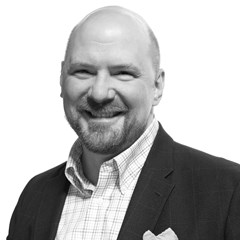 Michael Bolton has been with Opera Philadelphia since 2001. He oversees the Opera’s acclaimed student opera appreciation program, Sounds of Learning™, which reaches almost 8,000 students through free performances at the Academy of Music and interactive educational programs in schools. Under Mr. Bolton’s leadership, the program has expanded its reach to 150 schools from Cape May Court House, New Jersey, to Jim Thorpe, Pennsylvania.

Winner of OPERA America’s first ever Diversity Award in 2006 for his community-wide outreach programming, Mr. Bolton fosters partnerships and collaborations throughout the city through community and pre-performance lectures, free community recitals, open house events, film screenings, master classes, community sing-alongs, and much more. One of his most successful projects included the acclaimed Random Acts of Culture initiative, funded by the John S. and James L. Knight Foundation, which brought the arts out of the concert hall and into the community. Video documents of the RACs, including the Hallelujah Chorus at Macy’s and the Brindisi from La traviata, have yielded over 11 million hits on YouTube™.

Mr. Bolton also oversees Hip H’opera, a collaboration with Art Sanctuary. Begun 2007, the current program engages students from Esperanza Academy Charter School, Mastery Charter School, and South Philadelphia High School in self-expression and learning about the arts. This program will culminate in the creation of a new chamber opera inspired by students’ writings which will premiere in Spring 2017.

Mr. Bolton attended Temple University's Esther Boyer College of Music and studied classical voice with George Massey.  Following his college training he continued his vocal studies with Wayne Conner, Marianne Casiello, and Paulo Faustini.  He has performed roles in such operas as Gianni Schicchi, Un ballo in maschera, Beatrice et Benedict, and Tosca, and has sung with Bel Canto Lyric Opera, Concert Opera Philadelphia, and the Wayne Oratorio Society.  Prior to working with Opera Philadelphia, Mr. Bolton was radio producer and freelance voiceover actor; his voice has been heard throughout the Philadelphia region on area radio and television stations.