Opera in the Park: La traviata

Rescheduled for Thursday, September 9, due to inclement weather.

Experience a free outdoor screening of Verdi’s La traviata at “Opera in the Park” on Thursday, September 9, at 8:00 p.m. on the big screen at Dilworth Park. Featuring the acclaimed role debut of soprano Lisette Oropesa as Violetta, the Academy of Music production directed by Paul Curran was called “an impressive high-water mark” for Opera Philadelphia by the Philadelphia Inquirer.

Featuring Verdi’s most timeless and lyrical score, La traviata has continued to captivate audiences for more than 150 years. In the glamorous world of Paris—updated to the mid-20th century in this lavish production—the naive young Alfredo (tenor Alek Shrader) falls head over heels for beautiful party girl Violetta (Oropesa), despite the objections of his father Giorgio (baritone Stephen Powell). One of opera’s greatest romances takes a wrenching turn after they risk everything for a chance at enduring love. Spotlighting the talents of the Opera Philadelphia Orchestra and Chorus under the baton of Maestro Corrado Rovaris, La traviata is opera at its grandest!

The show will take place on the northern end of Dilworth Park, with Philadelphia’s historic City Hall in the background. Everyone is encouraged to pack a blanket or chair, as seating in the space is limited. In support of local restaurants, guests are encouraged to dine al fresco with takeout meals from nearby eateries. The Air Grille will also be open with a full menu, including beer, wine and cocktails for adults 21 and older. 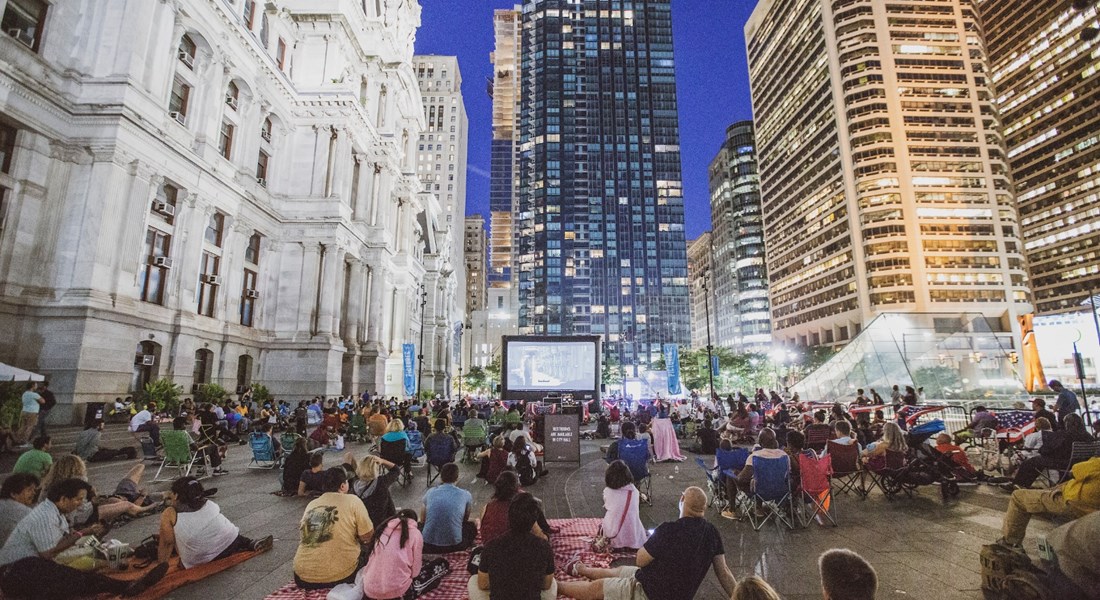