The John S. and James L. Knight Foundation today announced it is investing $2.5 million in support of O, Opera Philadelphia’s innovative new season-opening festival. Set to launch in September 2017, O will be a 12-day experience that will attract both opera buffs and new audiences to Philadelphia as a vital destination for experiencing opera in an exciting urban setting.

The new festival, featuring seven operatic happenings in six venues across the city, will open Opera Philadelphia’s season each fall. It will draw together some of opera’s most sought-after creative and performing artists for an immersion in the new American opera and innovative stagings of the classics for which Opera Philadelphia has attracted international acclaim. Opera Philadelphia will also continue to present three additional productions each spring, making it the only U.S. opera company to open an annual season with a dynamic festival.

O resulted from a data-driven study that revealed the need for unexpected and immersive experiences that speak meaningfully to both new and existing audiences.

“With this groundbreaking festival, Opera Philadelphia has the opportunity to re-envision the discipline, curate a series relevant to today’s audiences and demonstrate that opera is an accessible, vibrant, multidimensional art form reflective of our lives,” said Victoria Rogers, vice president for arts at Knight Foundation. “We’re looking forward to seeing the results, not just for Opera Philadelphia, a beacon for innovation in the field, but also for companies around the country.”

The $2.5 million investment will support Opera Philadelphia’s artistic planning and development, the creation of a new guest services center to better engage and build relationships with contemporary consumers, increased national marketing, and the festival launch in 2017.

“For much of the past decade, Opera Philadelphia has worked tirelessly to weave the art form into the civic fabric of Philadelphia’s public spaces,” said Opera Philadelphia Board Chairman Daniel K. Meyer, M.D. “From pop-up Random Acts of Culture, to the annual Opera on the Mall broadcast at Independence National Historical Park, to bold, collaborative, and site-specific works like Svadba-Wedding and ANDY: A Popera, the innovative programs presented by Opera Philadelphia have always had key support from Knight Foundation. They have been a vital partner in bringing opera to new audiences and stages year after year, and we are thrilled about this major investment in the future of opera in Philadelphia.”

The inaugural festival, O17, takes place from Sept. 14-25, 2017, when Opera Philadelphia and its collaborators will offer more than 25 performances at multiple venues across Philadelphia. Elizabeth Cree, a chamber opera by Pulitzer Prize-winning composer Kevin Puts and librettist Mark Campbell, receives its World Premiere in the Kimmel Center’s Perelman Theater. Underscoring the company’s commitment to programming works relevant to its multicultural community, Opera Philadelphia also presents the World Premiere of We Shall Not Be Moved; developed by composer Daniel Bernard Roumain and librettist Marc Bamuthi Joseph from the company’s Hip H’opera program in local inner-city schools, the new opera will be directed by the legendary Bill T. Jones in the Wilma Theater. A site-specific double bill pairs Il combattimento di Tancredi e Clorinda, Monteverdi’s tale of two warriors – one Christian, one Muslim – with I Have No Stories To Tell You, written in response to Monteverdi’s work, by Lembit Beecher and librettist Hannah Moscovitch. The two operas will be presented together as War Stories in collaboration with the Philadelphia Museum of Art. The exclusive East Coast appearance of Barrie Kosky’s renowned production of Mozart’s The Magic Flute will be mounted in the Academy of Music, with a free HD video broadcast at Independence National Historical Park in Opera Philadelphia’s celebrated Opera on the Mall series. As the inaugural Festival Artist, superstar soprano Sondra Radvanovsky will give a solo recital in the Perelman Theater and conduct a Master Class with emerging artists. Opera Philadelphia is also commissioning a short performance piece to interact with the world-class collection of the Barnes Foundation, where the work will receive its World Premiere.

The October 2015 announcement was met with positive feedback from both opera lovers and the media. The New York Times said Opera Philadelphia would “add more performances in a way better tailored to opera fans.” The Philadelphia Inquirer called festival O “a bold move aimed at making Philadelphia a compelling stop on the opera-lover circuit.” The Washington Post reported, “Opera Philadelphia has been working on becoming the very model of a modern opera company.” 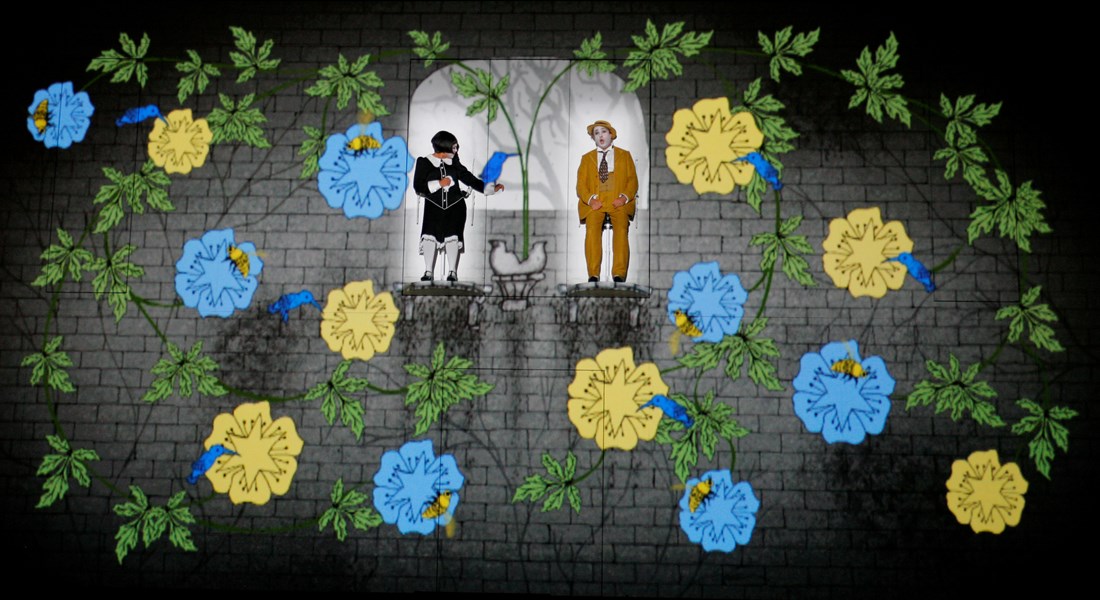 “This investment from Knight Foundation comes at an exciting time of creative instigation at Opera Philadelphia, both on the stage and behind the scenes,” said General Director & President David B. Devan. “This week, as Music Director Corrado Rovaris along with a creative team led by composer Jennifer Higdon has gathered with some of the world’s leading opera singers in Philadelphia to begin rehearsals for the East Coast Premiere of Cold Mountain at the Academy of Music, a number of future projects have also continued to evolve. Later this month, composer Missy Mazzoli and her team will be in our city for the final workshop of their new opera Breaking the Waves, which is set to launch our 2016-17 Season. Meanwhile, Kevin Puts and Mark Campbell continue to craft the score and libretto of their new chamber opera Elizabeth Cree, which will premiere in O17. And we’ll cap the month of January in New York City with composer Daniel Bernard Roumain, librettist Marc Bamuthi Joseph, and director Bill T. Jones, for a week of workshops to shape their O17 world premiere opera, We Shall Not Be Moved.”

Opera Philadelphia is committed to embracing innovation and developing opera for the 21st century. Described as “one of the leading instigators of new work in the country” by Opera News, Opera Philadelphia was the only American finalist for the 2015 International Opera Award for Accessibility, a category that recognizes innovative ideas that broaden access to opera. For more information, visit operaphila.org.