Nearly three years after its sold-out world premiere at Festival O17, We Shall Not Be Moved returns in a special television premiere presented in collaboration with WHYY-TV12 as part of Opera Philadelphia’s Digital Festival O. Named one of the “Best Classical Music Performances of 2017” by the New York Times, the chamber opera will be broadcast on Sunday, May 10, at 2:00 p.m. throughout the Greater Philadelphia region on WHYY (Comcast 812 and FiOs 512), and will premiere on YouTube and operaphila.org on May 10 at 7:00 p.m., streaming on-demand through August 31.

Countertenor John Holiday, who stars in the opera as John Blue, one of the five members of the Family Stand, will celebrate the broadcast premiere of the opera with a special living room recital on Friday, May 8, at 7:00 p.m. via Facebook Live (facebook.com/OperaPhila/). With a voice that’s “a thing of astonishing beauty” (New Yorker), Holiday performs an intimate program ranging from Poulenc to Handel to Gershwin. 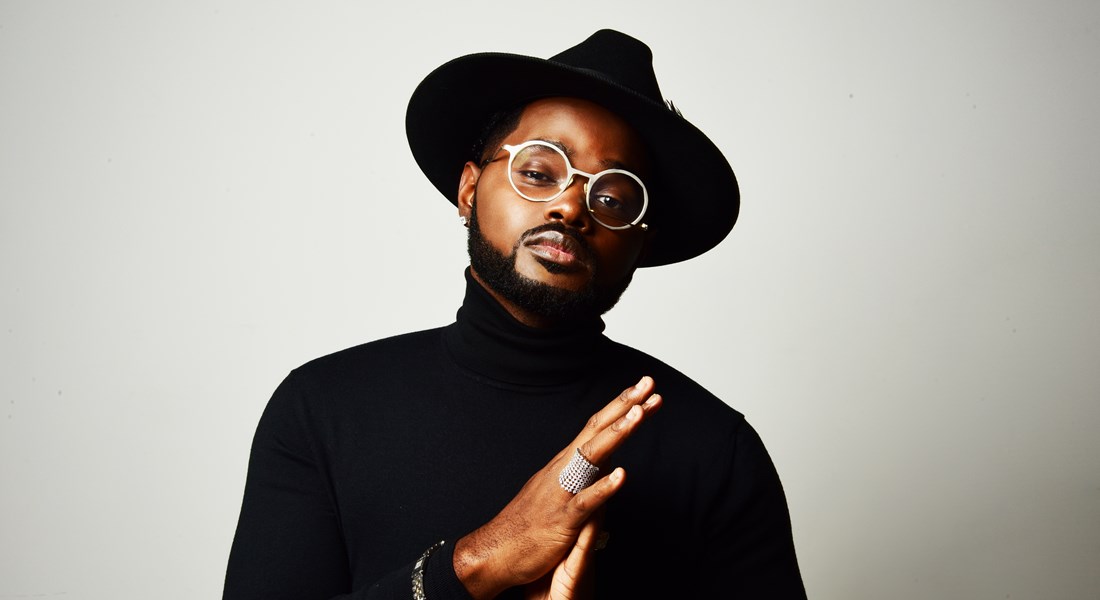 Drawing on the collective talents of Haitian-American composer Daniel Bernard Roumain, Haitian-American librettist Marc Bamuthi Joseph and peerless director, choreographer and dramaturge Bill T. Jones, We Shall Not Be Moved tells the story of five North Philadelphia teen runaways and their confrontation with the local police, in a timely exploration of national identity, race, gender, personal responsibility, and the limits of the public education system. Rising from the enduring ashes of the Philadelphia police’s May 13, 1985 bombing of the MOVE compound in West Philadelphia, where the opera is set, the broadcast marks the 35th anniversary of the tragic event.

In a production that combines spoken word, contemporary dance, video projection, and classical, R&B, and jazz singing with a brooding, often joyful score, the creative team’s original story depicts five North Philadelphia teens on the run. Comprising a 15-year-old African-American girl and her self-selected “family” of four brothers – a black-identified white boy and three African-Americans, one of whom is transgender – their confrontation with a local police officer – herself a woman of color – raises timely questions of national identity (what is an American and what is America?), gender identity, the insidious nature of racism, police presence in minority neighborhoods and the violence that sometimes ensues, and the failure for some of the education system. Ultimately the work hinges on the notion of personal responsibility.

We Shall Not Be Moved grapples with its controversial themes through the tight lens of a single story: that of the five teenage runaways who style themselves the “Family Stand.” They seek refuge in a condemned house on the site of West Philadelphia’s former MOVE compound. Confronted there by Glenda, a Hispanic police officer, they draw comfort and even a degree of inspiration from the ghosts who haunt their new home, and come to consider their squatting not merely as self-preservation, but as an act of resistance.

Conducted by Viswa Subbaraman and starring spoken word artist Lauren Whitehead (Un/Sung), soprano Kirstin Chávez (Glenda), countertenor John Holiday (John Blue), tenor Daniel Shirley (John Little), baritone Adam Richardson (John Mack), bass-baritone Aubrey Allicock (John Henry), and dancers Michael Bishop, Duane Lee Holland, Jr., Tendayi Kuumba, and Caci Cole Pritchett (as the OGs), the opera’s world premiere production was a hit with audiences and critics alike, with seven sold-out performances at the Wilma Theater. We Shall Not Be Moved was hailed as a “highly polished piece of theater” (Philadelphia Inquirer) that “succeeds on the level of art and not just polemic” (Opera News). After making successful New York and European debuts at Harlem’s Apollo Theater and Amsterdam’s Opera Forward Festival, where it was presented by Dutch National Opera, it returned to Philadelphia in 2018 for a free outdoor Opera on the Mall screening for an audience of nearly 4,000.

The acclaimed opera will also be broadcast for students on WHYY’s secondary channel Y2 (available on 12.2, Comcast 257, Verizon Fios 474) on Friday, May 15, at 1:00 p.m., as part of WHYY Brings the Classroom Home. Educational offerings for teachers and students to supplement this broadcast can be found at www.operaphila.org/learnmoved