David T. Little’s Soldier Songs has been hailed for its powerful exploration of the perceptions versus the realities of war. Based on interviews with veterans of five wars, the piece combining elements of theater, opera, and rock-infused concert music has received several imaginative stage productions. Now, Opera Philadelphia brings the acclaimed opera to the screen in a new film premiering on Friday, January 22, 2021 on the Opera Philadelphia Channel.

Johnathan McCullough, “a baritone of solid accomplishment” (Opera Today), embodies the Soldier and he also directs Soldier Songs, which was filmed on location at the Brandywine Conservancy in Chester County, Pennsylvania, by the site of a significant Revolutionary War battle of 1777.

“This production really started with Johnathan; he approached me with the idea,” Little said. “He said ‘I have this idea for a Soldier Songs production that lives in an Airstream' …  then when the pandemic happened and programming had to get shifted around, Opera Philadelphia got involved, and now we’re making this movie, which I couldn’t be more excited about.”

McCullough and producer James Darrah, whose directing credits at Opera Philadelphia include Semele (2019) and Breaking the Waves (2016), collaborated on the screenplay for the film, with Opera Philadelphia’s Jack Mulroney Music Director Corrado Rovaris leading the music.

“In choosing to produce the opera as a cinematic piece as opposed to a filmed staged version,” said McCullough, who both performs the titular role and makes his directorial debut, “it allowed us to bring the viewers eye to detail that would otherwise potentially be overlooked. I always find it interesting when productions no matter how grand, create an atmosphere that feels very immediate for the audience almost like they are on stage with the characters. Turning the opera into a film allowed us to do that throughout, getting the viewer to experience life in the character’s shoes right alongside him.” 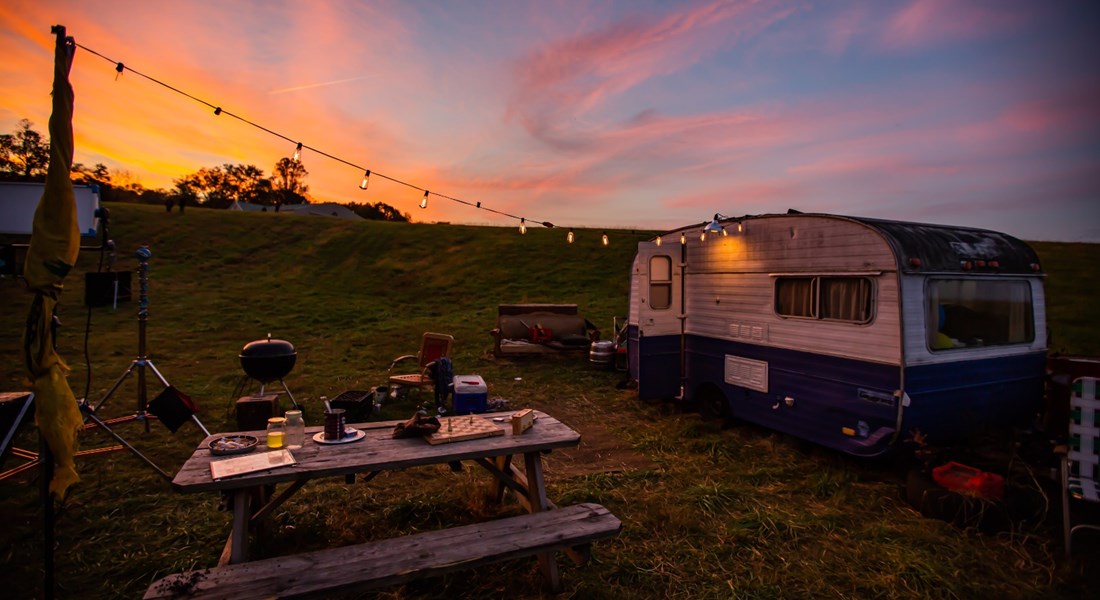 Based on the accounts of Little’s friends and family members who served in World War II, the Vietnam War, the Gulf Wars and in Afghanistan, Soldier Songs was written by Little in 2006 and has been performed by opera companies around the United States. The film is an intimate, unvarnished, and often surreal reimagining of the piece that delves into the psychological effects of war and trauma. Scenes of playing video games and with toy soldiers, of reliving battles and loss, are all seen through the lens of the Soldier, and take place within the confines of a broken-down trailer that morphs from home to tank.

“I’m always excited when new productions happen, because I think new productions can tell you new things about the piece,” Little said. “I love that experience, it’s one of the great gifts of being a composer working in this discipline, that you get to discover things constantly because other people are contributing to the life of the work.”

An accomplished rock drummer and the founding artistic director for the amplified chamber ensemble Newspeak, David T. Little fuses classical and popular idioms to powerful effect. The New Yorker called him, “one of the most imaginative young composers on the music-theatre scene.” Little’s operas include Dog Days, JFK, Vinkensport, and Soldier Songs. He was Opera Philadelphia’s Composer in Residence from 2014–2017.

Baritone Johnathan McCullough, a former Opera Philadelphia Emerging Artist, is a graduate of the Curtis Institute of Music and was previously seen at Opera Philadelphia in 2019’s A Midsummer Night’s Dream, 2017’s Elizabeth Cree, and 2017’s Carmen. McCullough was a Young Artist at the Glimmerglass Festival, Opera Theatre of Saint Louis and the Aspen Music Festival, and has performed with English National Opera, Opéra de Lausanne, Wolf Trap Opera, Lyric Opera of Chicago and Komische Oper Berlin.

Soldier Songs will be available on-demand from January 22, though May 31, 2021. It can be viewed with a $99 season pass or as a seven-day rental for $25. Learn more at operaphila.tv. A free program produced as part of the Reflection & Re-vision series will accompany the film on the Opera Philadelphia Channel and feature interviews with veterans.

Solider Songs, with music and libretto by David T. Little, is directed by and stars Johnathan McCullough, with screenplay by James Darrah and Johnathan McCullough. Producers are James Darrah and John Toia. Executive producers are David B. Devan and David Levy. Post-production on the film is by FreshFly, with Anderson Nunnelley as associate producer and audio mixing by Lewis Pesacov. Vic Carreno is editor and Phil Bradshaw is director of photography.