Opera Philadelphia, in partnership with arts organizations from across the country, presents the World Premiere of “They Still Want to Kill Us”

Streaming for free May 25, 8pm ET through July 31 on the Opera Philadelphia Channel, ApolloTheater.org, and elsewhere

Nationwide (USA) – May 10, 2021 - On Tuesday, May 25, 2021 at 5pm Pacific/8pm Eastern, a group of arts institutions across the nation will premiere the short film “They Still Want to Kill Us,” an aria by composer and activist Daniel Bernard Roumain (DBR), performed by mezzo-soprano J’Nai Bridges, and directed by filmmaker Yoram Savion, to mark the 100th anniversary of the 1921 Tulsa Race Massacre. It speaks truth to what transpired in 1921 at the Tulsa Race Massacre, an atrocity all but deleted from history until recently. The work is being premiered to mark one year since the murder of George Floyd: a commentary on our progress this last century on the issue of race and America’s treatment of Black life. “They Still Want to Kill Us” will premiere for free on YouTube and Facebook; beginning May 26 it will stream for free on the Opera Philadelphia Channel and on each partner’s website or streaming platform until July 31.

The program will include the premiere of the piece by Savion, a discussion with DBR and Bridges, moderated by Jamilla Deria, and a statement of support for the Justice for Greenwood Foundation.

Learn more about the uncensored aria and project at www.theystillwanttokillus.com. 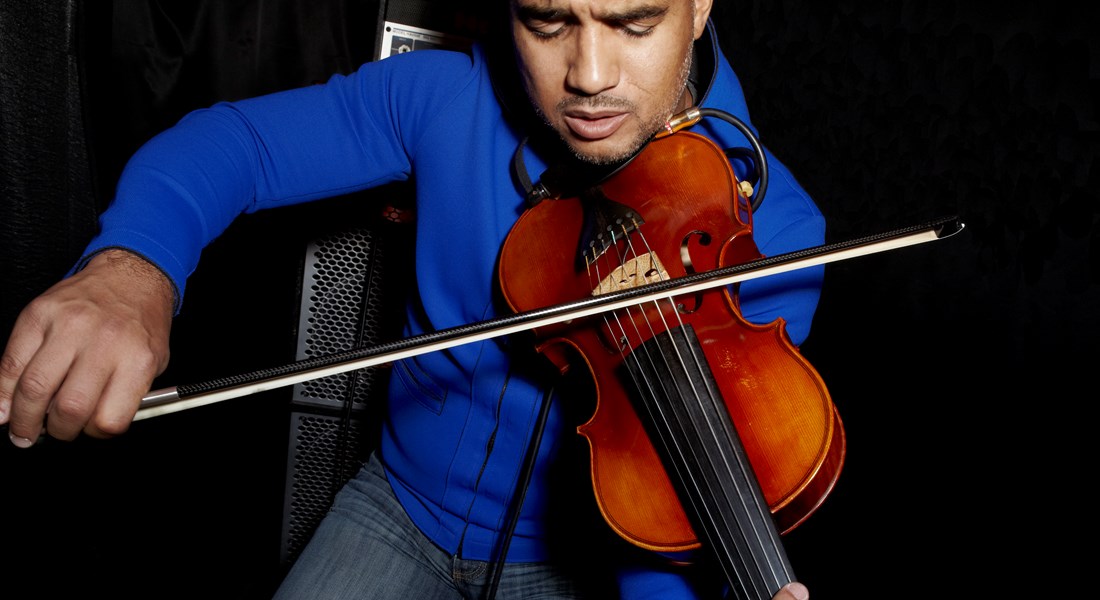 This work of social justice and global change is produced by Rika Iino and Ichun Yeh of Sozo Creative with support from Phillips Theological Seminary in Tulsa, OK, and is commissioned by the Apollo Theater, Opera Philadelphia, the Fine Arts Center at the University of Massachusetts Amherst, Capital One City Parks Foundation SummerStage Anywhere, Joe's Pub, Stanford Live, University Musical Society at the University of Michigan, Zoellner Arts Center at Lehigh University, The Arts Center at NYU Abu Dhabi, Creative Alliance, Bill Bragin, and Washington Performing Arts with support from National Sawdust and the Lotus Education and Arts Foundation, distributed by ActiveCultures, Esty Dinur, globalFEST, ¡Globalquerque!, and HotHouse.

“Daniel’s beautiful project was in need, and the nationwide response of all these organizations quickly coming together to make an even bigger version of it happen shows what can happen when people work together in this historical moment of racial reckoning in the USA,” states Jamilla Deria, Executive Director of the UMass Amherst Fine Arts Center. “Together, we are imagining what more we could all do because we have realized what’s at stake for everyone in society. We must lift each other up, and Daniel’s project is a perfect vehicle to demonstrate both the brutal reality and communal potential of American society.”

DBR: “What happened to American citizens on May 31, 1921 in Tulsa, Oklahoma was a massacre by white people perpetrated upon Black people. A toxic mix of misinformation, bigotry, ignorance, and white rage ignited a race war that left hundreds dead, a community destroyed, and a nation still struggling for its identity. It seems that some white people still want to kill us (Black people), and the murder of Breonna Taylor and George Floyd and so many others is evidence of this bloodlust sown deep within the American psyche. What are the words and methods of The New Racism? Each day we bear witness to it. Violence against those who are Other in America is deeply rooted in our history, and we have a choice. We can be silent -- or we can move mountains and create new spaces for our communities.”

During the 1921 Tulsa Race Massacre, which occurred over 18 hours from May 31 to June 1, 1921, a white mob attacked residents, homes, businesses, and places of worship in the predominantly Black Greenwood neighborhood of Tulsa, Oklahoma. This thriving business district and surrounding residential area, referred to as “Black Wall Street,” was burned to the ground. The tragedy remains one of the worst incidents of racial violence in U.S. history, and, for a period, remained one of the least known. Despite the fact hundreds of people were killed and thousands more left homeless, news reports were largely suppressed.

“They Still Want to Kill Us” was filmed in May 2021 in New York City’s Sultan Room and Central Park’s historic Seneca Village site. A 19th-century settlement mostly populated by the largest number of African American landowners in New York before the Civil War, the site was torn down to help make way for Central Park. 225 residents (two-thirds Black and one-third Irish) lost 50 homes, three churches, and a school of African American children. Through archival image references and evocative visual narrative, we connect the past and the present, highlighting a pattern of hidden and historically ignored state violence and the forcible displacement of African American landowning communities across the nation.

The aria is a part of a larger pocket opera of the same name currently being developed by DBR and slated to premiere in the 2021-2022 season. 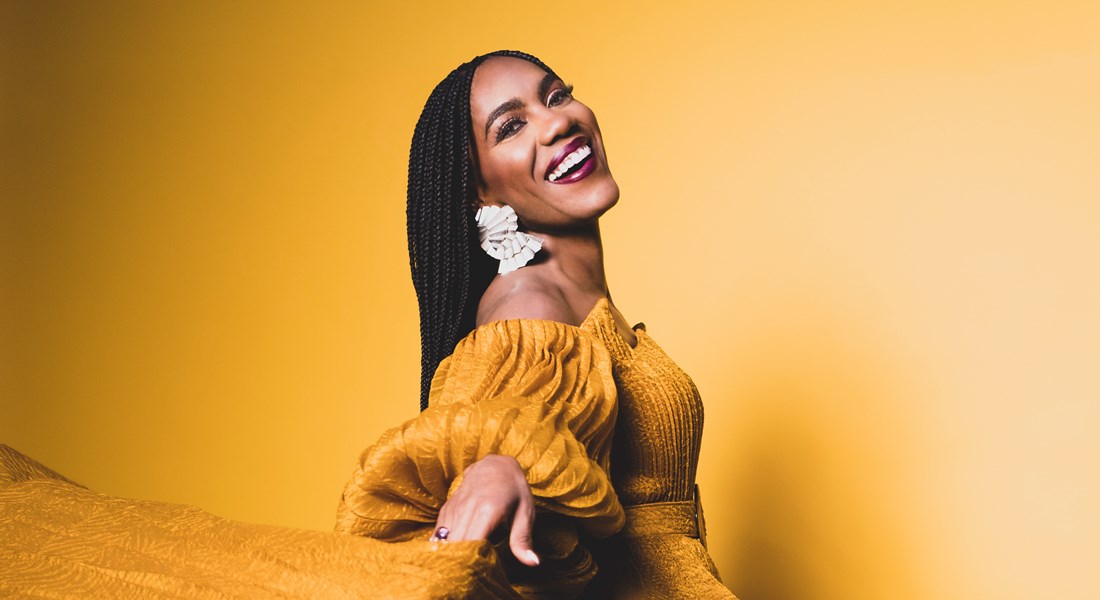 DBR’s acclaimed work as a composer, performer, educator, and activist spans more than two decades, and he has been commissioned by venerable artists and institutions worldwide. “About as omnivorous as a contemporary artist gets” (New York Times), DBR is perhaps the only composer whose collaborations span Philip Glass, Bill T. Jones, Savion Glover, and Lady Gaga. He most recently scored the film Ailey (d. Jamila Wignot), which premiered at Sundance Film Festival in 2021.

American mezzo-soprano J’Nai Bridges, known for her “rich, dark, exciting sound” (Opera News) is quickly becoming one of the most sought-after talents of her generation, gracing the world’s top stages in repertoire ranging from traditional favorites to world premieres to spirituals and standards.

Yoram Savion is a filmmaker, writer, and multimedia artist. His pan-genre, award-winning onscreen work spans movement-based documentation, narrative, documentary for youth- and humanitarian-centric initiatives, and creative work for multinational brands. The innovative filming techniques developed in the production studio he co-founded has drawn a strong global following, with more than a half billion views online.

As an essential part of the project, we refer the public to support the Justice for Greenwood Foundation (https://www.justiceforgreenwood.org/), a network of activists, attorneys, volunteers, experts, and descendants of the 1921 Tulsa Race Massacre seeking accountability, financial compensation, publication, and greater truth-telling around the facts and legacy of the 1921 Tulsa Race Massacre.

Opera Philadelphia, the only American finalist for both the 2016 International Opera Award for Best Opera Company and the 2020 International Opera Award for Best Festival, is “the very model of a modern opera company” (Washington Post). Committed to embracing innovation and developing opera for the 21st century, the company is “one of American opera’s success stories” (New York Times). The company presents filmed performances on the Opera Philadelphia Channel, which creates a digital space in which artists can perform and explore, through a series of new commissions by visionary composers and dynamic performances produced for the screen. Season subscriptions priced at $99 are offered along with pay-per-view rental options for individual performances. The channel is available for viewing on computers and mobile devices, and on TV screens via Chromecast and the Opera Philadelphia Channel app on AppleTV, Android TV, Roku, and Amazon FireTV. For more information, visit operaphila.tv.