The 90-minute concerts will feature limited seating for socially distanced audiences and enhanced safety measures; fans can also support the artists via a digital stream and special “fill the house” campaign

Building on the success of its digital season on the Opera Philadelphia Channel, described by the New York Times as “laying claim to the mantle of making new material during the pandemic” and “one of the best bets going, worldwide,” Opera Philadelphia has announced plans to bring music to live audiences this spring with three outdoor performances of a concert adaptation of Puccini’s Tosca. Performed for socially distanced audiences in the TD Pavilion at the Mann in Philadelphia’s Fairmount Park, the 90-minute concerts will take place on Wednesday, May 5, at 7:00 p.m.; Friday, May 7, at 8:00 p.m.; and Sunday, May 9, at 2:00 p.m. Grammy-winning Puerto Rican soprano Ana María Martínez stars in her company and title role debuts as Puccini’s troubled heroine, opposite American tenor Brian Jagde, who makes his company debut as Tosca’s doomed lover, the painter Cavaradossi, and baritone Quinn Kelsey in his company and role debuts as the treacherous Baron Scarpia.

In a special concert adaptation, the tragic tale of Tosca takes on a completely new dimension. Seen through the eyes of an omniscient narrator, this innovative version of Puccini’s beloved work bridges opera and storytelling, highlighting major themes from the original. Created to address concerns around audience and artist safety, The Drama of Tosca is only 90 minutes (with no intermission) and focuses on the three principal characters, joined by the spoken narrator. Jack Mulroney Music Director Corrado Rovaris leads 68 players from the Opera Philadelphia Orchestra, who will appear on stage with the singers, with Elizabeth Braden leading 40 singers from the Opera Philadelphia Chorus, who will sing from the balcony level of the Mann, creating a unique concert experience around Puccini’s great political thriller.

The concerts replace five previously scheduled Academy of Music performances of a stage production from Teatro Regio di Parma. Opera Philadelphia subscribers who purchased tickets for the Academy shows will receive first access to the Mann performances, which will be capped at approximately 500 audience members per show. Any remaining tickets are slated to go on sale in April. 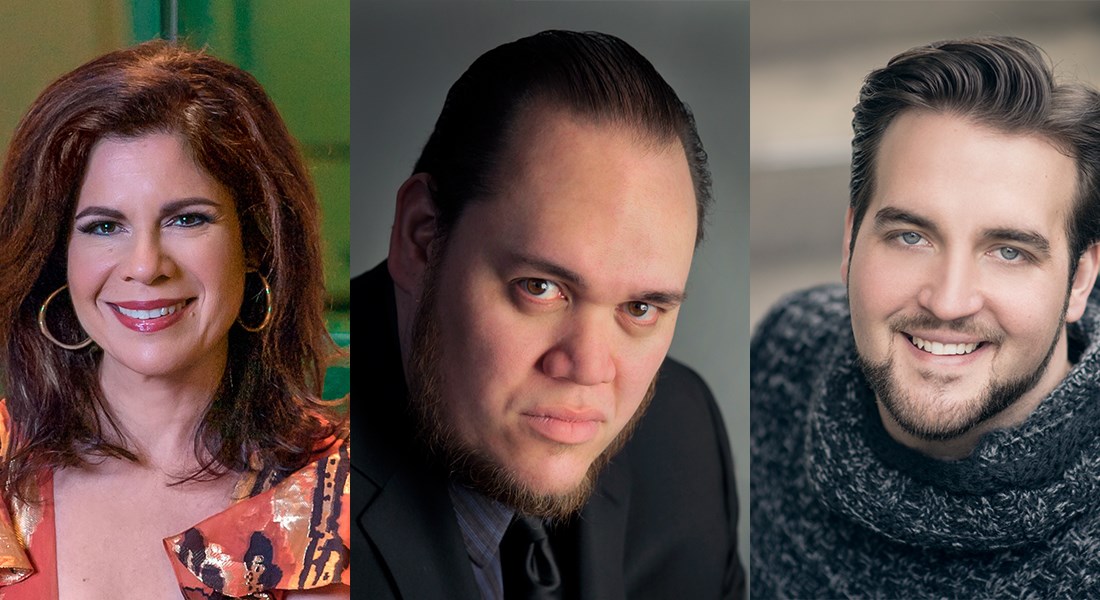 “We have been working hard to get artists back to work and to bring them together with the audiences who love to see and hear them perform live,” said David B. Devan, General Director & President of Opera Philadelphia. “Shortly after the pandemic began, as we spoke with our artists and audiences about when they would feel safe returning to live performances, the idea of initially gathering outdoors was strongly favored. We are thrilled to have the amazing open-air Mann Center for the Performing Arts here in Philadelphia, and I am so grateful to Catherine Cahill, President and CEO of the Mann, for welcoming us into her home. The Mann staff has been working diligently with Opera Philadelphia’s Artistic and Guest Services teams, consulting the recommendations of public health officials, to create a welcoming environment with enhanced safety protocols, so we can get back to the joy of experiencing live music together. With seating limited due to social distancing, I am also thrilled that we will be filming the concert to stream on the Opera Philadelphia Channel beginning in June.”

“We couldn’t be more thrilled to be welcoming Opera Philadelphia to the Mann in May,” said Cahill.  “We’ve all sacrificed so much this year, and that’s certainly true for the arts community and all who love and support the arts. It’s why we are honored to be playing a central role in bringing live performances back to Philadelphia. The Mann is singularly suited for this role as Philadelphia’s preeminent outdoor music destination, and to have the opportunity to be working in collaboration with David Devan and Opera Philadelphia’s incredible creative team is very special. I am also beyond excited to share that Opera Philadelphia’s early May performances will mark the beginning of the Mann’s 2021 season, and we will have more to announce in the coming weeks about additional performances.” 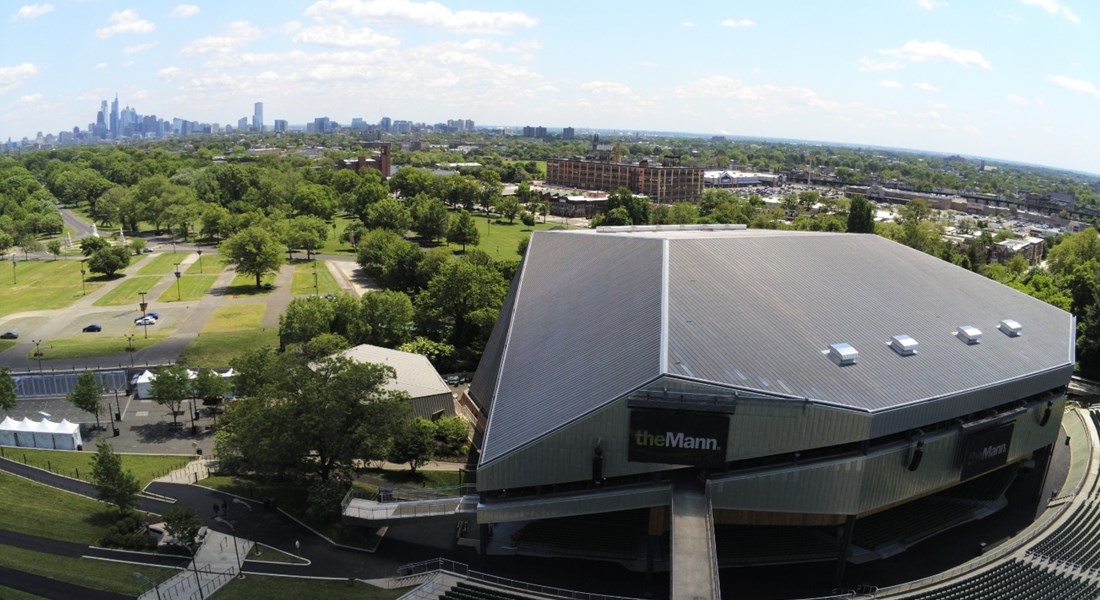 The Mann Center for the Performing Arts in Philadelphia's Fairmount Park

Enhanced safety precautions will be in effect for the performances, including mandatory masks for all audiences and staff, reduced audience capacity, physical distancing, paperless ticketing, and a mandatory self-health assessment. Concessions will be closed, and food and beverages will not be permitted on the Mann campus for these performances.

Opera fans are offered a unique opportunity to support the artists through a special “Fill the House” campaign launched today by Opera Philadelphia. For a $100 donation, fans can “fill” an empty seat in the TD Pavilion at the Mann with a photo cutout of themselves dressed in their finest opera attire or their Opera Philadelphia gear. Donations will help the company pay the more than 120 artists and production staff who have not performed together on the opera stage in 15 months, while helping the artists perform to a “full house” in May. Donors will also receive a code to watch a free stream of the concert in June, where they might just spot themselves in the audience. Details on the fundraising campaign are available at operaphila.org/fullhouse. 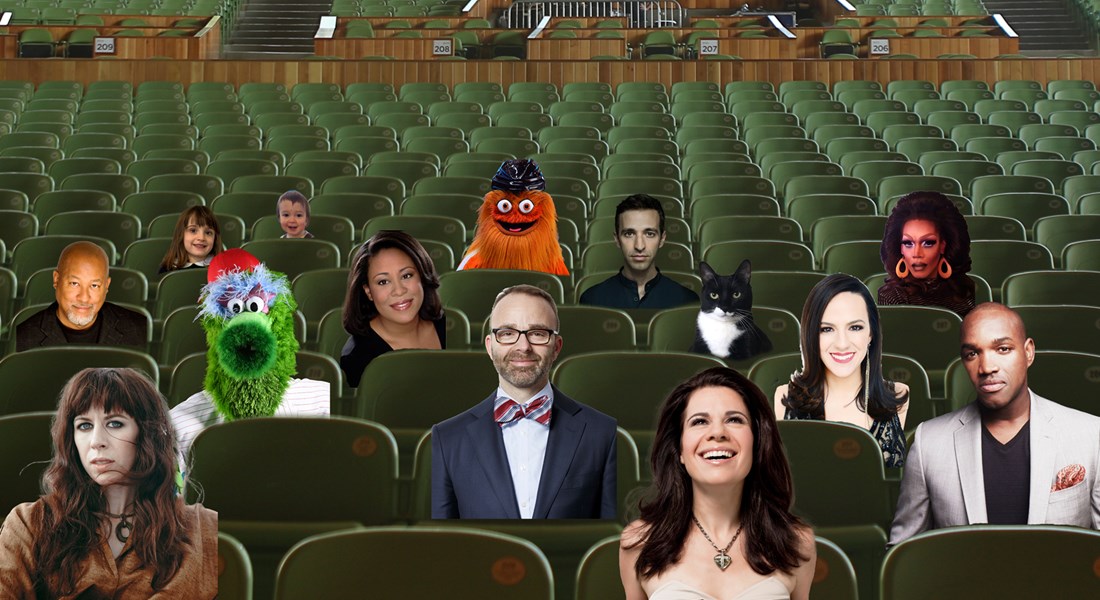 Fans can support the artists by placing a personalized cardboard cutout in an empty seat Credit: Opera Philadelphia

Puccini’s lethal love triangle unfolds over the course of 24 hours, from June 17-18, 1800. In a nod to the dates of the opera’s action, a filmed version of the concert will premiere on the Opera Philadelphia Channel on Thursday, June 17, 2021, and will be available for rent as well as unlimited viewing with an annual channel pass.

The Drama of Tosca
Music by Giacomo Puccini; libretto by Giuseppe Giacosa and Luigi Illica
Adapted by Francesco Micheli
Concert Performances
Wednesday, May 5, at 7:00 p.m.
Friday, May 7, at 8:00 p.m.
Sunday, May 9, at 2:00 p.m.
TD Pavilion at the Mann
Performed in Italian with English narration and English supertitles
90 minutes with no intermission
Underwritten, in part, by Judy and Peter Leone

Opera Philadelphia, the only American finalist for both the 2016 International Opera Award for Best Opera Company and the 2020 International Opera Award for Best Festival, is “the very model of a modern opera company” (Washington Post). Committed to embracing innovation and developing opera for the 21st century, the company is “one of American opera’s success stories” (New York Times). The company is in the midst of a digital season on the Opera Philadelphia Channel, which creates a digital space in which artists can perform and explore, through a series of new commissions by visionary composers and dynamic performances produced for the screen. Season subscriptions priced at $99 are offered along with pay-per-view rental options for individual performances. The channel is available for viewing on computers and mobile devices, and on TV screens via Chromecast and the Opera Philadelphia Channel app on AppleTV, Android TV, Roku, and Amazon FireTV. For more information, visit operaphila.tv.

As one of the foremost outdoor music centers in the country, the Mann Center for the Performing Arts, a leading non-profit organization, has a historical legacy of artistic excellence as a world-class entertainment destination presenting premier artists, now in association with Live Nation Entertainment. Each summer season, renowned symphony orchestras, iconic rock stars and the latest touring artists in indie rock, hip hop, R&B and pop take the stage here. The Mann is the summer home of The Philadelphia Orchestra and has presented critically acclaimed performers in every decade since the 1930s. Located in the heart of Philadelphia’s Fairmount Park, the Mann hosts more than 200,000 visitors annually. Signature concert experiences are surrounded by Philadelphia’s stunning skyline and include seats beneath the Mann’s acoustically acclaimed TD Pavilion; picnics, blankets and music under the stars on its Great Lawn or at the top of the hill at the Skyline Stage; and dining in Crescendo, the venue’s spectacular tented restaurant.  In addition, the Mann’s Education & Community Engagement Program reaches tens of thousands of young people annually through free programming and educational initiatives as well as its virtual Mann Music Room.  For more information, visit www.manncenter.org.