Opera Philadelphia returns to the Academy of Music stage Feb. 3 and 5, 2023, gathering nearly 200 performers from the company’s Chorus and Orchestra for a concert of Carl Orff’s Carmina Burana and Margaret Bonds’ Credo, pairing one of classical music’s most recognizable choral works with a rarely performed masterpiece. The concert marks both the Philadelphia premiere of Credo and the company debut of a rising star, conductor Lina González-Granados.

When Orff (1895–1982) premiered his rollicking cantata in 1937, he couldn’t have imagined that its opening strain “O Fortuna” would become one of the most-quoted music themes in American popular culture, and Carmina Burana one of the most popular pieces of the classical music repertoire. In Opera Philadelphia’s concert, the piece is paired with Bonds’ magisterial Credo, which followed a much less celebrated path to the stage. Based on a prose poem by W.E.B. Du Bois, the work is an affirmation of racial justice, peace, and Black pride expressed through powerful melodic language and ingenious orchestration.  Credo premiered in 1967 but Bonds was only able to hear her composition live two times before her death in 1972, as it remained unpublished until 2022.

Joining the concert as soloists are soprano Brandie Sutton, tenor Alasdair Kent, and baritone Ethan Vincent. The concert marks Sutton and Vincent’s company debuts with Opera Philadelphia. The dynamic Sutton has garnered accolades and devoted fans around the globe, hailed by the New York Times for her “warm, ample voice.” Kent, a graduate of Philadelphia’s Academy of Vocal Arts, is an alumnus of Opera Philadelphia’s Emerging Artist Program who has been described as “disarmingly charming” by Bachtrack. Called “a rising star” by the Philadelphia Inquirer, Vincent is rapidly gaining recognition as a versatile artist with a “robust baritone voice and compelling stage presence” (Chicago Tribune).

The soloists will be led by Colombian American conductor Lina González-Granados, who has distinguished herself nationally and internationally as a singularly talented young conductor. The LA Times recently named her one of the “power players” breaking through barriers in opera. "When González-Granados conducts, it’s as if the music is alive inside her body, flowing through her arms, dancing with all the right steps.”

Her powerful interpretations of symphonic and operatic repertoire, as well as her dedication to highlighting new and unknown works by Latin-American composers, have earned her international recognition, most recently as the recipient of the 2021 Sphinx Medal of Excellence, the Third Prize and ECHO Special Award (European Concert Hall Organization) of La Maestra Competition, as well as the 2020 and 2021 Solti Foundation US Career Assistance Award.

After winning the Fourth Chicago Symphony Orchestra Sir Georg Solti International Conducting Competition, Lina was named the new Solti Conducting Apprentice under the guidance of Maestro Riccardo Muti, starting in February 2020 and continuing through June 2023. Last season, she was also appointed Resident Conductor by the LA Opera, a post she will hold through June 2025. She has also held positions as Conducting Fellow of the Philadelphia Orchestra and Seattle Symphony. 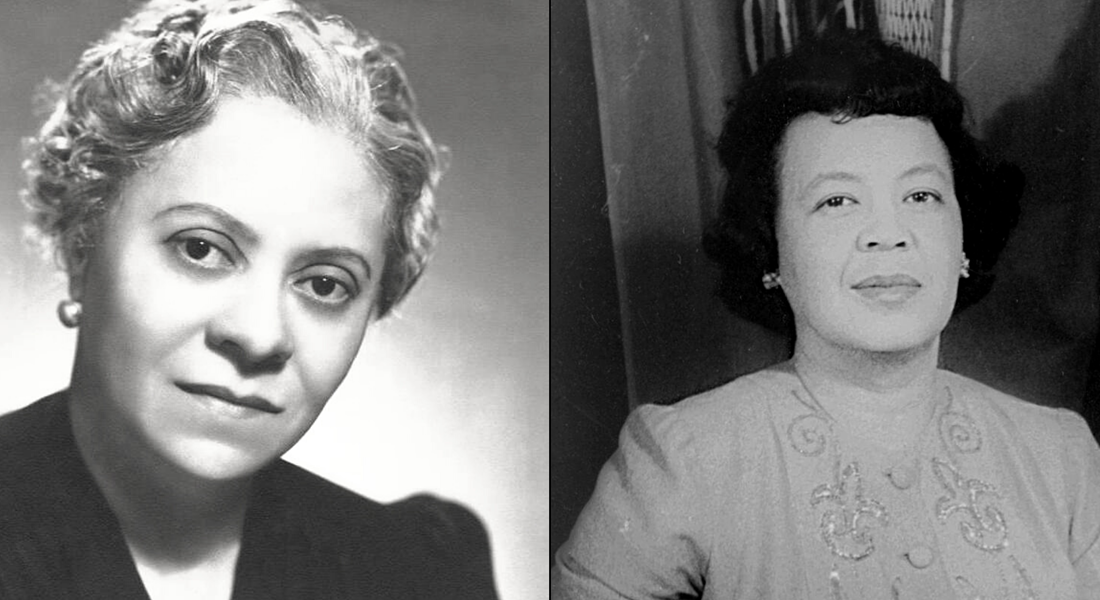 The Credo concert performances are part of the multi-year celebration of Margaret Bonds and Florence Price, who played significant roles in the development of classical music and American history as two of the most prominent Black women composers of the 20th century. Sounds of America: Price and Bonds amplifies and centers Black artists, creatives, and scholars through accessible student-focused programming and public events beginning September 2022. This Opera Philadelphia initiative includes several partnerships with organizations, venues, and artists across Philadelphia and nationwide.

Upcoming Sounds of America events include “Hold Fast to Dreams,” a recital featuring works by Florence B. Price, Margaret Bonds, Julia Perry, Tania  León, and Nkeiru Okoye on Tuesday, February 14 at 3:30 p.m. at Temple University; and “Marian’s Song: A Musical Opera Storytime,” featuring free readings of the children’s book When Marian Sang about the life of Philadelphia contralto Marian Anderson, featuring compositions by Price and Bonds interwoven through the storytelling, on Sunday, April 16, at 2:00 p.m. at Settlement Music School and Saturday, May 20, at 10:30 a.m. at the African American Museum of Philadelphia.

Margaret Bonds (1913-1972) was an American composer and pianist who wrote and performed classical works, arrangements of African American spirituals, and popular music. She was one of the first Black woman composers to gain nationwide recognition for her work. At 20, she became the first Black soloist to perform with the Chicago Symphony Orchestra. Bonds is best remembered today for her comprehensive output of music and her dedication to advancing the careers of prominent Black creatives through performance and collaboration.

Florence Beatrice Price (1887-1953) was a composer, pianist, organist, and teacher, who shattered glass ceilings as a Black woman working in classical music. Price wrote hundreds of works, which include symphonies, concerti, works for choir, chamber ensemble, organ, solo works, and extensive pieces for piano. Following her death, the bulk of her music was excluded from study and performance due to a lack of widespread publication, and a deep bias towards white, European traditionalism. It was not until the 21st century that Price’s music was truly highlighted, first by the Women’s Philharmonic compiling an album of her work in 2001, and again in 2009, when a substantial amount of her works was found at Price's abandoned composing retreat in St. Anne, Illinois. Her legacy continues to unfold, and her work is celebrated annually at The International Florence Price Festival.

Price and Bonds supported each other’s work while simultaneously achieving many historic firsts for Black women. Price was a friend and colleague of Bonds’ mother, Estella, who herself was an accomplished keyboard player and teacher. Estella eventually sent young Margaret to study with Price, and the two quickly established a lasting relationship as colleagues and friends amidst a circle of leading Black creatives of the time. Price and Bonds were prolific composers, and they wrote for a variety of forces in many different styles. From art songs and symphonies to popular music and arrangements of African American spirituals, there is music in their catalogues for everyone.