Stephen K. Klasko, MD, MBA, who steered one of the nation’s fastest growing academic medical institutions based on his vision of advancing higher education and health care for all Philadelphians, will continue to serve the city in a new role as Chairman of Opera Philadelphia. Dr. Klasko, who retired as President of Thomas Jefferson University and CEO of Jefferson Health on December 31, 2021 and serves as a consultant to the Board of Trustees through June 2022, begins a three-year term as Chair of the Opera on June 1, 2022.

Named by the World Economic Forum in 2020 as a Distinguished Fellow for the Digital Economy, Dr. Klasko is one of the most respected executives in the healthcare industry, known for bridging the entrepreneurial mindset of Silicon Valley with traditional academic healthcare. Under his leadership as President and CEO, Jefferson Health became one the leading innovation health systems in the country. Over the course of his accomplished career, he has been dean of two medical schools and CEO of three health systems. He is deeply committed to transforming health care from its traditional focus on “sick care,” to a resilient, proactive system of “healthcare at any address” – designed to bend the cost curve through innovation, make quality care more accessible, and move population health, social determinants, and predictive analytics from philosophic exercises to the mainstream of clinical care and payment models.

Dr. Klasko will leverage his extensive leadership and experience to collaborate with Opera Philadelphia’s Board of Directors, administration, staff, and artists to identify, create, and accelerate new opportunities that fulfill the company’s promise of embracing innovation and developing opera for the 21st century. He is especially interested in investing in the city from which Opera Philadelphia draws its name, collaborating throughout the community to create accessible, relevant musical programming to foster a greater capacity for empathy and social cohesion. 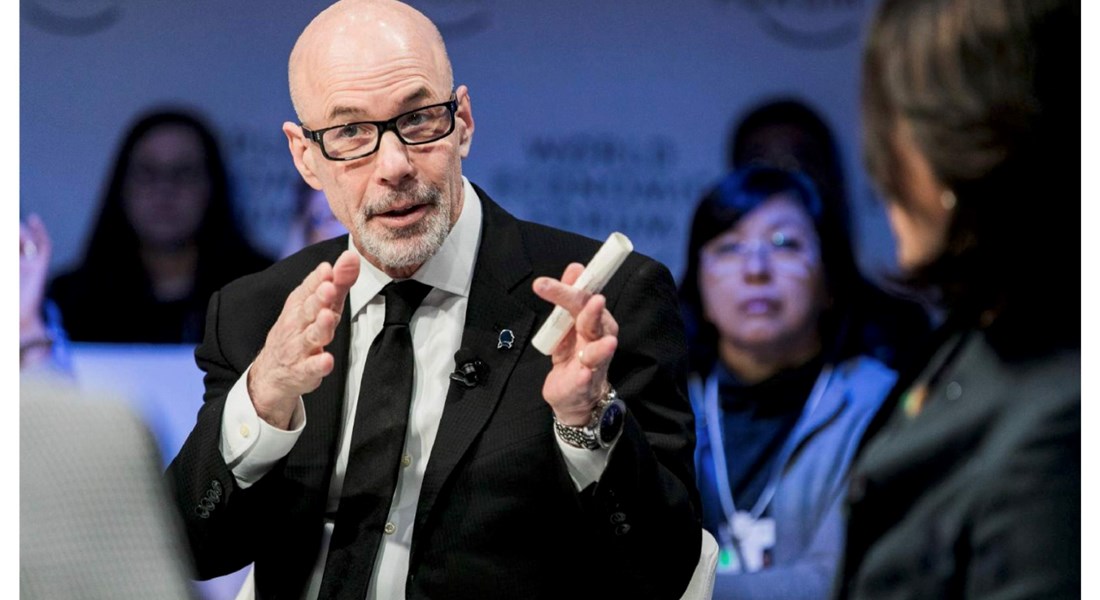 “In my time at Jefferson, ‘healthcare at any address’ became a guiding principle, so as I considered my next opportunity to serve Philadelphia it quickly became clear to me that Opera Philadelphia was where I needed to be,” said Dr. Klasko. “This is a company that is strongly guided by storytelling and a belief that access to the arts is a human right. With that as our starting point, I look forward to partnering with everyone at the company to explore the questions of what we currently mean to Philadelphia, what we should mean to Philadelphia moving forward, and how we can build deeper connections to all the people in our city as a collaborative, consistent, trustworthy, and Philly-centric organization.”

“The appointment of Dr. Stephen Klasko as the new Chair of Opera Philadelphia is an exciting event,” said Ira Brind, a longtime Opera Philadelphia supporter who worked with Dr. Klasko  for years as a member of the Jefferson board, on which he served from 1985-2021. “Steve is a visionary and strategic leader, who joins General Director David Devan, a major force in the opera world, Music Director Corrado Rovaris, the Board of Directors, and the staff, in helping shape and direct the exciting future of opera in Philadelphia."

Dr. Klasko led the 2017 merger of Thomas Jefferson University and Philadelphia University, which created a pre-eminent professional university with top-10 programs in health, fashion, design, and occupational therapy. Under his leadership, Jefferson Health has grown from three hospitals to 18. With the acquisition of HealthPartners Plans, a health insurer of nearly 250,000 adults and 11,000 children, Jefferson has grown from $1.8 billion to more than $8 billion in revenues with more than 45,000 employees, since Dr. Klasko was recruited in June 2013.

Outside investments increased dramatically during his tenure, especially through research grants and philanthropy. Dr. Klasko secured a $110 million gift, Jefferson’s largest ever, to rename Jefferson Medical College to Sidney Kimmel Medical College. Then, in 2019 the Kimmel Family donated another $70 million gift, Jefferson’s second largest in its history, to help build the Caroline Kimmel Research Building.

Dr. Klasko also serves on the board of Teleflex (TFX), a NYSE global medical device company with a market cap of $12 billion. He has served on both the audit committee and governance committee and has been a director since 2008. He also has been a trustee of Lehigh University, one of the nation’s leading engineering and business schools. He is married to Colleen Wyse, a fashion leader and founder of The Philadelphia Trunk Show, and has three children: Lynne, David, and Jill.

“We are thrilled to welcome Dr. Stephen Klasko as the new Chair of Opera Philadelphia,” said Willo Carey, Chair of the Nominating Committee of the Board. “Steve and his wife, Colleen, have been subscribers since 2014, and he has become a dear friend of the company and of Maestro Corrado Rovaris. We look forward to working under his visionary leadership, particularly in expanding equitable access to the arts and deepening our pool of supporters, thus enhancing the role of opera in the life of the city.”

Dr. Klasko succeeds Peter Leone, who has been a member of Opera Philadelphia’s Board of Directors since 2012 and became Chair in October 2017. He and his wife, Judy, are also members of the company’s Leadership Circle and have been significant supporters of the year-round Opera at the Academy of Music series. His unparalleled commitment to the company in nearly five years as Chair included successfully guiding Opera Philadelphia through a period of artistic achievement amidst the challenges of live event shutdowns, digital reimagination, and a successful return to the stage imposed by the Covid-19 pandemic.

In reflecting on his tenure as Chair, Leone was characteristically effusive in his praise of others. “My predecessors as chairs at Opera Philadelphia did big things,” he said. “Without Jack Mulroney, who first brought Corrado Rovaris to our podium, there would be no Opera Philadelphia. Stephen A. Madva steered the company through the financial crisis and the wrenching changes it required.  And Dr. Daniel K. Meyer helped plot the artistic course the company plies to such acclaim today. As I join these great men on the ‘past chair’ list, I congratulate Dr. Stephen Klasko on joining a great organization. Opera Philadelphia’s staff is so extraordinary that no strategic curveball, no last-minute alignment with the zeitgeist, no concession to financial constraints could deter them from putting great shows on stage—and in the city and, lately, both online and onscreen. The company’s board is so generous and so talented.  Whatever question arose some one of our colleagues was able and willing to field it; they stepped forward in our time of need. And no one works harder than General Director David B. Devan to realize his objectives—among which has been to deepen relationships and develop new ones with the individuals and institutions, both in Philadelphia and beyond, who have sustained us.”

“I have known Peter Leone for many years and in that time, I’m privileged to say, he has become a dear friend,” said Corrado Rovaris, Opera Philadelphia’s Jack Mulroney Music Director. “We’ve had many conversations about his love of opera, and I believe that this love is one of the many things that has made him such a remarkable leader. On behalf of the artists and administrative staff of Opera Philadelphia, I thank Peter for his exceptional generosity of his time, talent, and resources, and for the passion that he poured into this company.  His guidance has allowed Opera Philadelphia to emerge from this once-in-a-lifetime period as a strong cultural organization. We offer him our heartfelt thanks, and we celebrate his leadership, his ambassadorship and, most importantly, his friendship.”

Leone is a member and past president of Robin Hood Ventures, a Philadelphia-based investment group focused on high-growth startups en route to building great companies. He enjoyed a 33-year career first as Executive Vice President (1979-1986) and President (1986-2012) of Leone Industries, a family-owned manufacturer of glass bottles and jars, with 350 employees based in Bridgeton, NJ. He currently serves as a trustee of Wheaton Arts and Cultural Center in Millville, NJ, and as a director of Malletech, a Neptune, NJ, manufacturer of marimbas and other mallet instruments.  He previously served as Vice Chair and Treasurer of the Board of Trustees at The Baldwin School in Bryn Mawr, PA. He holds both a BA and MA in history from Stanford University, and a JD in law from the University of Chicago Law School. He and his wife Judy live in Villanova, where they raised two daughters, Kate and Mariana.

Opera Philadelphia acknowledges that our varying experiences with and participation in systems of power and privilege make conversations about race, racism, and oppression complex. We commit to continuing the work to create an inclusive company culture that aims to be free of discrimination, bigotry, and hate speech. We will work as a community to develop new inclusive anti-oppressive policies that aim to provide solutions to dismantling oppressive and discriminating systems within opera and the world. Opera Philadelphia is prepared to fulfill this responsibility and to counter the voices advocating racist views and moral inadequacies based on race. In addition, we commit to a process to examining our mission to ensure that it promotes inclusive and equitable operations at every level of the organization.