A seductively beautiful, deeply disturbing tale of love unhinged. Often considered the Scottish take on Romeo & Juliet, Lucia di Lammermoor explores the depths of passion and despair that overtake its heroine, who is used as a political pawn by her family. When forced to marry a man she does not love–rather than her beloved Edgardo, the mortal enemy of her brother–Lucia is driven to derangement, escalating to one of the most haunting mad scenes in all of opera.

Returning to the Opera Philadelphia stage for the first time in more than two decades, this operatic classic takes a dreamlike, ethereal turn courtesy of “A-plus director” (The Philadelphia Inquirer) Laurent Pelly, who was named Best Director at the 2016 International Opera Awards.

Coloratura soprano Brenda Rae showcases her “consummate musicality and killer technique” (Financial Times) in the title role. Baritone Troy Cook brings his “dynamic elegance” (Opera News) to the role of her brother, Enrico, alongside tenor Michael Spyres, known for his “limitless grace and vocal purity” (The Guardian), in his company debut as Edgardo. Maestro Corrado Rovaris, familiar with the Donizetti tradition having likewise hailed from Bergamo, Italy, leads the Opera Philadelphia Orchestra and Chorus.

Following the impassioned denouement of Lucia di Lammermoor, join us on Opening Night in the stunning Academy of Music Ballroom to mingle with the talented cast and creative team over wine and hors d’oeuvres. Learn more>>

The running time is approximately two hours and 44 minutes including one 25-minute intermission (subject to change).

Opera at the Academy is underwritten, in part, by Judy and Peter Leone.

Festival O is presented in partnership with the Kimmel Center for the Performing Arts.

The look of Lucia di Lammermoor 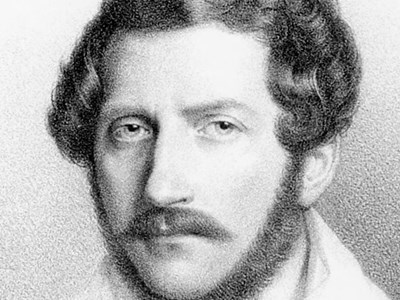 Gaetano Donizetti was born November 29, 1797 in Bergamo, Italy. He, Bellini and Rossini were the three great masters of the opera style known as bel canto. Bel canto operas had set numbers of separate arias and ensembles that featured particularly florid vocal writing designed to show off the human voice to maximum effect. These works demanded great virtuosity from the singers and served as star vehicles for leading operatic performers. Donizetti dominated the Italian opera scene during the years between Bellini's death and Verdi's rise to fame after Nabucco. Learn more about Donizetti.

Congratulations to the @PHLBizJournal #40Under40 honorees, including our Vice President of Development Rachel McCau… https://t.co/8mBeQA52TE Yesterday Even if you can't come to The Drama of Tosca in person, you can still be there in spirit with a cutout! Your donati… https://t.co/1ifCUufpfH Yesterday