It is almost Mountain time in Philadelphia! Cold Mountain, the first opera by Philadelphia-based, Pulitzer Prize-winning composer Jennifer Higdon, makes its East Coast Premiere with five performances at the Academy of Music, February 5-14, 2016.

Based on Charles Frazier’s National Book Award-winning novel, Cold Mountain premiered in six sold-out August performances at the Santa Fe Opera, where it was described as “a special piece of American art” (The Denver Post) that captures the book’s “adventure, romance and pathos in a fresh, vibrant musical idiom” (The Washington Post).

The opera follows the American odyssey of W.P. Inman (baritone Jarrett Ott), a wounded Civil War soldier who deserts the Confederate Army at great peril to reunite with his love, Ada Monroe (Grammy Award-winning mezzo-soprano Isabel Leonard), whose once privileged life on Cold Mountain has become one of loneliness and deprivation. As Inman makes his way home, he wonders if the violence he has experienced has made him unworthy of love, and is forced to question just where his allegiance lies. Amidst the destruction of the American Civil War, a pivotal conflict in our nation’s history, the transformative journeys of Inman and Ada go to the very center of their souls. “An incisive sense of danger and instability suffuses the entire opera,” observed Opera News. “In Higdon’s neo-Romantic score, violence constantly simmers, erupting during brutal skirmishes in brass-laden turbulence.”

“Cold Mountain is the sixth opera from Opera Philadelphia’s American Repertoire Program, and this one feels especially homegrown to us,” said David B. Devan, General Director & President of Opera Philadelphia. “From the moment we co-commissioned the work with our friends at Santa Fe Opera, through two workshops conducted at the Curtis Institute of Music in 2012 and 2013, to the many visits that Jennifer made to our offices to talk about writing for the voice, this opera has been cultivated here in Philadelphia. I am so happy to finally share it with opera lovers in our city and from all over the Northeast.”

“I am so excited to bring Cold Mountain to the Northeast and to my hometown of almost three decades, Philadelphia,” said Jennifer Higdon, a Philadelphia resident who is the Milton L. Rock Chair in Composition Studies at the Curtis Institute of Music. “To do so through the passionate and cutting-edge vision of Opera Philadelphia is a real honor and a thrill. Come join us for this amazing musical journey.”

“I am very proud to bring Jennifer Higdon’s first opera to the Academy of Music stage in February,” said Corrado Rovaris, Opera Philadelphia’s Jack Mulroney Music Director. "The artistic aesthetic of Jennifer’s work is of the highest quality. I believe her artistry to be limitless from virtuosic mosaics to intimate folklore.  Through her pallet of sounds, shapes, colors and scope, she tells a story unlike anyone else. I have eagerly watched this opera develop through the years, from workshops in Philadelphia to the stage of the Santa Fe Opera, and I cannot wait to work with this dynamic cast and the Opera Philadelphia Orchestra and Chorus to share the work with East Coast audiences.”

Featuring “music that is timelessly American, with a modern sensibility” (St. Louis Post-Dispatch), the opera is performed by a dynamic cast of singers. Jarrett Ott, who stepped into the role of Inman for Nathan Gunn on Jan. 27, was recently praised by Opera News as a “rising star” with “a voice that is polished and immaculately produced." Mezzo Isabel Leonard, making her Opera Philadelphia debut, is “a beautiful, believable Ada, the richness of her mezzo evoking Ada’s reserve and desire” (The Wall Street Journal). Grammy Award-winning tenor Jay Hunter Morris, as the villainous Teague, brutal leader of the Home Guard, proves to be a singer “whose bronzed tones could enchant an audience while they resonated with evil” (Opera Today). Mezzo Cecelia Hall, who debuted with Opera Philadelphia in 2014’s Don Giovanni, tackles the role of Ruby, an earnest and resourceful woman who helps Ada find the courage to survive in this new land of devastation. 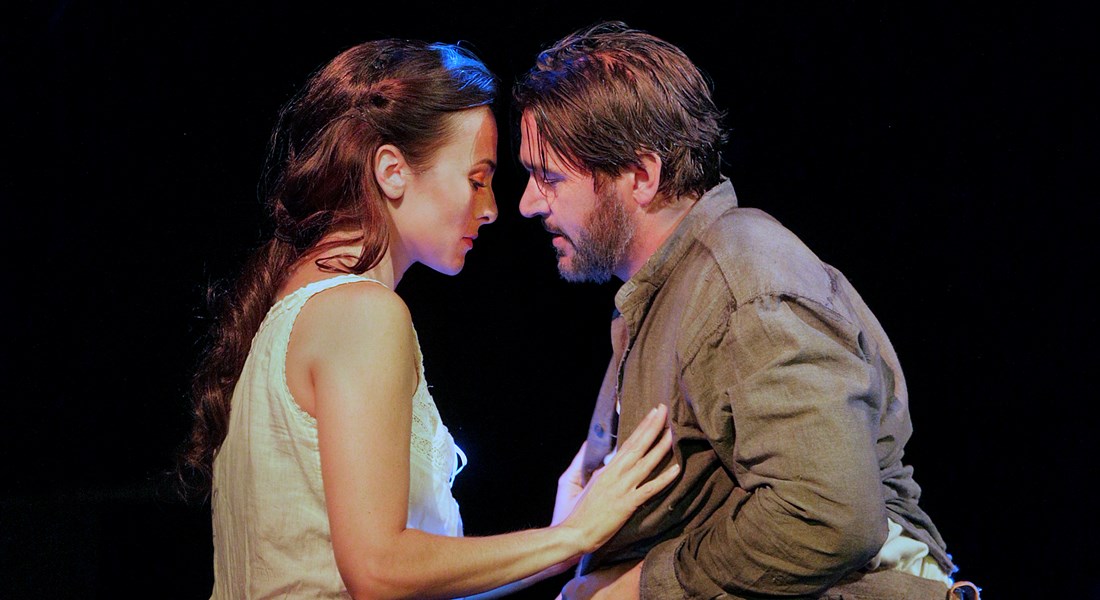 Rounding out the principal cast are bass Kevin Burdette (The Barber of Seville, 2014), who provides “a welcome comic touch” (Opera News) in the roles of Ruby’s wayward father Stobrod and A Blind Man; tenor Paul Groves (role and company debut) as the greedy preacher, Veasey; baritone Anthony Michaels-Moore, both as Ada’s father, Monroe, and as Pangle, one of Stobrod’s fellow outliers; mezzo Marietta Simpson (company debut) as Lucinda; and baritone Marcus DeLoach (company debut) in the roles of Bill Owens and Ethan.

A NEW CO-COMMISSION & CO-PRODUCTION with The Santa Fe Opera and Minnesota Opera, in collaboration with North Carolina Opera

Performed in English with English supertitles

Cold Mountain, by Charles Frazier, is the 2016 One Book, One Philadelphia featured reading selection for 2016. Now in its 14th season, this literacy initiative from the Free Library of Philadelphia and the Mayor’s Office encourages the entire greater Philadelphia region to come together through reading and discussing the same book. Running from February 2 through March 30, 2016, the One Book, One Philadelphia program will include more than 100 related events inspired by the featured selections, including panel discussions, film screenings, musical performances, and more. Public and private schools in the area will also participate. The One Book program will kick off on Tuesday, February 2, 2016, with a special author event featuring Charles Frazier. LEARN MORE

Opera Philadelphia partners with the University of Pennsylvania’s Department of Music and Drexel University’s ExCITe Center and Instructional Technology Group (ITG) to present an online course for the East Coast Premiere of Jennifer Higdon and Gene Scheer’s Cold Mountain.  The four-week program examines the opera’s musical and dramatic structure, introduces and discusses the characters, and includes selections performed on video by singers in Opera Philadelphia’s Emerging Artist program. As part of the partnership between Opera Philadelphia and two of Philadelphia’s most prestigious universities, doctoral candidates from the University of Pennsylvania have written the program content which has been built by Drexel University’s ITG and hosted on Blackboard’s Open Education platform. LEARN MORE & ENROLL