The third edition of Opera Philadelphia’s groundbreaking annual season-opening festival, 019, presents the eagerly-awaited company premiere of Handel’s 1744 English-language opera Semele at the Perelman Theater (Sep 19-28). Co-produced by Opera Philadelphia and Opera Omaha, the work is given an innovative new treatment “filled with energetic storytelling” (Opera News) by visionary director James Darrah (Breaking the Waves), featuring dance-based movement and animated projections. Marking the company’s first presentation of a Handel opera since 1990’s Ariodante, Semele features Grammy Award-winning soprano Amanda Forsythe making her company debut in the title role. The entire Festival O19, and Semele in particular, reaffirms Opera Philadelphia’s reputation as “a hotbed of operatic innovation” (New York Times), a characteristic that has allowed the company to stand out as “one of American opera’s success stories” (New York Times). A video preview for Semele is available here. 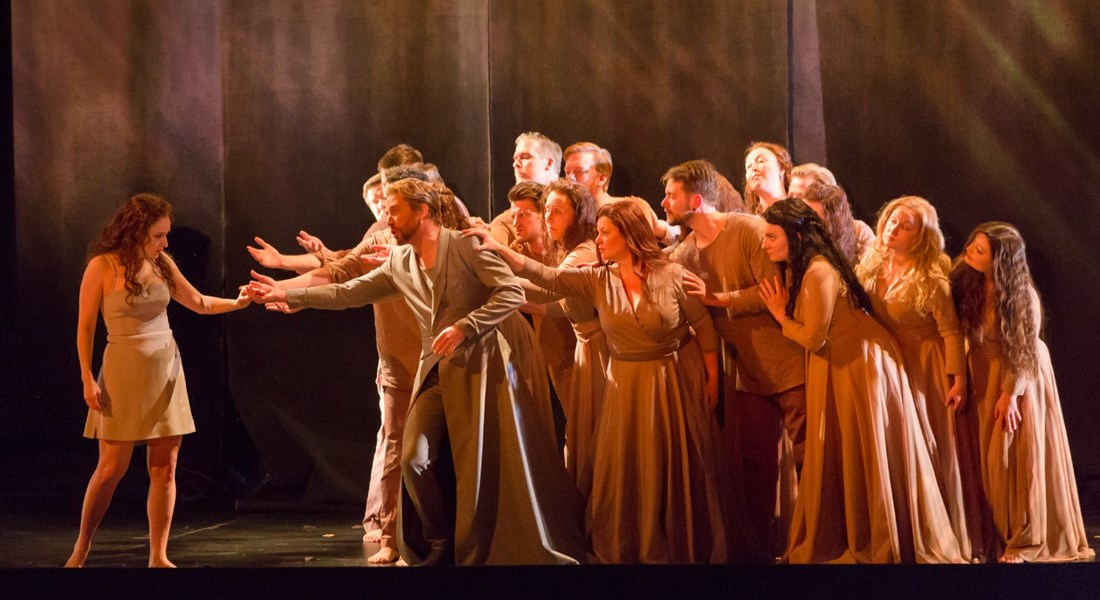 With a libretto that Restoration playwright William Congreve derived from one of the more sexually charged myths in Ovid’s Metamorphoses, Semele is a story of unbridled lust, jealousy, and revenge that features some of Handel’s most glorious orchestral music and virtuosic vocal writing. Engaged to a prince, the dangerously ambitious Semele is nevertheless in love with Jupiter, the king of the gods. Jupiter spirits her away to an elaborate palace guarded by dragons, but his wife, Juno, contrives to put an end to the affair. With the help of Somnus, the god of sleep, she manipulates Semele into demanding not only immortality but to see Jupiter in his real form, a wish that when reluctantly granted causes her death.

James Darrah, the“incredibly ingenious, creative, and talented” director (Huffington Post) behind Opera Philadelphia’s award-winning world premiere of Breaking the Waves, has collaborated on his original treatment of Semele with choreographer Gustavo Ramírez Sansano, who co-founded and works with Spain’s Titoyaya Dansa and is a former Artistic Director of Luna Negra Dance Theater. Together they realized a vision in which dance-based movement permeates the whole style of the production. When their Semele first bowed at Opera Omaha in 2016, Ino, Semele’s sister, was even portrayed on stage by a dancer while a singer performed her music from the pit. Darrah’s concept has evolved in the intervening years with an eye toward the O19 production, and the stage movement has taken on an even more crucial role. There are choreographic elements informing the movement of the entire cast, and dancer Lindsey Matheis now portrays not just Ino but multiple characters, evoking emotional currents present throughout the opera. 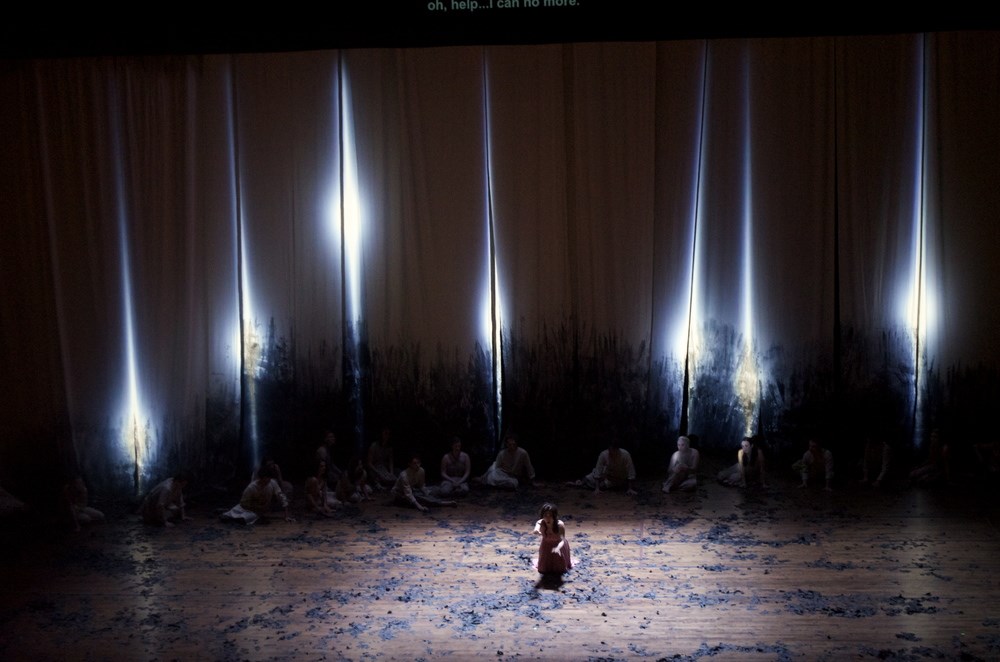 Darrah’s production is, as he says, designed “to experiment with [the] collision of human desire and larger-than-life, immortal beings,” bringing into focus the unbridgeable chasm between divine and mortal, even when the two are superficially in contact. Los Angeles-based costume designer Sarah Schuessler – who has collaborated with Darrah on more than 10 new productions, and has a body of work ranging from theater and opera to movies, television and commercial design/styling – created costumes that, in her words, contrast the “cult-like and severe” world of Semele with the “boundless and light” divine realm, using black high-necked and long-sleeved costumes for the mortals, free-flowing and colorful silks for the gods, and gilded armor for both Jupiter and Juno.

Along with Forsythe in the role of Semele, the cast includes mezzo Daniela Mack, who previously dazzled Opera Philadelphia audiences in the title role of 2017’s Carmen, in the dual roles of Juno and Ino; and tenor Alek Shrader, last seen in 2015’s La traviata, who lends his “disarming warmth” (Opera News) to the roles of Jupiter and Apollo. “Consistently excellent” (New York Times) countertenor Tim Mead sings Athamus; bass Alex Rosen makes his company debut as Cadmus and Somnus; and soprano Sarah Shafer, whose Adina was a highlight of 2016’s The Elixir of Love, returns as Iris. Gary Thor Wedow (of O17’s War Stories) conducts the Opera Philadelphia Orchestra.

Festival O19 packages, full-season subscriptions and single tickets are now on sale at operaphila.org, or by calling 215-732-8400 (Monday through Friday, from 9am to 5pm).