Building the Box: a behind-the-scenes look at Written on Skin

The set of Written in Skin, a monolithic and mysterious box, is more complex than it may seem at first glance.

In fact, it is the most complicated set Opera Philadelphia has ever created, says Drew Billiau, director of design and technology.

“We’ve built some large ones and brought in some large ones from Santa Fe,” he says. “This is probably more complicated than any of those, just in structure, engineering, weight, time and complexity of the show.

The central element of the set is a cube that rotates on a turntable and contains doors on each side that open. The set is made of both wood and steel, 30,000 pounds of it, to ensure structural stability and the safety of the performers.

The set, designed by Tom Rogers, was partially constructed in two different scene shops then brought to the theater on five tractor trailers, unloaded with forklifts that temporarily closed down both lanes of Locust Street.

Once the roof was raised high above the stage by one-ton chain motors, stagehands worked below to construct the interior of the box from the inside out, revealing doorways and golden stairs that twist through the core.

It would take 30 stagehands about 30 hours to get the set loaded in and 12 electricians to light the box, then surround it by 32 foot walls.

The cast has prepared for this rotating stage by rehearsing on two different ends of the rehearsal room, each with a different setup, with the conductor, director, pianist, and stage manager in the middle. 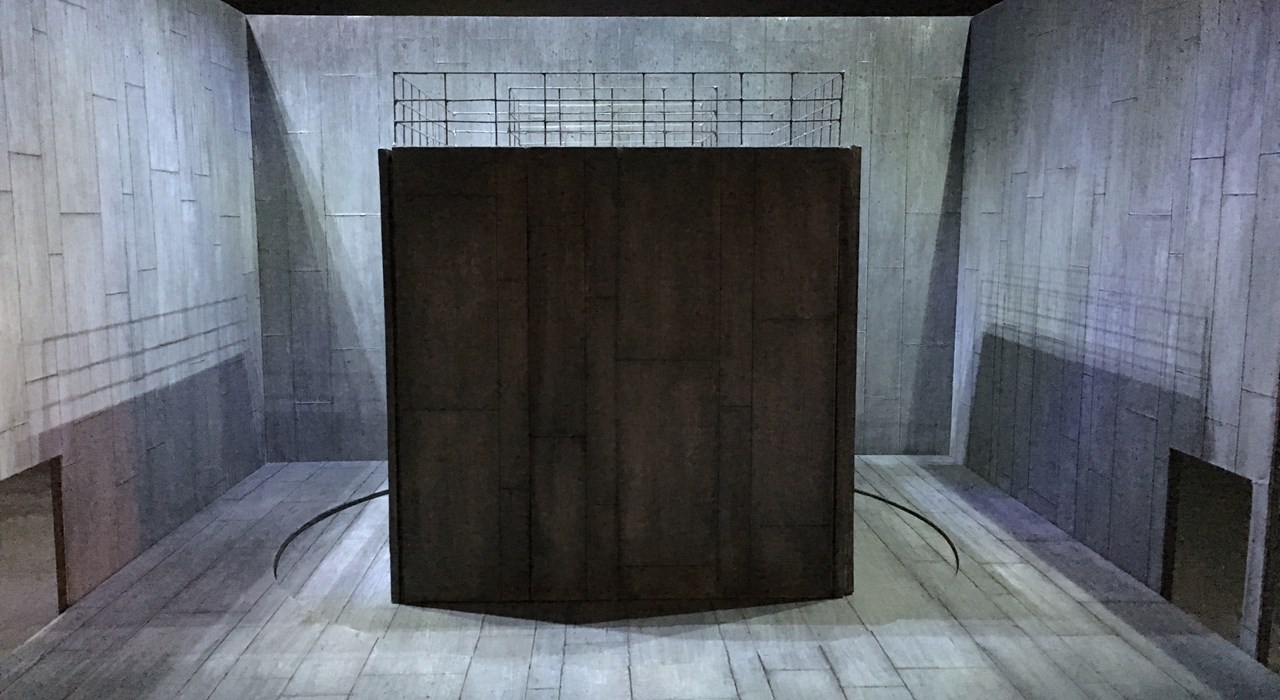