The hilarious Kevin Burdette returns to Opera Philadelphia as quack Dr. Dulcamara in The Elixir of Love. Find out how Kevin knew he'd be an entertainer - at three years old, no less - below.

I have always enjoyed performing, in part, I think, because it got me attention that, as the youngest child of five children, I might not otherwise have gotten. I am told that one of my tricks when I was 3 and a half years old was to jump on my rocking horse and sing, at full throat, “Oh what a beautiful morning” from Oklahoma!. That desire to entertain has remained with me – I love to hear the audience laugh!

Q: Did you grow up in a musical family?

I grew up in a family where music played an important secondary role as a hobby and extracurricular activity. All of my siblings before me were involved in music – singing, taking piano, viola, and guitar lessons, and performing in school plays and musicals. While my parents had not trained as musicians themselves, they were adamant that their children be exposed to music – I remember with such fondness the entire family doing sing-alongs in the family station wagon on trips to see grandparents! 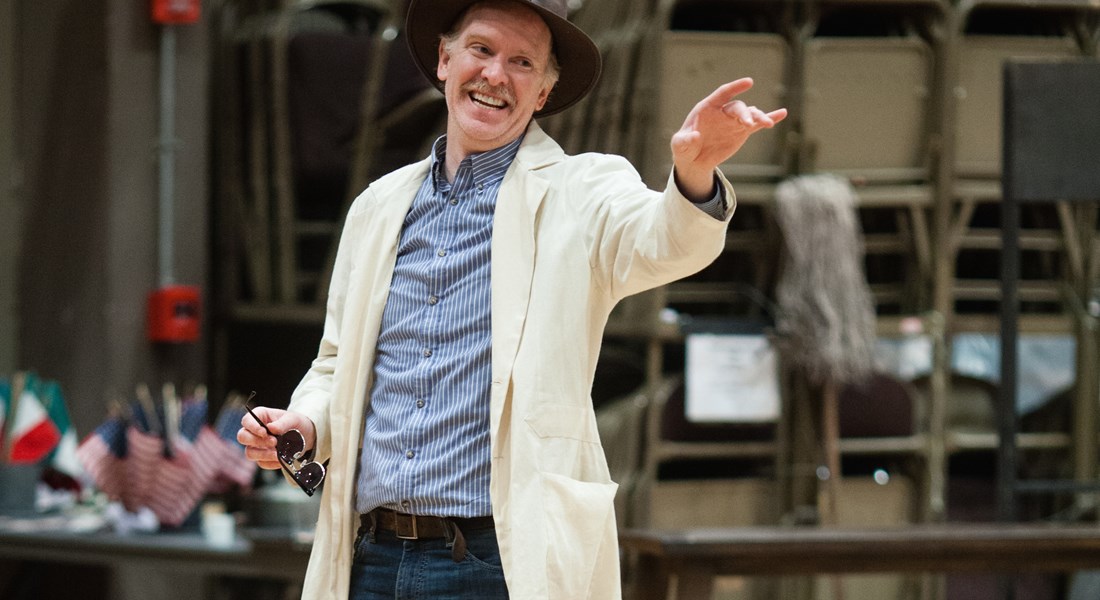 Q: Did you always know that you wanted to be a singer?

Not at all. In fact, when I was in college, I was intent on becoming an attorney. After my junior year, though, I spent a year in Vienna, Austria, and while there, I began to realize that music, which had always been a secondary interest of mine, could be a primary interest. So, upon returning from Vienna, I ended up going to grad music school and starting a singing career, then going to law school and working as an attorney. After having pursued both careers, I finally realized that my heart lay in singing.

Q: Who were some of the major influences and mentors in your life?

I was extremely fortunate to have started my career at the New York City Opera when the roster was full of the great American singing actors of that time: Bob Orth, Joyce Castle, Lauren Flanigan, Mark Delevan, David Daniels, Bill Burden, Elizabeth Futral – the list goes on and on. Being able to sit in rehearsal and watch those artists work was the best influence I could have ever asked for. Also, when I was a young artist in Paris, I had the honor of working with Paolo Montarsolo on a production of The Elixir of Love. Dulcamara was one of Paolo’s great roles, and we worked extensively for weeks on my interpretation of that role. That work was invaluable and laid the foundation for the work I do now as a singing actor.

Q: How do you learn a role?

I like to start with the text and to become very familiar with that before jumping into the music – there is so much I can find out just from the text. Once I am comfortable with the text, I then add the music to it, trying to find clues as to the composer’s vision of the character. After that, if there some sort of primary material for the opera, I will read that material – but I prefer to get familiar with the librettist’s and composer’s take on the story and character before I study the source from which they drew those takes.

Q: What’s the most moving part of your job?

Nothing beats connecting with and moving an audience. 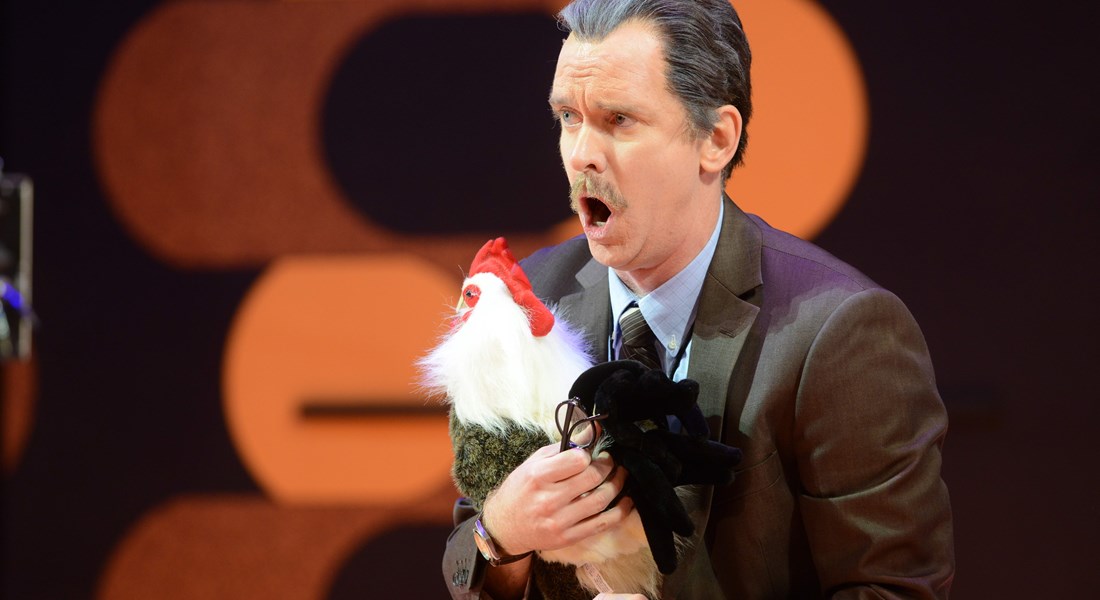 Kevin Burdette as Doctor Bartolo in "The Barber of Seville."

Siblings: David, Allison, Jonathan, and Hillary (who lives in Philadelphia!)

Favorite Singer: I’m into bluegrass of late, as my nieces have a band, The Dan River Girls. So, I’d say Alison Krauss currently.

Did you miss Kevin's Instagram takeover #ElixirofKevin? Catch up on all the fun here.