That Dr. Albert Barnes possessed a deep affinity for music is a biographical detail often overlooked in any chronicling of the chemist and entrepreneur’s legacy of assembling the largest collection of Modernist and Post-Impressionist art in the world within the walls of his namesake foundation.

Yet Dr. Barnes not only invited musicians to perform in the galleries of his Lower Merion educational institution, he often played music to accompany his own lectures. Perched in a chair under Matisse’s “Seated Riffian” and across from a Magnavox turntable — on view in the museum today — Dr. Barnes hoped to deliver his audiences to a greater appreciation of the formal qualities of his collection through the sounds and textures of the African-American spirituals and classical music that he loved.

The staging of David Hertzberg’s The Wake World in the Barnes Foundation’s Annenberg Court harkens to that experience.

As audiences are swept into the fantastical tale of a young girl named Lola being guided through a labyrinthine palace of bizarre houses by her Fairy Prince, there is the sense of moving through the galleries themselves — of encountering the idiosyncrasies of a collection that simultaneously clusters the decorative, the fine and the functional from multiple cultures and art periods.

“It feels like a crazy temple, definitely mysterious, and just so strange and really, really beautiful,” says Hertzberg, of Dr. Barnes’ meticulously arranged universe. “I was interested in finding something that illuminated that aspect of the space, that captured that feeling of being in the Barnes or amplified that ineffable quality I think is there.”

The composer and librettist turned to English occultist Aleister Crowley to expand upon that idea. He drew on the mythical, mystical qualities in Crowley’s fairy tale The Wake World to create a portrait of a psyche that would relentlessly adhere to the similarities in light, color, line, and space — as if creating a dialogue within each wall composition — when organizing his art collection. 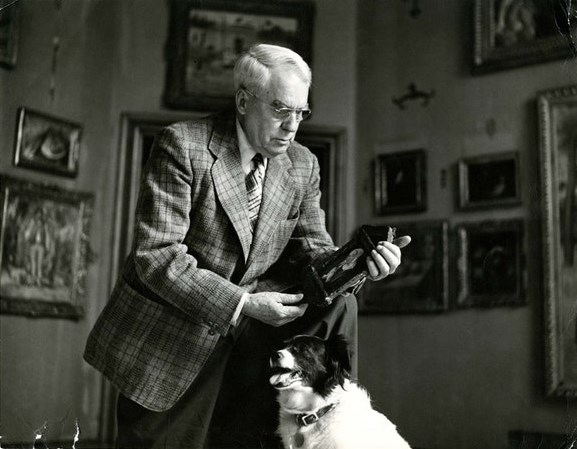 “In (Crowley’s) story, there is the journey through all these fantastical rooms but I never thought of them as being realized in this very literal, overt way,” says Hertzberg. “I felt like I definitely wanted to create something that was in a psychological setting rather than a physical one.”

The result is not so much an opera that specifically references the collection or even Crowley’s story but a work that is a reverberation of Barnes’ egalitarian and eccentric aesthetic and philosophies — and even an echo of the man himself.

“It’s more about the idea of a collector and someone who wants to guide you through their collection and wants you, through the process of going through the collection, to learn more about yourself,” says director R. B. Schlather.

During his initial visits to the Barnes, he, too, was intrigued by the mind of someone who would defy traditional nods to nationality, chronology, style, and genre in arranging, and rearranging, his collection.

“I was really excited about that because I think that’s something that’s really relatable for all of us. We all have things we collect or things we’re drawn to. We all like to organize or arrange things in an aesthetic way,” says Schlather. “Seeing how he arranged everything made me think this place is so much about the mind or the personality or the ego of the man. I felt like it was a really fertile, inspiring space to envisage a performance for.”

“I thought we should just have a long catwalk down the middle of the room and start at one end and have people move down the room,” he says. “The catwalk is the metaphor for a journey because this story on some level is just about this girl and her journey toward enlightenment.”

Schlather found his costuming inspiration in the paintings themselves. Lola, for instance, is an evocation of the girl in a white dress in Renoir’s “Henriot Family.”

But rather than give too much weight to the spectacle of the story, dwelling on how characters including a giant, angels and sirens would mirror particular works, he focused on creating an intimate experience that invites the slowing down inherent to walking through a museum.

“If we were at The Metropolitan Opera or a gigantic theater or rock stadium, then maybe we’d have to capture all these big, visual fantastic events. But this is a small room of 300 people and they’re very close up to the performers. I like to strip stuff way down so it just becomes about the performers and their body,” he says.

While audiences will have time to walk the galleries before each performance, a 16-voice chorus will draw them more fully into the collection during the opera. The ensemble serves an orchestral function, creating the texture and harmonic fabric of a visceral score, which, according to Hertzberg, plays to the text with both “maniacal breathlessness” and “intense maximal profundity.” But their vocals also allow them to morph into the crowd, the story’s secondary characters, and the palace itself. 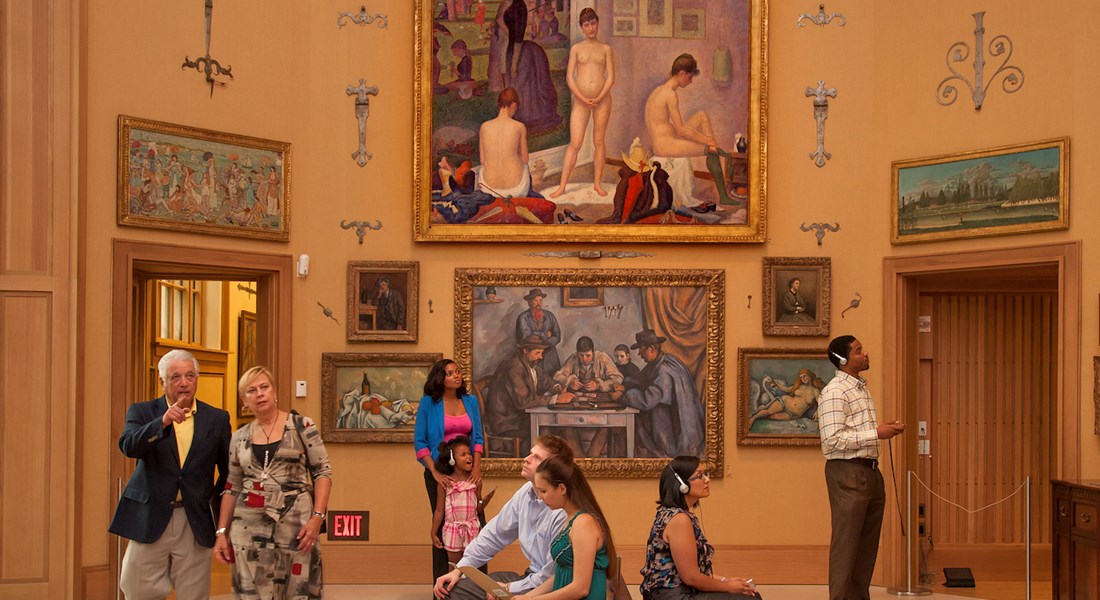 “The choir is this totally omnipresent musical and dramatic force,” he says. “Knowing there would be no break between the audience and the orchestra, I wanted the choir to represent different ideas, to bridge the divide between the orchestra and mise-en-scene, and to navigate all these different aspects of the opera.”

The Wake World would have undoubtedly appealed to Dr. Barnes, says Thom Collins, executive director and president of the Barnes Foundation.

“He was a theorist of the relationships between progressive music and progressive visual arts,” says Collins, citing Dr. Barnes’ enthusiastic embracing of Leopold Stokowski, the legendary and uncompromisingly innovative conductor of the Philadelphia Orchestra who was among the speakers at the 1925 dedication ceremony for the Foundation’s opening in Lower Merion.

“Dr. Barnes was really a sophisticated formalist and I think this being an environmental theater piece that allows us to experience the structure of David’s music in an immersive way would have been of tremendous interest to him.

“What we do here,” continues Collins, “is try to present ideas and experiences that are powerful and progressive in and of themselves but that also resonate with some aspect of the collection or of our institutional history.”

Schlather hopes audiences simply enjoy being exposed to something new.

“It’s about coming and creating your own experience of the piece. Whatever you experience,” he says, “is the performance.”

Naila Francis is a writer and editor based in Philadelphia.