Something So Beautiful It Can't Be Expressed in Words

By Stu Lewis for Lyric Opera of Kansas City
Share

There’s a wonderful scene in the classic film The Shawshank Redemption in which the wrongly imprisoned Andy Dufresne (Tim Robbins), in an act of defiance against prison authorities, plays the letter duet from The Marriage of Figaro over the loudspeakers, creating a sense of euphoria throughout the prison yard. Red (Morgan Freeman), a fellow inmate, providing a voice-over narration, comments, “I have no idea to this day what those two Italian ladies were singing about. Truth is, I don’t want to know. I like to think they were singing about something so beautiful it can’t be expressed in words, and makes your heart ache because of it.”

He was, of course, only partly right. Like all great opera composers, Mozart recognized the importance of a good libretto, and in Lorenzo Da Ponte he had found an artistic soulmate capable of inspiring him to new heights. The Marriage of Figaro continues to move us over two hundred years after its first performance precisely because it represents the perfect fusion of words and music.

Much has been made of the fact that Mozart and Da Ponte toned down the satire of Beaumarchais’ revolutionary play in order to make it acceptable to the Emperor, Joseph II, who had the absolute power to censor any stage work of which he did not approve. However, although Da Ponte assured the Emperor that he had removed the offensive passages, it is more likely that he had done what any good librettist would have done to this play by removing the essentially undramatic political speeches in order to move the action along. In any event, there was a long history of upstart servants in operas of the time, as in Pergolesi’s La Serva Padrona, in which a servant cons her master into marrying her. Furthermore, the Emperor was not the target himself and probably would have enjoyed a comedy which satirized the lower nobility.

In his book Mozart and the Enlightenment, opera director Nicholas Till has argued that the real theme of the opera is not social class but the institution of marriage, reflecting the concept of Enlightenment thinking that marriage should be based not on financial considerations nor on romantic infatuation but rather on a feeling of mutual understanding and respect between a man and a woman. Mozart himself had married a woman of limited financial means, over the objection of his father, and he appears to have enjoyed such a relationship with his wife. Noting that the Count and Countess have a marriage in need of restoration, he goes on to say, “The marriage of Figaro and Susanna is a portrait of a marriage that will be stable and secure, based upon freedom and true love, firmly rooted in sound understanding and proper contractual commitments, and free of romantic or sentimental delusion.” 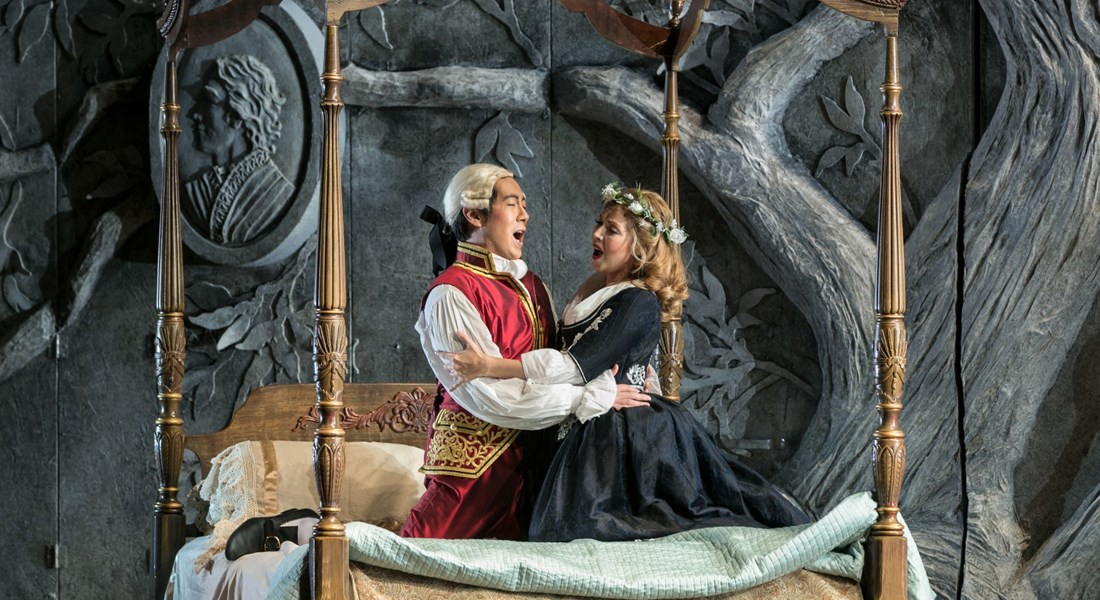 Beyond this, however, this opera is also an affirmation of the dignity of all people. Figaro and Susanna may be servants, but they are, above all, human beings with feelings. Though the Countess may resent the fact that she needs to enlist her servant’s help in winning back her husband’s love, the letter duet establishes for the audience that the two women, singing in perfect harmony, are essentially equal, despite the accidents of birth, which assigned them different stations in life.

I think Red did get it partly right, however. By the conclusion of this opera, we feel that we have experienced something beyond anything expressed in the words. Listening to the hymn-like music with which the Countess forgives her errant husband, I am reminded of the words that Peter Schaffer put in the mouth of Salieri in his play Amadeus. Realizing he is speaking to an audience two centuries in the future, the composer feels safe alluding to the final act of The Marriage of Figaro: “What shall I say to you who will one day hear this last act for yourselves? You will – because whatever else shall pass away, this must remain.”