Even in an art form filled with tragedies, this one seemed a step too far.

“I don’t shy from dark topics,” said librettist Hannah Moscovitch, “but for whatever reason when Lembit (Beecher) called me and said he wanted to write about Alzheimer’s, I was like, that’s my limit.”

Not only was she plagued by visions of doctors in white coats “giving you the worst possible diagnosis” she said, but “from a storytelling perspective, there’s no suspense because you know what’s going to happen. You’re going to get an Alzheimer’s diagnosis and then you’re going to decline and die.

“We know the story.” 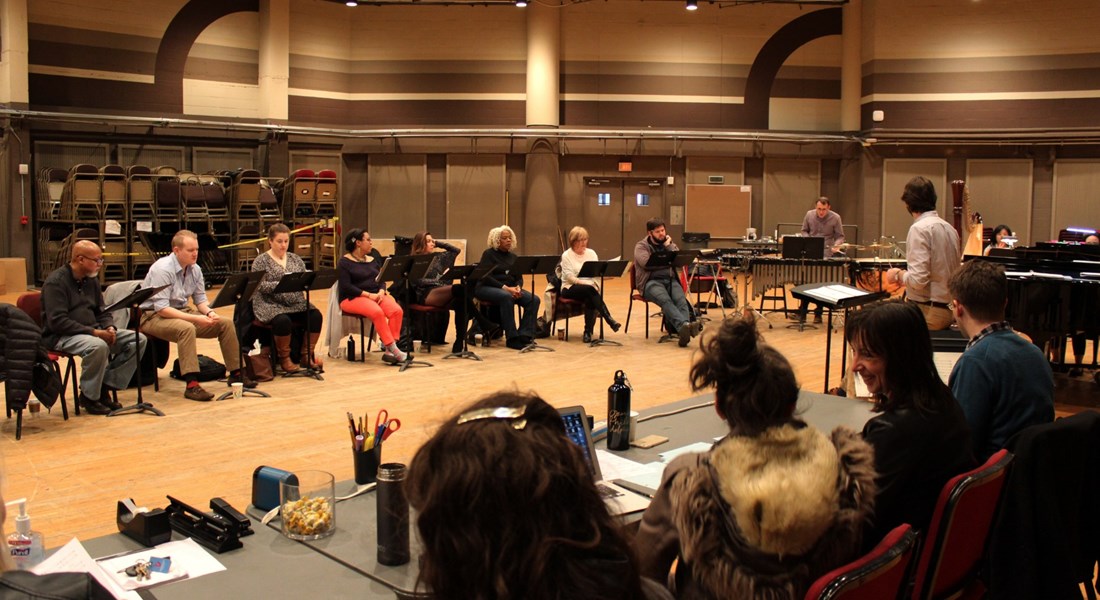 A workshop for Sky on Swings Credit: Photo by Shannon Eblen

However, as she talked to Beecher, the composer, and Joanna Settle, the director, and learned the narrative would center on the characters of Martha and Danny and explore their version of reality, Moscovitch changed her mind.

As artists, she pointed out, rather than scientists or doctors, they had the freedom to inhabit the characters’ minds and explore what it might be like to live without the constraints of place, time, or memory.

“One of the things I admire so much about opera, as someone who shifts mediums a lot, is opera is so good at the psychological,” Moscovitch said.

Unlike Moscovitch, mezzo-soprano Frederica von Stade didn’t have to be convinced. “I had two aunts that I just adored that passed away from Alzheimer’s,” she said. She was sold as soon as she read the libretto.

She said she saw Sky on Swings as an opportunity to create empathy and understanding for those with Alzheimer’s and their families. "They’re essentially losing someone,” von Stade said, “only they don’t die.”

The arts, said Dr. Jason Karlawish, co-director of Penn Memory Center, can help shape the way people think about the disease. Karlawish is also the project leader of Making Sense of Alzheimer’s, an online space that explores Alzheimer’s through stories, ideas, and other creative expression. 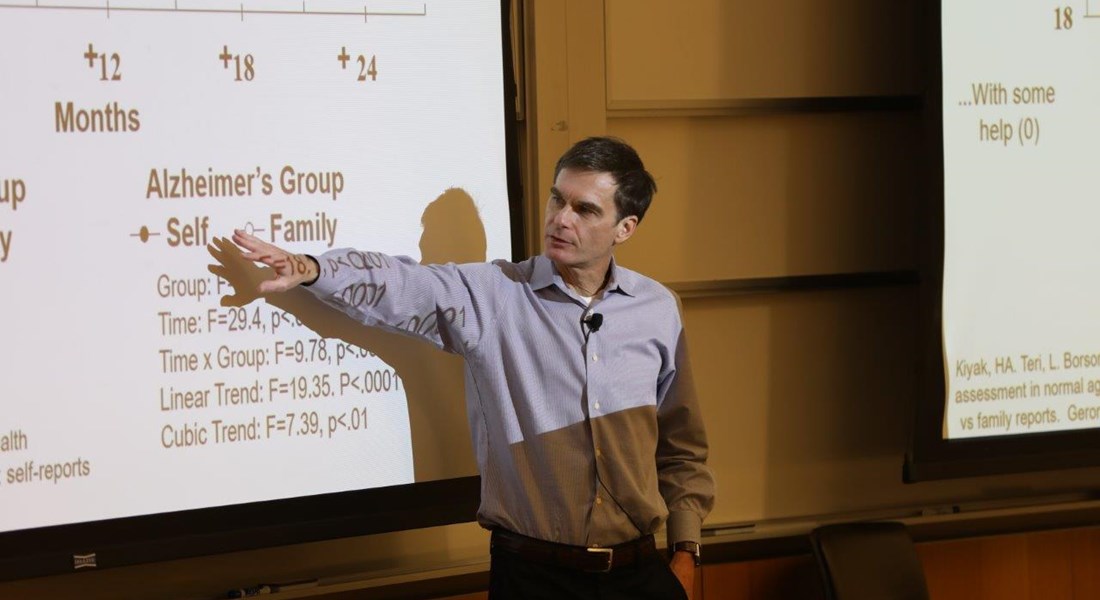 “The arts begin to give us the words we use to talk about the disease, the metaphors we use, and the stories,” he said.

What Karlawish liked about Sky on Swings was that it dared to tell the story through the perspective characters with Alzheimer’s.

When it comes to Alzheimer’s, there is no one patient experience, Karlawish said. Every experience is different. And patients do indeed have experiences; the stereotypes that they are out of it or unaware are just that – stereotypes.

Some experience grief, some experience depression or anxiety. Some find acceptance. Often, he said, the patients say they aren’t worried about themselves, but rather how it will affect their families.

“One of the things I hope Sky on Swings does is help us move beyond the gothic horror metaphors that surround the disease, to respect the subjectivity of the patient experience. That the patient does have a legitimate experience that isn’t just a wasted mind engaging in meaningless and intentionless activities, that there’s a person there who’s suffering but also trying to make sense of and enjoy life.”

Karlawish spoke to the cast and creative team about the disease during their workshop in March. (During which he discovered, coincidentally, he had treated von Stade’s Aunt Carol). He explained what the disease is and isn’t, what the experience is like for caregivers as well as for patients. 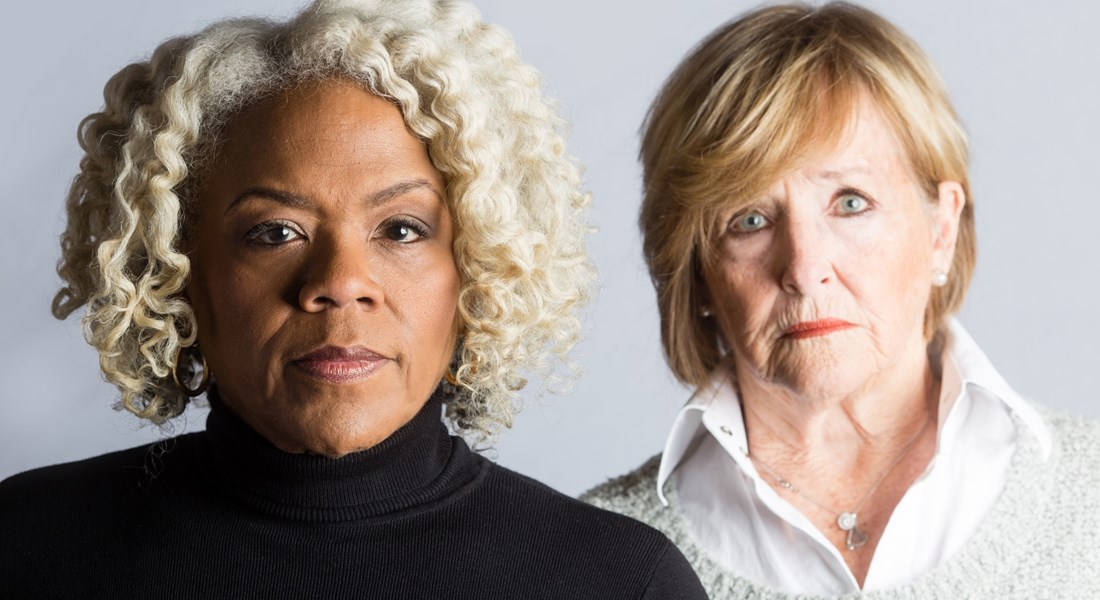 “I think the more you know what something is, the better you can use art to make sense of it, and interpret it, so you’re not merely repeating the stereotypes and beliefs that surround the disease,” he said.

While von Stade’s family’s experience gave her insight, in a way so did coming to the role at 73.

“You know, I’m a senior citizen and I sometimes have terrible times remembering the easiest things in the world,” von Stade said. “It’s not really far from any of our concerns at my age, and even at earlier ages.”

As there are an estimated 5.7 million Americans afflicted with Alzheimer’s, it is likely many in the audience will have had their own brush with the disease.

“If anything,” Moscovitch said, “I hope that we offer the possibility of a momentary grace within this experience of having Alzheimer’s.”