This week, The Wake World was recognized by the Music Critics Association of North America with the 2018 award for Best New Opera.

With music and libretto by Composer in Residence David Hertzberg, The Wake World  took visitors on a fantastic journey through the treasured galleries of The Barnes Foundation. 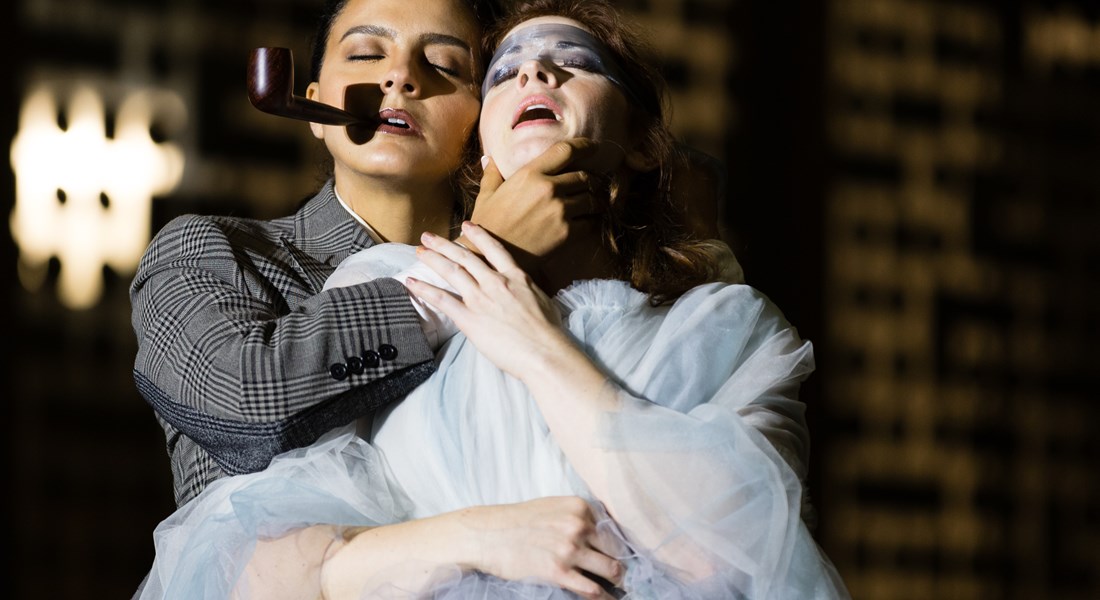 "Described as 'hallucinatory' and 'psychedelic,' The Wake World cast a spell over audiences and critics last September when it received its premiere as part of Opera Philadelphia's O17 Festival. Now the enigmatic and enchanting opera by David Hertzberg, who wrote the music and libretto, has captured the second MCANA Award for Best New Opera, presented by the Music Critics Association of North America. Established in 2016, the award recognizes musical and theatrical excellence at a time of heightened interest in presenting contemporary opera."

“The Wake World was incredibly original in terms of the story and the musical language,” said Heidi Waleson, opera critic for the Wall Street Journal. “It was like an opium dream in music."

The MCANA Best Opera Award was introduced in 2017, when it was awarded to Missy Mazzoli and Royce Vavrek's Breaking the Waves, which has its world premiere at Opera Philadelphia in 2016. The Wake World is the second opera to ever receive the MCANA honor.

In The Wake World, two of the early 20th century’s most prolific and polarizing artistic visionaries collide: physician, collector, and writer Dr. Albert C. Barnes (1872-1951) and Aleister Crowley (1875-1947), the British poet, magician, and occultist once dubbed the “wickedest man in the world.” In a one-act opera inspired by Crowley’s ecstatic fairy tale The Wake World, visitors experienced Dr. Barnes’s collection like never before as they followed a wide-eyed seeker and her guardian angel on a dreamlike voyage.

Starring Maeve Höglund and Rihab Chaieb, directed by R. B. Schlather, and conducted by Elizabeth Braden, the immersive performance challenged understandings of art, opera, and the self, as the Opera Philadelphia Chorus led the audience through a mystical world of hallucinatory vividness.