The Struggle for Three Oranges

Sergei Prokofiev was just hitting his stride as a trailblazing modernist composer when the 1917 Russian Revolution upended his homeland and his budding musical career. Seeking refuge and new artistic horizons, Prokofiev departed for America – but not before receiving The Love for Three Oranges from Russian playwright Vsevolod Meyerhold as a possible subject for an opera. 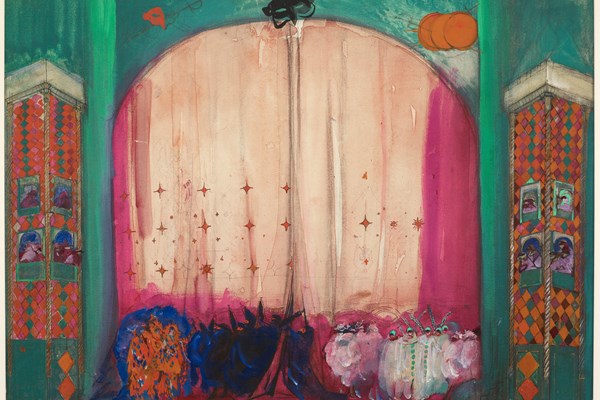 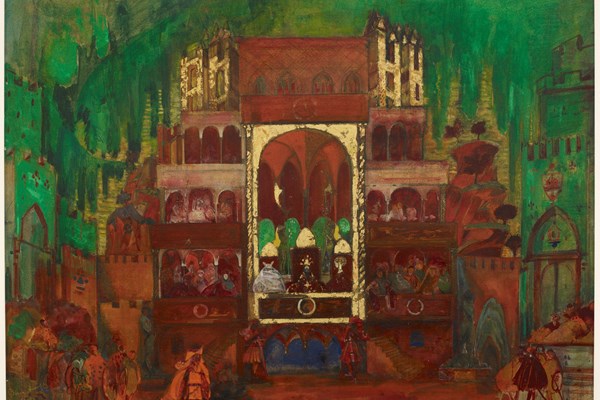 An amalgamation of traditional Italian fairy tales, the story follows the bizarre quest of a hypochondriac Prince. He is cured of his affliction by laughing at an evil witch, who responds by cursing him to search obsessively for three oranges; after he steals the oranges from a giant cook, he marries a Princess who emerges from within the fruit. The convoluted tale was concocted by 18th century Italian playwright Carlo Gozzi, who triumphantly mocked the emerging realist theatre movement by proving that pure silliness still won the day. Meyerhold’s adaptation added to the madness with fourth-wall-breaking “spectators” who react to the action on stage.

None of this sounds like operatic material, which may be why the unconventional Prokofiev was drawn to it. Yet the spectators’ commentary reveals that Three Oranges has it all: tragedy, comedy, romance, farce, and fantasy. Recognizing the opportunity to channel these elements into an unprecedented musical hybrid, Prokofiev arrived in San Francisco in August 1918 as fixated on his potential opera as the Prince on his three oranges. 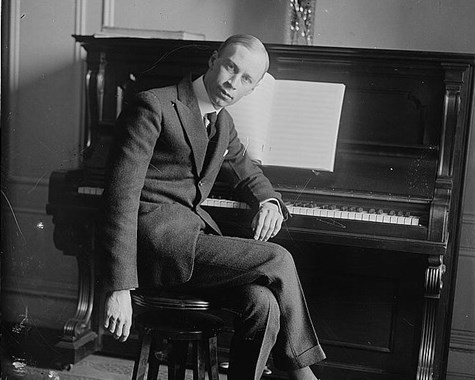 A few months later, he got his opening: the Chicago Opera's president enthusiastically agreed to a production of Three Oranges. Prokofiev had already begun to craft his own libretto, in which he expanded the role of the Prologue’s spectators to reflect his own critics, pre-empting the inevitable backlash to writing an absurd comic opera in a time of worldwide upheaval.

By the end of the year, Prokofiev had plunged into the score, well on his way to becoming the first-ever foreign composer to have an opera commissioned and premiered by an American company.

Despite a vicious case of scarlet fever, Prokofiev completed The Love for Three Oranges on October 1, 1919. There was no shortage of buzz around the impending premiere, which was rapidly approaching $80,000 in expenses (over $1 million in today’s dollars!) for the extravagant sets. In fact, citrus growers began to battle over advertising rights for the first performance, with one Florida company promising to give a blood orange to everyone in attendance if it could put a fruit stand in the lobby reading: “This succulent and healthful brand inspired Prokofieff [sic] and is used exclusively by him in this opera and at home.”

Over the next two years, however, Three Oranges suffered first a postponement, then a full cancellation – financial disasters for Prokofiev, who was barely scraping by in America on concert piano performances. It took the miraculous appointment of soprano and notorious diva Mary Garden as head of the Chicago Opera to resuscitate the fading opera. Neither were the rehearsals smooth sailing: Prokofiev’s legendarily explosive feud with the producer included a 20-minute battle over whether the sick Prince should spit or sneeze. Yet when Three Oranges finally premiered on December 30, 1921, it was a brilliant success. A packed house roared with laughter at the comic moments and thundered with applause for Prokofiev. Unfortunately, traditionalist American critics were befuddled, grinding the opera’s momentum to a halt.

Though The Love for Three Oranges quickly became a staple in European opera houses, the work has been largely neglected in the United States ever since. With the inclusion of The Love for Three Oranges in Festival O19, Opera Philadelphia is not only celebrating the work’s special place in American musical history, but also highlighting its modernisms as proof of why opera continues to matter in the 21st century. Given his years of passionately fighting for an opera he felt the world needed to see, Prokofiev would be proud. 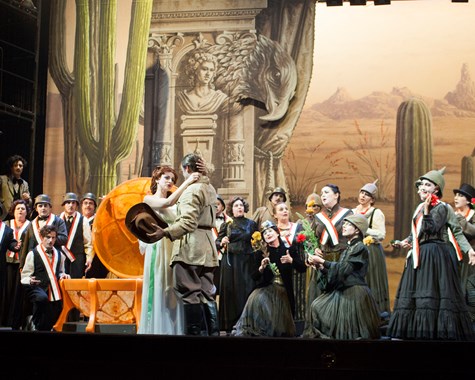 1. "Pink Curtain #2" and "Courtyard of the Royal Castle," set designs by Boris Anisfeld for the original 1921 production of The Love for Three Oranges. Photo Credit: Art Institute of Chicago

2. Photo of Sergei Prokofiev during his years in America. Photo Credit: Library of Congress

3. From Act Three of The Love for Three Oranges: The chorus swoons as the Prince and Princess fall in love. Photo Credit: Michele Borzoni