Our Scholar in Residence, Dr. Lily Kass, tells the story of Oedipus Rex through emoji, from the doomed king's origin story through the plot of Stravinsky's opera-oratorio. 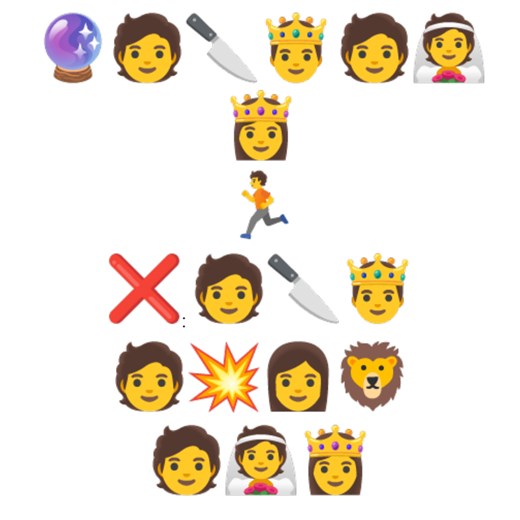 When he asks an oracle, the oracle predicts that he will kill his father AND marry his mother.

Oedipus runs away from Corinth to avoid this horrible outcome. (Spoiler alert #2: this also doesn’t work.)

On his journey, he comes to a crossroads, and argues with an old man coming in a different direction about which of them can pass first. The argument turns physical, and Oedipus kills the man.

He then makes it to Thebes where he solves the riddle of the Sphinx, freeing the city from the mythical beast that had been terrorizing it.

In return, he is awarded the hand of the widowed Queen, and he becomes the King of Thebes. 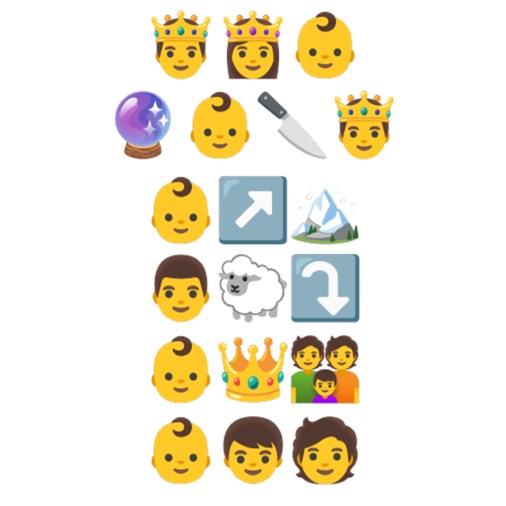 King Laius and Queen Jocasta of Thebes, have a baby, who they name Oedipus.

They ask an oracle what they can expect from their newborn child, and the oracle predicts that Oedipus will kill his father! The royal couple figure that if they send the baby away, they can avoid this terrible outcome, so this is what they do. (Spoiler alert: it doesn't work!)

They give Oedipus to a servant who is supposed to leave him at the top of a mountain.

But a a shepherd finds the baby and presents him to the childless King of Corinth to raise as his own.

Oedipus grows up in Corinth, but he wonders about the circumstances of his birth. 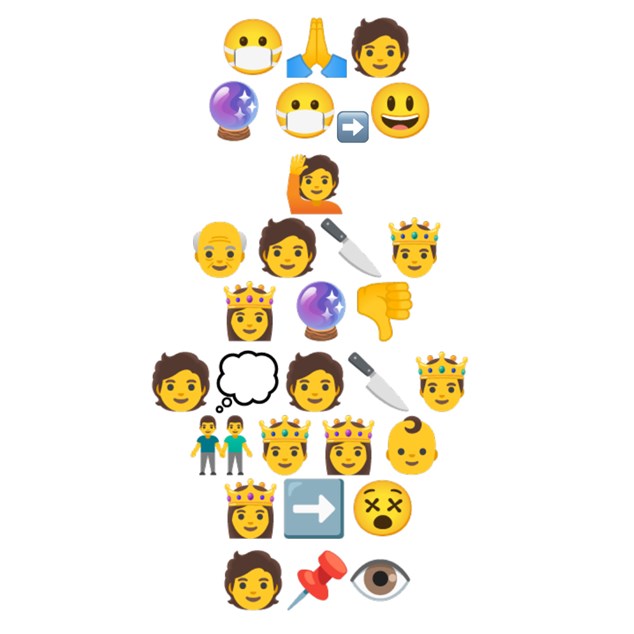 Stravinsky’s Oedipus Rex opens after all of this. There is a plague in Thebes, and Oedipus, as King, is called on to free the city from the plague, just as he had freed it from the Sphinx.

He sends someone to ask an oracle, and the oracle says that the plague is caused by the presence in Thebes of Laius’s murderer!

A prophet, Tiresius, announces that Oedipus himself is Laius’s murderer.

Jocasta does not believe oracles, since she knows from her experience with the predictions about her son that oracles lie.

It begins to dawn on Oedipus that he may have murdered Laius when he learns that Laius was killed at a crossroads.

A Messenger and a Shepherd give evidence as to Oedipus’s birth.

Oedipus gouges out his eyes with Jocasta’s pin.