Daniel Schnyder is known as a composer/performer with a dynamic reputation in both jazz and classical fields. He recorded over ten CDs of his own music for Enja Records, Col Legno, Koch Jazz, CCnc, Universal, BIS, TCB, Arabesque and Red Records. As a performer Daniel toured and recorded with many well-known classical musicians, world music artists and jazz players.

Daniel was born 1961 in Zurich, Switzerland and lives in New York City. His orchestral works and his chamber music compositions have been performed and recorded all over the world. Among his credits as a composer are commissions to write compositions for the Orpheus Chamber Orchestra in New York, the TonkuenstlerOrchestra in Vienna, the Radio Symphony Orchestra in Berlin, TheNorrlands Operan in Sweden, the Chicago Sinfonietta, the Vienna Art Orchestra, the Tonhalle Orchestra Zurich (4th Symphony, commissioned by David Zinman), the Opera of Bern ("Tempest" by Shakespeare), the NDR Orchestra in Hannover, the NDR Big Band in Germany, the Milwaukee Symphony Orchestra, the New York based new music group "Absolute Ensemble" under the direction of Kristjan Jaervi (Bass Trombone Concerto for David Taylor) and the St. Paul Chamber Orchestra among many others.

Approx. 1 hr and 30 mins with no intermission. 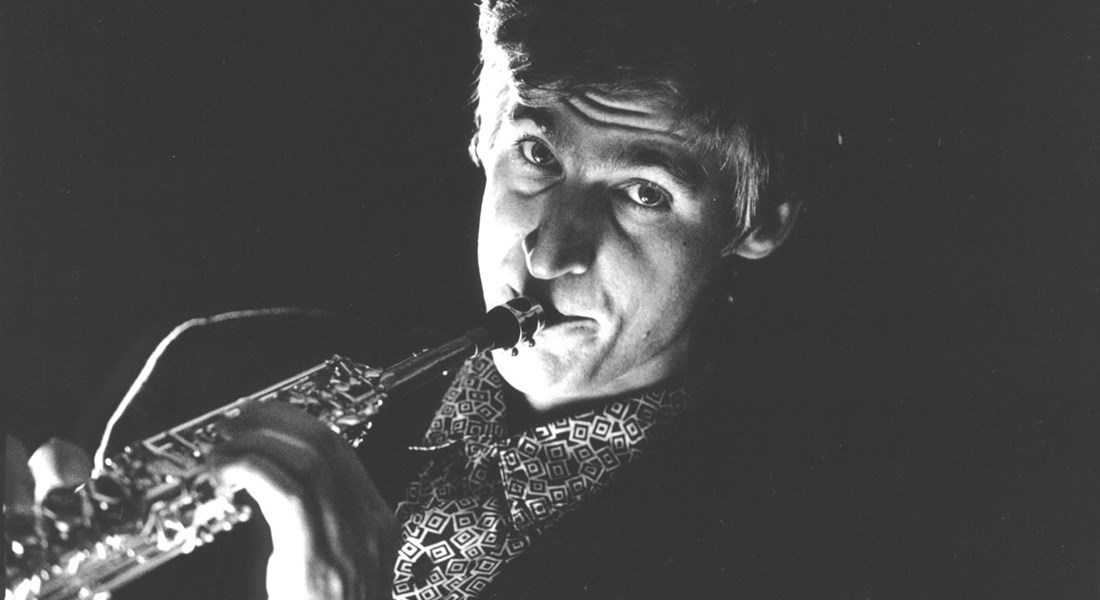 Daniel appears as a soloist with orchestras playing his "Songbook for Saxophone and Orchestra" and his ‘Oriental Suite’ beside other works. He played Songbook in Germany and Switzerland on a tour with the NDR Radio Philharmonic in November 2006 and with the MDR Orchestra in 2008. In the Fall 2008 he tours with the Saarlaendische Rundfunk Orchestra as a soloist.

He also writes orchestral variations on themes by non-classical music icons like the Rolling Stones, Duke Ellington or Jimi Hendrix, picking up on a 19th century tradition designing whole programs for orchestras outside the mainstream concert format - as played by the Calgary Symphony, the Absolute Ensemble, and the Brooklyn Academy of Music.
As an arranger/composer he produced albums for jazz artists Abdullah Ibrahim ("African Suite"), Lee Konitz ("Tribute to Billie Holiday") and Paquito D'Rivera ("Habanera", Enja Records). He also worked with Simon Shaheen, Peter Herbert, Burhan Oecal, Bassam Saba, Jing Jang, Marcel Kalife and Jamey Haddad on a variety of projects, merging Arab music and Chinese music elements with jazz and classical music.

In 1997 Schnyder was commissioned to write the opening orchestral piece for the official inauguration of the renovated concert hall of the Milwaukee Symphony Orchestra under the baton of Maestro Andreas Delfs, who also premiered his Piano Concerto and his 1st Symphony. Subsequently the orchestra commissioned Schnyder to write "The Revelation of St. John", a large scale work for chorus, symphonic forces, organ and soloists that was premiered with great success in February 2001 and had its European premiere in Barcelona in 2005 by the Liceu Orchestra and chorus under the direction of Sebastian Weigle.

Marc Tardue premiered Schnyder's Violin Concerto, his Trumpet Concerto and the 2nd Symphony. The NDR Symphony under the direction of K. Jaervi recorded these pieces in the fall of 2002 for MARSIAS RECORDS, featuring trumpeter Reinhold Friedrich.

In 2005 Schnyder’s Opera Casanova was premiered at the Yehudi Menuhin Festival with Wolfgang Holzmair in the lead role. Casanova got its American premiere in Dec 05 in N.Y.C. with Russell Brown singing Casanova.

Daniel Schnyder wrote a new version of the uncompleted masterwork "Zaide" by W. A. Mozart, that will be premiered under the direction of K. Jaevi in New York City.

Two concerti for ethnic instruments, his Pipa Concerto and his Alphorn Concerto, were premiered in the 2005/6 season to great acclaim. Daniel Schnyder wrote also a concerto for the Libanese Nay virtuoso Bassam Saba that became the centerpiece of his special festival program: ARABIAN NIGHT.

He also designs Programs for the Camerata Bern 2009 (HIMMEL), the Berliner Philharmoniker and the Crested Butte Festival in Colorado, feat. the Big Band of the Northern Texas University. He also tours with his program ‘AROUND THE WORLD’ with the Soloists of the Berlin Philharmonic Orchestra playing major festivals like the Bremen Musikfest 08 and the Osterfestspiele in Salzburg etc. Daniel Schnyder won the first prize at the 1996 International Trumpet Guild's Composition Contest. His trumpet sonata was selected as one of the official pieces for the Concours Maurice André pour Trompette 2003 (Paris). He won also numerous awards for his chamber music by the International Flute Association, the International Clarinet Association, the City of Zurich, Pro Helvetia, the National Art Council of Switzerland, the American Symphony League and Meet the Composer. He is a composer with Universal Edition's "Spectrum Series" and the composer in residence with the Milwaukee Symphony Orchestra. His stay with the MSO was made possible by a grant from Meet the Composer and the American Symphony League.

Together with Ingo Goritzki he is leading the Stuttgart Crossover Academy, together with Norbert Girlinger the Cross Over Academy at the Bruckner University in Linz and with Absolute Ensemble the ABSOLUTE ACADEMY in Bremen.

He gives master classes in composition, chamber music, improvisation and saxophone. He also works as a consultant and producer for creative solutions and ideas in classical music and jazz, working closely with major festivals, promoters and ensembles. He resides in New York City, Manhattan, and is a Swiss born American.

His next projects, besides Charlie Parker’s YARDBIRD, include a work for the Artemis String Quartet and Orchestra, a Bassoon Concerto that will be premiered in Dresden under the baton of Michael Sanderling, an Opera about Abraham to be premiered inDuesseldorf and Jerusalem, and a Pipa Concerto for the Pacific Symphony Orchestra. He will also ‘recompose’ the lost operaAlceste by Haendel for the Haendel festival 2014 in Halle.

In March, his Nay Concerto for Bassam Saba will be played in Beirut Libanon with the National Orchestra of Libanon. In 2015, the American Composer Orchestra will premier his DraKOOL for Orchestra. Daniel Schnyder is also working on a program with Absolute Ensemble and Sara Chang for a concert tour in Korea in 2014. Absolute Ensemble just released a CD on SONY classical with Daniel Schnyder's work, ToopART Reinventions, featuring SimoneDinnerstein on piano and himself on sax.

The Aurora Series is underwritten by the Wyncote Foundation.
The production of Charlie Parker’s YARDBIRD received funding from OPERA America’s Opera Fund. Production underwritten in part by the Aaron Copland Fund for Music.