The “opulently gifted,” David Hertzberg (Opera News) is an innovative young composer whose works continue to amaze and thrill audiences. His calendar opens with a premiere of his The Wake World. Commissioned and presented by Opera Philadelphia and featured on the company's O17 Festival, this fantastical new work takes visitors on an unforgettable tour through The Barnes Foundation galleries. As one of Opera Philadelphia’s 2017-2018 Composers-in-Residence, in a program offered in collaboration with Music-Theatre Group, Mr. Hertzberg will remain an active presence in Philadelphia as he creates, and develops new work for the company's Double Exposure program. Other upcoming projects also include a Fromm Music Foundation commission for cello and piano, to be premiered at Harvard University.

Gallery Hour experience starts at 7:00 p.m. plus one hour and 15 minutes with no intermission 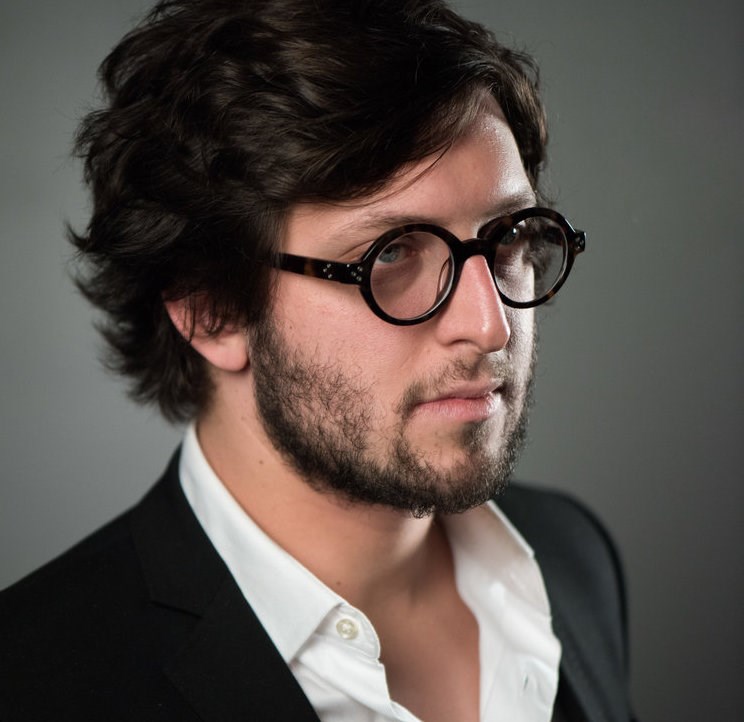 Mr. Hertzberg's commissions have been premiered by New York City Opera, the Colorado-All State Orchestra, pianist Steven Lin, violinist In Mo Yang, the Curtis Orchestra, and the PRISM Saxophone Quartet, in a commission from the American Composers Forum with funds from the Jerome Foundation. His piece, Spectre of the Spheres, was performed by the New England Philharmonic and was chosen by Mason Bates to be read by the Pittsburgh Symphony at the orchestra’s 11th Annual Reading Session and was also selected by the American Composers Orchestra for its annual Underwood New Music Reading Session. His chamber opera The Rose Elf was featured on Opera Philadelphia’s Double Exposure program.

Mr. Hertzberg has had multiple compositions premiered by Juilliard ensembles at Alice Tully Hall: femminina, oscura, by the New Juilliard Ensemble, and his Nympharum for high soprano and orchestra was premiered as the winner of the Juilliard Orchestra’s composer competition, receiving the further distinction of the William Schuman Prize at the BMI Student Composer Awards and the Arthur Friedman Prize for the score judged most outstanding in the competition. Among his numerous prizes are the Charles Ives Scholarship from the American Academy of Arts and Letters, the ASCAP Morton Gould Young Composer Awards, and an Aaron Copland Award from Copland House.

As the 2012-2015 YCA Composer-in-Residence, Mr. Hertzberg’s Ablutions of Oblivion was premiered by soprano Julia Bullock. Orgie Céleste was premiered on the Young Concert Artists Composers Concert in New York by clarinetist Narek Arutyunian, violinist Paul Huang, and pianist Ursula Oppens; The New York Times wrote: “In this riveting work, Mr. Hertzberg demonstrates that a gifted young composer can be inspired by masters and still speak with a vibrantly personal style.”

In addition to his residency at Copland House, Mr. Hertzberg had two residencies at the artist colony Yaddo. He participated in the Santa Fe Chamber Music Festival’s Young Composers Program, where his commission Méditation boréale was premiered by the Flux Quartet, and later performed by the Dover Quartet at the Curtis Institute and the Fromm Quartet at the Tanglewood Music Center. Mr. Hertzberg participated in the Master Class Programme with the Stenhammar Quartet at the Swedish Collegium in Uppsala, Sweden. While there, he worked with composers Steven Stucky and Anders Hillborg. Mr. Hertzberg was a Leonard Bernstein Composition Fellow at the Tanglewood Music Center and attended the Aspen Music Festival, working with George Tsontakis. He has studied composition at the Internationale Ferienkurse für Neue Musik in Darmstadt, Freie Universität in Berlin, and was a Fellow at the European American Musical Alliance at La Schola Cantorum in Paris in 2010. His work was performed at the Intimacy of Creativity Festival in Hong Kong.

Born in 1990 in Los Angeles, California, Mr. Hertzberg started studying composition, violin, cello, and piano at the age of eight at the Colburn School in Los Angeles. He completed his Bachelor’s and Master’s Degrees with Scholastic Distinction from the Juilliard School, where he worked with Samuel Adler. While there, he held a teaching fellowship and was awarded the John Erskine Prize for outstanding artistic and academic achievement. He holds an Artist Diploma from The Curtis Institute of Music, where he worked with Richard Danielpour.