Sergei Prokofiev was born in Sontsovka, Ekaterinslav, in 1891, and died in Moscow in 1953. He was a pupil of Liadov, Rimsky-Korsakov and others at the St. Petersburg Conservatory. He became widely known as a brilliant pianist and applied his knowledge of the piano in his compositions, winning the Rubinstein prize with his first piano concerto at age 23. His appearances were usually as the interpreter of his own compositions. For some years, he lived in exile, traveling on a League of Nations passport. He visited Russia in 1927, 1929, and again in 1932. He finally settled in Moscow with his family in 1934.

His style may be described as the antithesis of that of Scriabin. He aimed at the realization of primitive emotions, and playfulness and satire are also characteristics. His sympathies and taste inclined toward the classical, but his manner was independent.

The running time is approximately 2 hours and 6 minutes including one 20-minute intermission.

Among his works are the Scythian Suite for orchestra; the ballets, The Prodigal Son, Romeo and Juliet and Cinderella; eleven operas, including The Love for Three Oranges (libretto after Gozzi), War and Peace, and The Flaming Angel; a fairy tale for children, Peter and the Wolf (a monologue with spoken voice with orchestral accompaniment); five piano concertos; violin concertos; symphonies; the brief piano pieces Sarcasms; nine piano sonatas and songs.

In 1948, Prokofiev, along with other leading musicians, came under censure by the Soviet authorities for the alleged “formalistic distortions and anti-democratic tendencies of his music” and he promised to begin “a search for a clearer and more meaningful language."

He died on the same day as Joseph Stalin, and in 1957, his Seventh Symphony was posthumously awarded a Lenin Prize. (Source:The Oxford Companion to Music, Tenth Edition.) 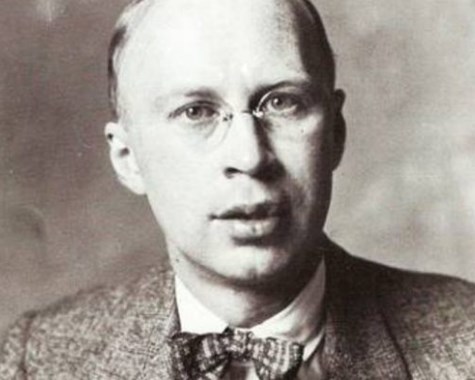