Reflections on being Composer in Residence - Part Two

During the course of my second and third year in the Composer in Residence program, I wrote a chamber opera for period instruments titled I Have No Stories To Tell You. Gotham Chamber Opera had commissioned the opera as a partner piece to Monteverdi’s Il Combattimento di Tancredi e Clorinda, for a premiere at the Metropolitan Museum of Art in New York (My “Met debut” as I would tell people!). For this project, Opera Philadelphia helped organize five workshops to support the writing process. The flexibility of this workshop process, which ranged from five musicians in a room experimenting with string techniques to full-scale readings of the complete piece, allowed for an organic collaboration between librettist Hannah Moscovitch, director Robin Guarino, and me. I was able to deeply delve into the unique sounds of the period instruments (baroque style, with gut strings and old-fashioned bows), and also to hone the dramatic shape of the work. It’s a little scary to think what the piece would have been without this rich, collaborative process. 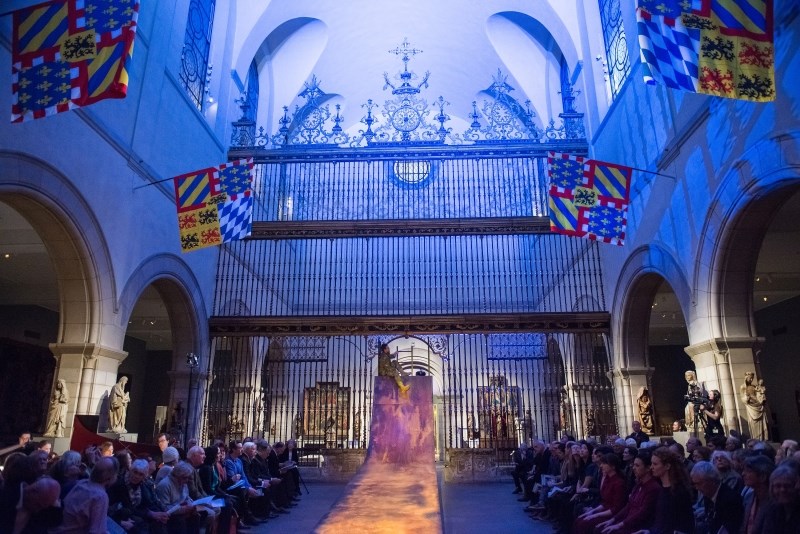 I Have No Stories To Tell You performance at the Metropolitan Museum of Art. Credit: Photo by Stephanie Berger.

The other large-scale project that I worked on in the final year of my residency is a yet-untitled piece about the experience of a man with Alzheimer’s disease. I knew I wanted to write a piece about love from the perspective of a man with Alzheimer’s, but I wasn’t sure how to approach the topic. David Devan connected me with Pig Iron Theatre Company here in Philadelphia, and we held two exploratory workshops. These were emotionally intense, and helped shape my sense of dramatic possibilities and hopefully will help me avoid many mistakes and pitfalls as the writing of the piece progresses. Following the first workshop, I worked with Pig Iron member Anisa George to craft a scene that we presented at Opera Philadelphia’s Double Exposure show last spring. It was such a unique experience to be able to see the scene twice, with a different cast and director, a process that really clarified what was dramatically convincing and what was problematic in my writing. Opera Philadelphia also connected me with American Repertoire Council member David Hyde Pierce, to help advise me on the piece. His keen dramatic sense and experience working with the Alzheimer’s Association made him the perfect sounding board for ideas; in addition he was able to put me in touch with filmmakers, caretakers and others who have worked directly with Alzheimer’s. 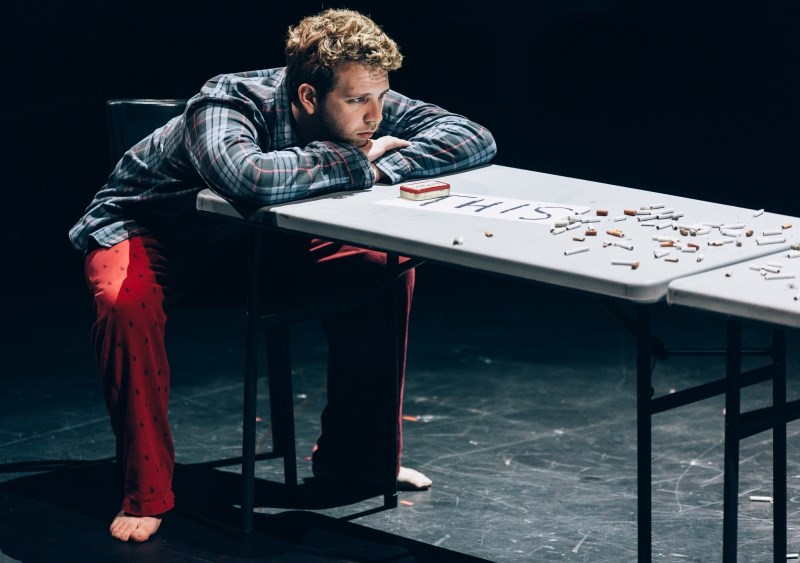 In the late spring of 2014 I also wrote a 40-minute song cycle with Liza Balkan, a Canadian librettist, director and actress. The cycle was based on interviews that Liza did in Vermont and Toronto, asking senior citizens about the aging process. There was so much wisdom, attitude, curiosity, and beautiful uncertainty in the poetry that Liza culled from her interviews. I was particularly excited to work with texts that dealt with the poetry of everyday life and the emotions attached to daily rituals. And despite being born out of a specific community, the experiences and feelings in the texts are so universal. We are all aging and we all have to come to terms with this fact, yet it seems like discussions of aging and the elderly are so stigmatized in our society. The piece deals with many facets of aging, positive, negative and somewhere in-between, but one particularly poignant piece of text that Liza gave me was a direct quote from a woman with Alzheimer's: "As long as I remember my children." This quote became the entire text of the 11th song in the cycle.  It was a difficult song to write emotionally, but the song, and the cycle in general, were great preparation for me as I set about writing the opera about Alzheimer's and I think it gave me space and impetus to explore new musical ground.

I come out of the residency excited and energized, both about my own work and about the state of new opera in this country. I am currently living in Philadelphia (my fiancé’s string quartet is in residence at Curtis!) and writing music. In particular I’m continuing to develop the Alzheimer’s piece, and am beginning to develop a crazy collaborative project with Mark Yim and Simon Kim, professors of engineering and architecture at Penn. I feel like I have way too many project ideas than I could ever realize! It’s great to be living here and to be able to continue to drop in on Opera Philadelphia!