Opera in the Making

The success of opera lives in many things, including the invisible details. Decisions regarding how the words and music propel the story forward, and how singers interact and embody characters, happen long before an audience ever sees the production. Unless that audience is at Double Exposure.

A rare exploration of opera in the making, Double Exposure creates dual stagings of works-in-progress by the Opera Philadelphia Composers in Residence. It allows for experimentation and for composers to see the impact different directors, conductors, and singers have on a piece.

Seeing what goes into the process and development of an opera strips away what can sometimes be a one-dimensional presentation of theater, says Sarah Williams, New Works Administrator at Opera Philadelphia. “It really is to highlight process.” 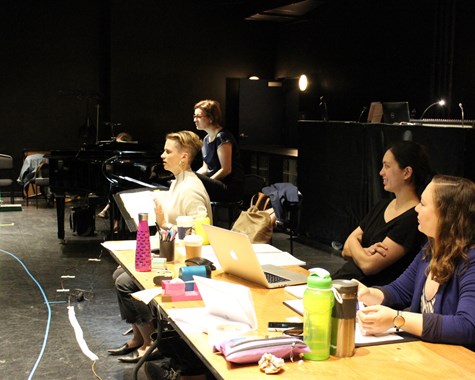 And the audience gets to be privy to that process.

“They don’t feel like they are just showing up, in a seat, and something is being presented at them,” Williams said.  “They’re a part of it. They don’t often get to see something done twice in two different ways. We see that internally when we’re in rehearsals or working with artists…But I think we can forget a little bit about why that is so interesting.

It’s a learning experience for everyone involved. Often, composers have spent more time writing for instruments. Writing for the voice – and for opera, a highly-collaborative art form – has its own set of challenges.

It makes for a unique experience that pushes everyone out of their comfort zones, from the composers who are sometimes sharing their work with others for the first time, to the performers who aren’t used to singing the work of a composer in front of that composer – a daunting task Williams says can unnerve the best of them.

The experience also fosters collaboration, creating connections between the artists that can continue into their careers. Third-year resident David Hertzberg worked with director R.B. Schlather on Double Exposure in 2016; in 2017, the two teamed up again for Hertzberg’s award-winning opera The Wake World, which was premiered during Festival O17 at the Barnes Foundation.

Bringing Moscovitch, as well as directors Mary Birnbaum, Alison Moritz, and conductor Daniella Candillari, to the table was also a way to even out a gender imbalance endemic to opera, to create a ripple effect of diversity that starts at the top. 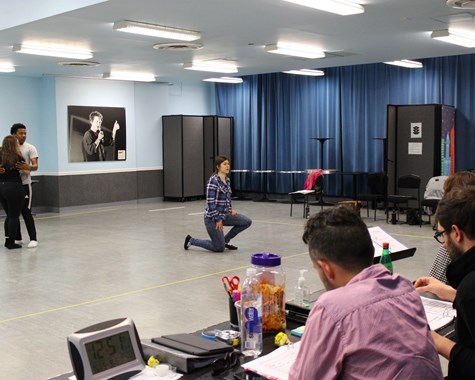 “I felt like it was really important this year to create an accessibility for women, to see if there were partnerships that could come out of Double Exposure to lead to future things but also to create a world for them to all work together, too. The fact that we have Rene Orth as a female composer, and two female directors, and a female conductor, it’s all just extraordinarily insane.”