Director James Darrah and designer Sarah Schuessler have collaborated more than fifteen times on a wide range of projects, from musicals to operas, and even a music video in the Mojave desert for Missy Mazzoli’s Vespers, and a now legendary new production of Peter Grimes with the San Francisco Symphony. They first collaborated on Semele in Seattle in 2014 and re-designed elements for a new production premiere with Opera Omaha in 2016. Schuessler makes her Opera Philadelphia debut designing Semele now specifically for O19 and Darrah sat down with her to discuss their multi-year process. 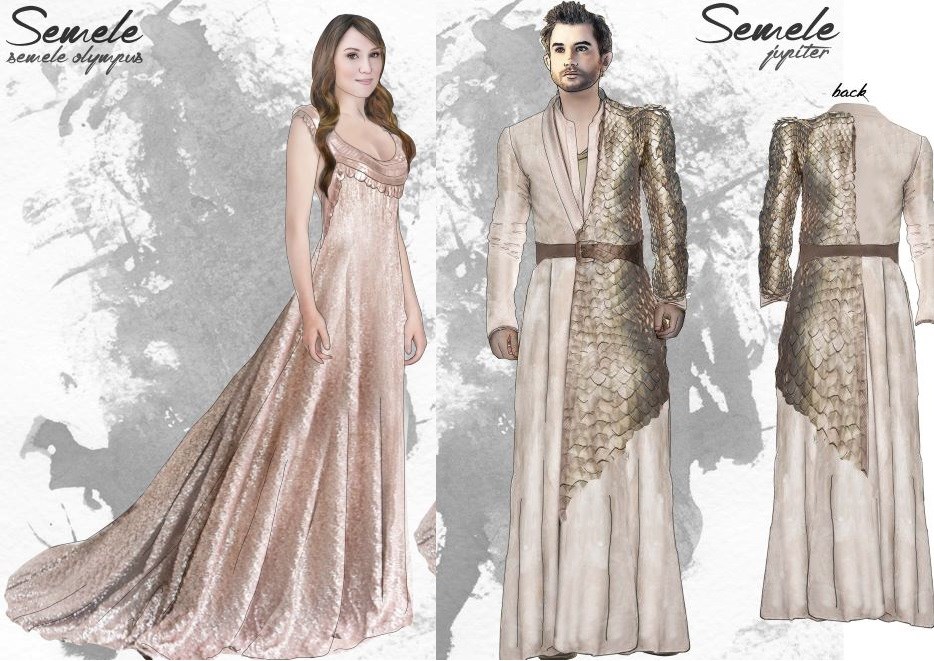 James Darrah: I don’t think there are many pieces I’ve visited three full times in this kind of unique evolving production. So many productions are often boxed up and put back on stage exactly “as they were” and I love that here we have the opportunity to really examine all of our choices and make the piece again in 2019. We’ve also been given some flexibility to rethink elements of design. Can you describe how your own choices may have evolved over the past five years of living with these characters and this piece?

Sarah Schuessler: I think in general I always set out to create a world of costumes for this that are not grounded in any one time period, so that the piece can have many lives over the years. I personally always try not to make anything too trendy, largely so that it can feel beautiful and timeless. But in wanting something to feel beautiful, functional and somewhat fashionably relevant, there are choices we made in the first iteration that now feel "of a time." I wouldn't necessarily say the first production feels dated, but certainly like I was watching a lot of Game of Thrones while designing. Here we are focused on the singers inhabiting these roles and also how to best still tell this story. I’ve changed a few colors, a few silhouettes. Iris and Jupiter changed between the first two productions pretty drastically.

JD: Can you describe the two realms in the opera of the mortal vs. the immortal? What fabrics and colors do you use and why?

SS: I wanted to make the mortal world feel cult-like and severe, even more than previous iterations. This is essential to make it immediately clear to the audience that Semele's life is one full of rules and strictures--she’s in an arranged marriage. The chorus men and women are clad head to toe in black: high-necked, long-sleeved, and grounded in leather boots. Skin is almost forbidden. We used silk dupioni to make the men's robes, which has a handwoven, irregularly nubby texture. In contrast then, the gods are boundless and light--their colors are inspired by pale crystals actually. Their skin shows through loosely knit tops, they don't wear shoes, and the women's dresses wrap, for easy on and off (immortal lives are sexy). Our principal gods are clothed in slinky silks-- Juno in particular is always dressed to kill. Her first look is also a wrap, as if magically swirled in silk. She moves on to a plunging traveling look, where she's both cloaked for cover, but still needs to be able to flash an asset to her advantage. And finally she moves to her most formal look, swathed again in silk but this time armored in a gold leather corset. 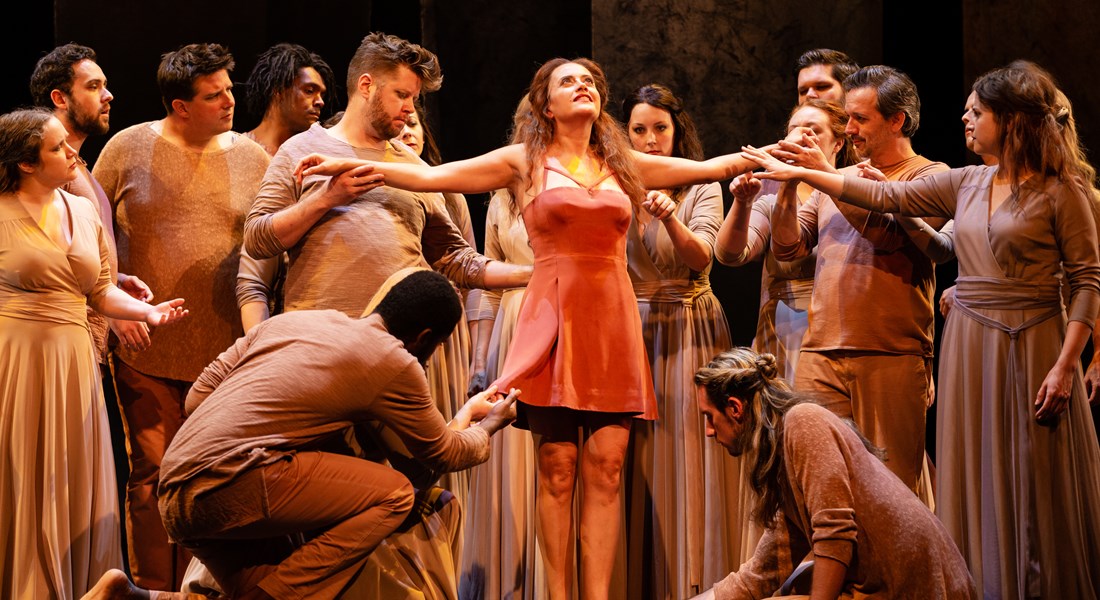 JD: Where do you like to start a design process--what's your first step?

SS: I wish this were a sexier or more intellectual answer, but the truth is, I spend a lot of initial time looking at Pinterest. I have robust, ongoing collection of theatrical inspiration, and when I start a project, I love to pore through my saved images and see what pulls me in. Sometimes it's photographs or paintings-- that's where I usually find a color palette. Then I dive into fashion photos. I like to assemble a world through these images, and then assign more specifics as I get to know the performers who will be inhabiting the roles. I think about the action of a character, and what they'll have to do during the show. This informs the kind of silhouettes that vary among characters. I find these Pinterest boards provide a good jumping off point to talk with the director and other designers about where we're collectively headed to put together an entire show. I can see everything together.

JD: What do you think your biggest inspirations and influences are as a designer today?

SS: I actually think I'll never get over Alexander McQueen's exhibit and accompanying book, Savage Beauty. It's incredibly theatrical work, and sometimes I deliberately don't show inspiration photos from it to directors, because it can be too much to promise! But I find a lot of inspiration in the textures and shapes he created. They're beautiful, scary, and animalistic.

JD: What was your inspiration for Juno and Jupiter's final costumes?

SS: I wanted to show that Juno and Jupiter were gilded in all respects of the word.

JD: Because they are gods at the height of their power!

SS: Exactly. They manipulate and meddle in human lives, and come out unharmed and unchanged on the other side.  Among the wreckage they've created, they walk out pristine and sparkling, in coordinated "military" finery.

This conversation appears in the O19 Festival Book.