Translated from Spanish by Kiamesso DaSilva

This work by Rossini is neither rhetorical nor epic. It is an exercise in critical thought about a bourgeois society, with schematic approaches that lead to a clear, didactic end. It seeks to denounce the corruption, classism, racism and cynicism of public life in a bourgeois society, at times melodramatically.

The provocations raised by this piece compelled me to set the action in Europe during the early years of the twentieth century, after the first world war. I use aristocratic figures and formalities of that time to emphasize men’s lack of scruples when deciding on the life and feelings of a woman: Desdemona.

Librettist Francesco Berio deviates from the Shakespearean play to favor Giraldi Cinthio’s Gli Hecatommithi, the original basis for Shakespeare’s tragedy. He exchanges, among other things, Iago's motivation of envy and manipulation for that of an ill-fated love for Desdemona, who herself displays great psychological and dramatic strength in a world ruled by the men around her. Otello, Rodrigo, Iago, and even Elmiro fight among themselves, disregarding Desdemona’s feelings and pure intentions despite each, in some way, loving her. 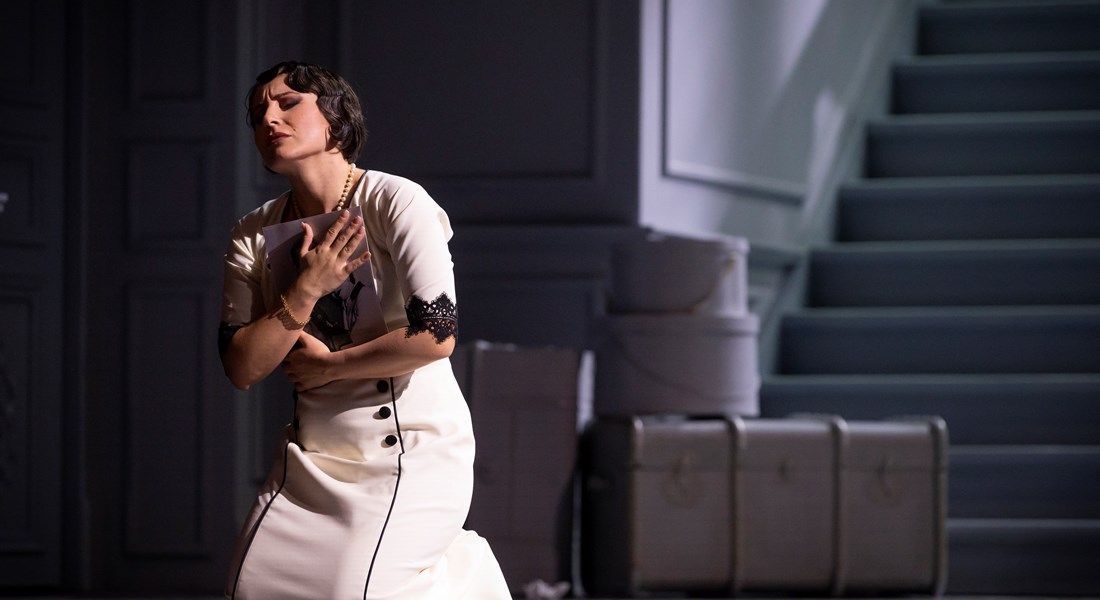 This piece appears in the O22 Festival Book.