Terrance Hayes is a 2014 MacArthur Fellow. His most recent poetry collection is How To Be Drawn, (Penguin in 2015). His previous collection, Lighthead (Penguin 2010), was winner of the 2010 National Book Award and finalist for the National Book Critics Circle Award and Hurston-Wright award. Hayes’ other honors include a Guggenheim Fellowship, a National Endowment for the Arts Fellowship, and a profile in The New York Times Magazine.

Commissioned by Opera Philadelphia, Carnegie Hall, and Lyric Unlimited: A Division of Lyric Opera of Chicago

Support for Cycles of My Being provided by the Howard and Sarah D. Solomon Foundation. Support for Lawrence Brownlee provided by Ann Ziff and Beth and Gary Glynn. 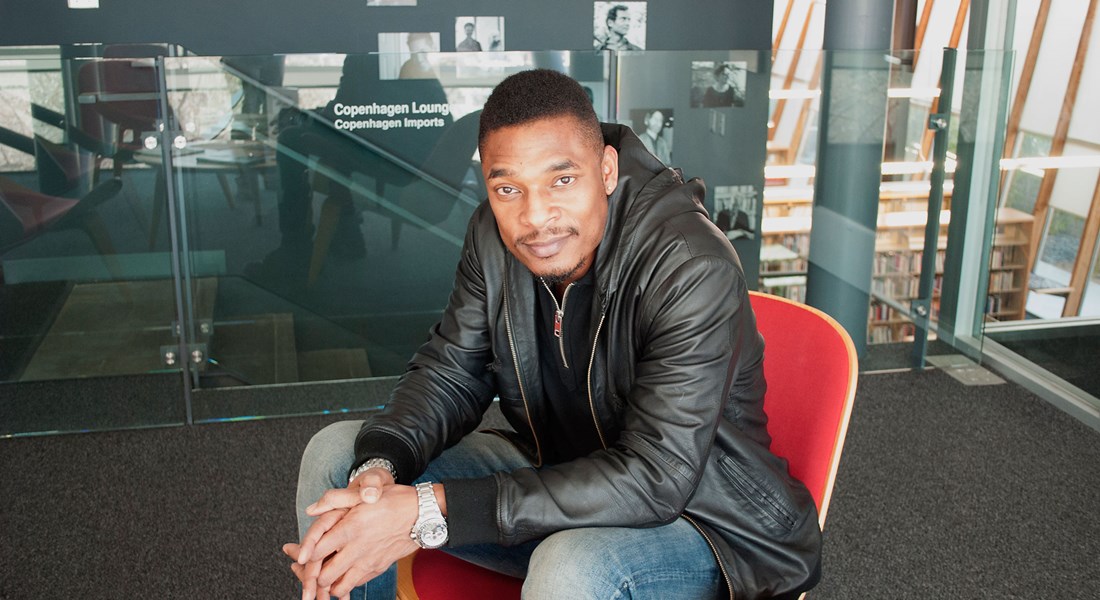 His first book, Muscular Music (Tia Chucha Press, 1999) won both a Whiting Writers Award and the Kate Tufts Discovery Award. His second book, Hip Logic (Penguin 2002), was a National Poetry Series selection and a finalist for both the Los Angeles Time Book Award and the James Laughlin Award from the Academy of American Poets. Wind In a Box (Penguin 2006), a Hurston-Wright Legacy Award finalist, was named one of the best books of 2006 by Publishers Weekly. He is the current poetry editor for New York Times Magazine and has two forthcoming manuscripts, American Sonnets for My Past And Future Assassin(Penguin, 2018), and To Float In The Space Between: Drawings and Essays in Conversation with Etheridge Knight (Wave, 2018).

Hayes was guest editor of The Best American Poetry 2014 (Scribner, 2014), the preeminent annual anthology of contemporary American poetry. His poems have appeared in ten editions of the series: “Ars Poetica with Bacon” in 2017, “Barberism” in 2016, “Antebellum House Party” in 2015, “New Jersey Poem” in 2013, “The Rose Has Teeth” in 2012, “Lighthead’s Guide to the Galaxy” in 2011, “I Just Want to Look” in 2010, “A House is Not A Home” in 2009, “Talk” in 2006, and “Variations on Two Black Cinema Treasures” in 2005. Poems have also appeared in two editions of the Pushcart Best of the Small Presses anthology poetry: “Model Prison Model” in 2010 and “Tour Daufuskie” in 2004. He has read his poetry and lectured in venues that include Carnegie Hall, the Lincoln Center for the Performing Arts, The Schomburg Center for Research in Black Culture, Princeton University, Yale University, The Boys Club of New York, and the Geraldine R. Dodge Poetry Festival. He has visited high schools and also conducted poetry workshops at prisons across America.

Hayes was born in Columbia, South Carolina in 1971, and educated at Coker College where he studied painting and English and was an Academic All-American on the men’s basketball team. After receiving his MFA from the University of Pittsburgh in 1997, he taught in southern Japan, Columbus, Ohio, and New Orleans, Louisiana. Hayes returned to Pittsburgh in 2001 and taught for twelve years at Carnegie Mellon University. He is a Distinguished Professor of English at the University of Pittsburgh. From 2016-2018 he will be Distinguished Writer in Residence at New York University.