Missy Mazzoli was recently deemed “one of the more consistently inventive, surprising composers now working in New York” (The New York Times) and “Brooklyn’s post-millennial Mozart” (Time Out New York). Her music has been performed all over the world by the Kronos Quartet, eighth blackbird, pianist Emanuel Ax, Opera Philadelphia, LA Opera, Cincinnati Opera, New York City Opera, Chicago Fringe Opera, the Detroit Symphony, the LA Philharmonic, the Minnesota Orchestra, the American Composers Orchestra, JACK Quartet, cellist Maya Beiser, violinist Jennifer Koh, pianist Kathleen Supové, Dublin’s Crash Ensemble, the Sydney Symphony and many others. Her second opera, Breaking the Waves, a collaboration with librettist Royce Vavrek commissioned by Opera Philadelphia and Beth Morrison Projects, premiered to great acclaim in Philadelphia in September 2016 and as part of New York’s Prototype Festival in January 2017.  The work was described as “among the best 21st-century operas yet” (Opera News), “savage, heartbreaking and thoroughly original” (Wall Street Journal), and “dark and daring” (New York Times). From 2012-2015 Missy was Composer-in-Residence with Opera Philadelphia, Gotham Chamber Opera and Music Theatre-Group, and in 2011/12 was Composer/Educator in residence with the Albany Symphony. Missy was a visiting professor of music at New York University in 2013, and later that year joined the composition faculty at the Mannes College of Music, a division of the New School.

Approximately two hours and 29 minutes including one 20-minute intermission 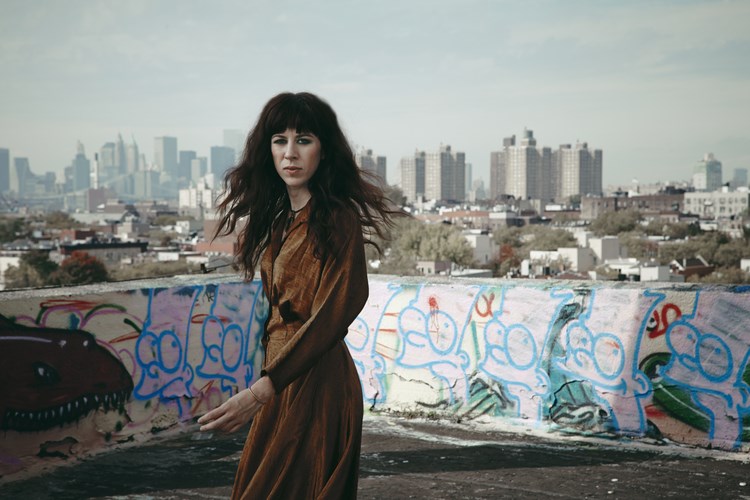 Upcoming projects include Missy’s third opera, Proving Up, commissioned by Washington National Opera, Opera Omaha and New York’s Miller Theatre.  Proving Up will premiere in January 2018 at Washington D.C.’s Kennedy Center, in April 2018 at Opera Omaha, and in September 2018 at Miller Theatre. A collaboration with librettist Royce Vavrek and based on a short story by Karen Russell, Proving Up offers a surreal and disquieting commentary on the American dream through the story of a Nebraskan family homesteading in the late 19th century.  Missy also recently created orchestral arrangements for the Icelandic band Sigur Rós, which will premiere as part of the LA Philharmonic’s Iceland Festival in April 2017, conducted by Esa-Pekka Salonen.  The coming season will also include performances of Missy’s first opera, Song from the Uproar at Cincinnati Opera, and Missy will perform live sets on piano, keyboards and electronics at venues including the Palm Springs Art Museum and Brooklyn venue Roulette.  Along with composer Ellen Reid and in collaboration with the Kaufman Music Center, Missy recently founded Luna Lab, a mentorship program for young female composers ages 13-19.

This season included performances of her multimedia chamber opera Song from the Uproar at LA Opera and Chicago Fringe Opera, the premiere of Ecstatic Science, a new work for chamber sextet yMusic at Carnegie Hall, and other performances of her work by the Cabrillo Festival Orchestra, Grammy-winning vocal group Roomful of Teeth and the Kronos Quartet.  Missy also wrote and performed several pieces for the hit Amazon TV series Mozart in the Jungle.  Previous seasons included the 2014 Carnegie Hall premiere of Missy’s Vespers for a New Dark Age, performed by her ensemble Victoire, percussionist Glenn Kotche (of Wilco), and vocalists Mellissa Hughes, Martha Cluver and Virginia Kelsey. Vespers was released in March 2015 on New Amsterdam Records along with Missy’s own remixes of the work and a remix of her piece A Thousand Tongues by longtime collaborator Lorna Dune.  The New York Times called Vespers for a New Dark Age “ravishing and unsettling”, and the album was praised on NPR’s First Listen, All Things Considered and Pitchfork.  Victoire returned to Carnegie Hall in March of 2015 as part of the “Meredith Monk and Friends” concert, performing Missy’s arrangements of Monk’s work.  Missy also recently created new works commissioned and premiered by the LA Philharmonic, the Young People’s Chorus of New York, ETHEL, Roomful of Teeth and pianist Emanuel Ax, who has performed Missy’s Brahms-inspired Bolts of Loving Thunder on tour around the country.

Earlier projects include the critically acclaimed sold-out premiere of Missy’s first opera, Song from the Uproar, in a Beth Morrison production at New York venue The Kitchen in March 2012. The Wall Street Journal called this work “powerful and new” and the New York Times claimed that “in the electric surge of Ms. Mazzoli’s score you felt the joy, risk, and limitless potential of free sprits unbound.” Time Out New York named Song from the Uproar Number 3 on its list of the top ten classical music events of 2012. In October 2012, Missy’s operatic work, SALT, a re-telling of the story of Lot’s Wife written for cellist Maya Beiser and vocalist Helga Davis, premiered as part of the BAM Next Wave Festival and at UNC Chapel Hill, directed by Robert Woodruff. This work, including text by Erin Cressida-Wilson, was deemed “a dynamic amalgamation that unapologetically pushes boundaries” by Time Out New York. Missy also created several orchestral arrangements for innovative Danish band Efterklang’s most recent album, Piramida. Efterklang premiered these arrangements with the Sydney Symphony at the Sydney Opera House in May 2012, and went on to perform them around the world.

Missy is an active pianist and keyboardist, and often performs with Victoire, a band she founded in 2008 dedicated to her own compositions. Their debut full-length CD, Cathedral City, was named one of 2010′s best classical albums by Time Out New York, NPR, the New Yorker and the New York Times, and was followed by the critically acclaimed Vespers for a New Dark Age. In the past nine years they have played in venues all over the world including Carnegie Hall, the M.A.D.E. Festival in Sweden, the C3 Festival in Berlin, Millennium Park (Chicago), The Winter Garden (New York, as part of the Bang-on-a-Can New Music Marathon), Overtoom 301 (Amsterdam), The Music Gallery (Toronto) and Le Poisson Rouge (New York, as part of the Wordless Music Series). In February 2011 they joined The National, Owen Pallett and Efterklang on a tour of the Netherlands as part of the Cross-Linx Festival, and in November 2011 joined My Brightest Diamond (Shara Worden) for performances in Belgium and Paris. Pitchfork praised Victoire for “condensing moments of focused beauty and quiet conviction from the pandemic distractions of modern life," WNYC dubbed the group “consuming and arresting," and NPR’s First Listen asks “Is Victoire’s music post-rock, post-mimimalist or pseudo-post-pre-modernist indie-chamber-electronica? It doesn’t particularly matter. It’s just good music.”

Missy’s music has been recorded and released on labels including New Amsterdam, Cedille, Bedroom Community, 4AD and Innova.  Artists who have recorded Mazzoli’s music include eighth blackbird (whose Grammy-winning 2012 CD Meanwhile opened with Missy’s work Still Life with Avalanche), Roomful of Teeth, violinist Jennifer Koh, violist Nadia Sirota, NOW Ensemble, Newspeak, pianist Kathleen Supove, the Jasper Quartet, and violinist Joshua Bell, who recorded Missy’s work for the Mozart in the Jungle soundtrack.  In November 2012 the original cast recording of Missy’s first opera, Song from the Uproar, was released on New Amsterdam Records. WQXR’s Daniel Stephen Johnson called this album “Solid gold...flowing from one number to the next, the music tells its own story, building to a series of emotional climaxes with the narrative assurance of a bonafide opera composer.”

Missy is the recipient of a 2015 Foundation for Contemporary Arts Award, four ASCAP Young Composer Awards, a Fulbright Grant to The Netherlands, the Detroit Symphony’s Elaine Lebenbom Award, and grants from the Jerome Foundation, American Music Center, and the Barlow Endowment. She has been awarded fellowships from the MacDowell Colony, Yaddo, Ucross, VCCA, the Blue Mountain Center and the Hermitage.  She is also active as an educator and a mentor to young composers; in 2006 she taught composition in the Music Department of Yale University, and from 2007-2010 was Executive Director of the MATA Festival in New York City, an organization dedicated to promoting the work of young composers.

Her music is published by G. Schirmer.