Rene Orth is a composer that "breaks new ground" (Opera News), writing music described as “...always dramatic, reflective, rarely predictable, and often electronic” (Musical America).  She currently serves as Opera Philadelphia’s sixth Composer in Residence, a post that she will hold through the 2018-19 season.

Approximately one hour and 40 minutes with no intermission. 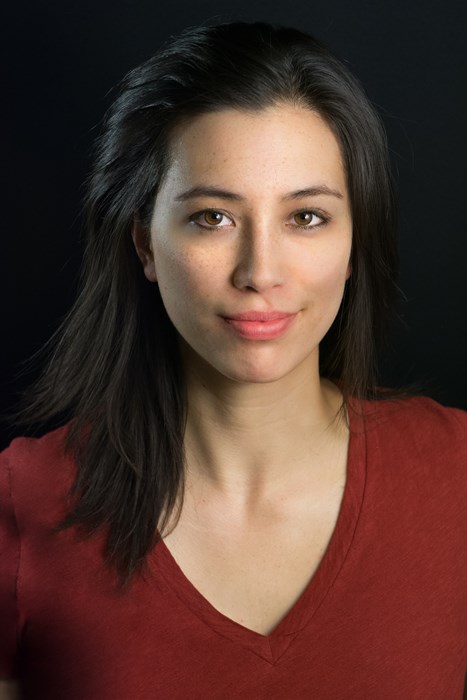 Recent and upcoming projects include commissions from Seraph Brass, Festival d’Aix en Provence Académie, baritone Sean Michael Plumb, Composers and Schools in Concert, and the Women’s Sacred Music Project.  She is a recipient of a 2016 OPERA America Discovery Grant, which will contribute to the development of a new opera, Machine, with librettist Jason Kim.  An excerpt of the piece was most recently featured in OPERA America’s 2017 New Works Showcase.  Her most recent chamber opera, Empty the House (librettist Mark Campbell), received its staged premiere with the Curtis Opera Theater in a sold-out run in January 2016, and a portion was later selected as part of Fort Worth Opera’s FRONTIERS 2016 showcase. It will receive an expanded orchestration and new production in May 2019 as part of co-presentation from Opera Philadelphia, Curtis Opera Theatre, and the Kimmel Center for the Performing Arts.

In 2014, Rene was commissioned by Washington National Opera/American Opera Initiative Program for a chamber opera, An American Man (librettist Jason Kim), which premiered at the Kennedy Center.  Other previous commissions and performances from notable ensembles include the Curtis Symphony Orchestra, Louisville Orchestra, Dover Quartet, Aizuri Quartet, Rock School of Dance, Philadelphia Fringe Festival and Pennsylvania Ballet.  In the summer of 2015, Rene was invited to participate in Festival d‘Aix en Provence’s Opera in Creation “Reflection” Workshop and returned in 2016 as one of three composers selected for the Festival’s Song and Creation Residency.  She has served on the Theory/Composition faculty for Luzerne Music Center and held residencies at the artist colonies of Yaddo and Virginia Center for Creative Arts.  Rene participated in the Lake Champlain Music Festival (2013), Fresh Inc Festival (2013), and Atlantic Music Festival (2012) and has been a recipient of an American Composers Forum Subito grant (2014) and a Kentucky Foundation for Women Artist Enrichment Grant (2013).

Rene is a recent graduate of the Curtis Institute of Music, where held the Edward B. Garrigues Fellowship.  Past teachers and mentors include David Ludwig, Mikael Eliasen, Jennifer Higdon, Richard Danielpour, Steve Rouse, and Brandon Goff.  She earned an M.M. in Music Composition at the University of Louisville as a Moritz von Bomhard Fellow and holds degrees from MediaTech Institute and Rhodes College.