Giuseppe Fortunino Francesco Verdi was born on October 10, 1813 in the small village of Roncole in Italy. At this time, however, the country of Italy did not yet exist but, rather, the area was made up of several small states, most under the domination of foreign powers. When Verdi was born, the village of Roncole, and its surrounding province of Parma, was under the control of the French.  In fact, Verdi’s original birth certificate is French with his name registered as Joseph Fortunin François.

Despite his later claims of an illiterate peasant upbringing, Verdi came from a family of traders and small landowners.  His mother, Luigia Uttini, was a spinner and his father, Carlo, was an innkeeper and very determined to provide his son with a good education.  Verdi’s strong musical inclinations were evident at an early age and his musical training began at the local church, where by the age of nine he was the full-time organist.  In 1823, he moved to the larger and nearby city of Busetto, where he became heavily involved in the city’s musical life both as a composer and as a performer.  He eventually moved into the house of Antonio Barezzi, a local merchant and devoted amateur musician.  There, Verdi gave singing and piano lessons to Barezzi’s daughter, Margherita, whom he would later marry, while he continued to take lessons on musical composition and instrumental playing from Ferdinando Provesi, maestro of the local Philharmonic society.

The running time is approximately 90 minutes with no intermission. 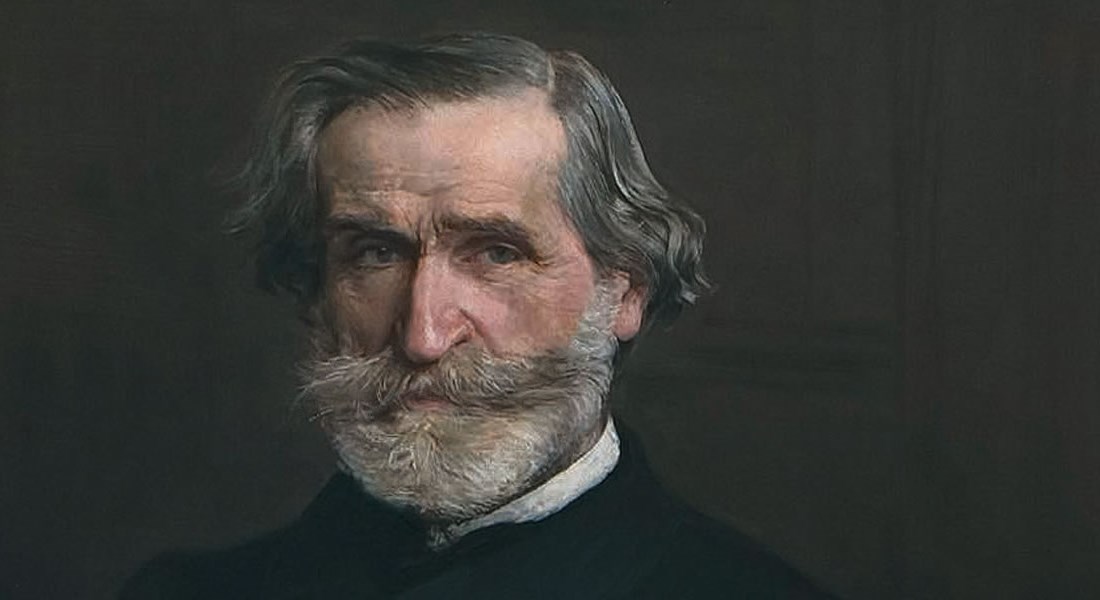 At the age of 18, with Barezzi’s financial support and Provesi’s glowing references, Verdi traveled to Milan and applied to the conservatory.  His application was rejected because he was over the age limit and, instead, he began studying with Vincenzo Lavigna, a composer and maestro at La Scala.  Verdi bounced back and forth between Milan and Busseto until 1836.  It was then that he returned to Busetto to marry Margherita Barezzi and to accept the position of maestro of the Busetto Philharmonic.  He held the position for nearly three years, during which time he and Margherita had two children, before the young family moved back to Milan.

In November of 1839 Verdi’s first opera, Oberto, conte di San Bonifacio, was accepted at La Scala.  It ran for multiple performances and was well received, winning him a contract for three additional operas.  Tragically, the composer’s wife and two children all died shortly after the premier. As a result, Verdi’s next opera, Un giorno di regno, was a complete failure.  The despondent Verdi resolved never to compose again until the maestro at La Scala, Bartolomeo Merelli, forced the libretto for Nabucco on him.  He was deeply moved by the Biblical story and the opera premiered two years later in 1842.  Nabucco enjoyed glorious success and carried Verdi’s reputation across Italy, Europe, and the New World. The Italians identified the captivity of the Israelites in the opera with their own dominance by foreigners and the patriotic chorus "Va, pensiero" quickly became a national anthem of sorts.  Verdi involuntarily became a leading figure in the movement toward a free, united Italy.

After the premiere of Nabucco, Verdi wrote 16 opera in 11 years.  The pinnacle of these busy years came between 1851 and 1853 with three of Verdi’s most popular operas. The first of these operas was Rigoletto, which was produced in Venice to huge success.  In 1853, Il trovatore premiered in Rome, earning great accolades. Just six weeks later La traviata opened in Venice. La traviata’s initial success was nothing compared to the previous two operas, but after some revisions it gained a great deal of support.  By the time he was 40, Verdi was the most famous and most frequently preformed Italian opera composer in Europe.

After spending some years in Paris, Verdi returned to Rome in 1859 for the premiere of Un ballo in maschera, which became his biggest success since Il trovatore six years earlier.  In August of that same year, Verdi married soprano Giuseppina Strepponi, with whom he’d been living for over a decade.  Also during this time, it became apparent that war with Austria was just around the corner.  Verdi again became a symbol of the desire for freedom and a battle cry.  His name happened to be an acronym for Vittorio Emmanuele, Re d’Italia, the king of Piedmont, who would soon become the first king of a united Italy.  “Viva V.E.R.D.I.” became the most revolutionary and patriotic exclamation in Italy.  With his imposed political standing, Verdi was elected to an Assembly in Parma dedicated to joining with the neighboring province of Piedmont and by 1861, the unification of Italy was well underway.  Verdi was elected to the first Italian parliament where Vittorio Emmanuele II, King of Piedmont, was proclaimed King of Italy.  He was not, however, an especially active member and his formal political career was short.

After a three year hiatus, Verdi resumed composing with La Forza del Destino for St. Petersburg in 1862.  He traveled extensively in the following years to Russia, Paris, Madrid, and London, supervising productions of his operas.  He enjoyed tremendous success with his final three operas: Aida in 1871, Otello in 1887, and Falstaff in 1893.  In all he wrote 26 operas, several in two different versions, and lived to the age of 87.  He died in Milan on January 17, 1901.  The composer had asked for a funeral with no music and no singing but, as 200,000 people lined the streets for his funeral, it is said that someone in the crowd started to sing "Va, pensiero" and soon everyone softly joined in the famous melody.