The Drama of Tosca

The performances have reached capacity and are no longer on sale. The Drama of Tosca will be available on the Opera Philadelphia Channel beginning June 17.

In a special concert adaptation, the tragic tale of Tosca takes on a completely new dimension. Seen through the eyes of an omniscient narrator, this innovative version of Puccini’s beloved work bridges opera and storytelling, highlighting major themes from the original. Created to address concerns around audience and artist safety, The Drama of Tosca is 90 minutes (with no intermission) and focuses on the three principal characters. They are joined by the spoken narrator, full orchestra, and adult chorus.

Opera Philadelphia is thrilled to resume live performances with this unique presentation at one of the country’s largest open-air music centers. The piece is a dedication to all who, as Tosca sings in the famous aria “Vissi d’arte,” devote themselves to art, particularly in challenging times.

Safety precautions will include mandatory masks, reduced audience capacity, physical distancing, and a mandatory self-health assessment. Concessions will be closed and food and beverages will not be allowed.

MapMann Center for the Performing Arts

These performances in the TD Pavilion at the Mann Center for the Performing Arts replace the five performances originally planned for the Academy of Music.

The Drama of Tosca will also be available for on-demand streaming on the Opera Philadelphia Channel, with a seven-day rental or subscription, starting this summer.

Leadership support for The Drama of Tosca has been provided by Judy and Peter Leone.

Maestro Corrado Rovaris’ engagement as the Jack Mulroney Music Director has been made possible by Mrs. John P. Mulroney.

The Opera Philadelphia Orchestra is underwritten by Alice and Walter Strine, Esqs. 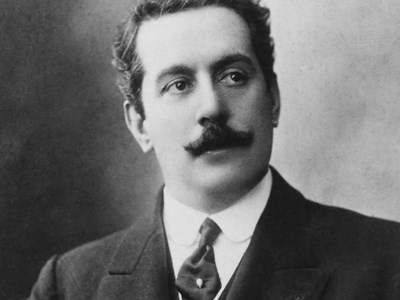 Italian composer Giacomo Puccini, born on December 22, 1858, started the operatic trend toward realism with his popular works, which are among the most often performed in opera history. But the fame and fortune that came with such successes as La bohème, Madame Butterfly and Tosca were complicated by an often-troubled personal life. Learn more about Puccini.

It's Freedays on Fridays time again! You can now watch @davidtlittle and @johnmcbaritone's GRAMMY-nominated Soldier… https://t.co/npQ4ajIqPj 7 hours ago This Saturday, join our friends at the @MAHistoricalSoc for their Sound of Liberty concert! The concert begins at… https://t.co/5cCQrYkD9a Yesterday