Throughout March, the Opera Philadelphia blog hosts a celebration of Women’s History Month, shining the spotlight on the women creating opera today. Just tuning in? Check out an interview with War Stories director Robin Guarino and a guest post from Breaking the Waves composer Missy Mazzoli on the contemporary composers who inspire her. Next up: I Have No Stories To Tell You librettist Hannah Moscovitch reveals how writing for TV changed her opera writing style.

Next up: our own Elizabeth Braden discusses her evolution from singer to Chorus Master and conductor. 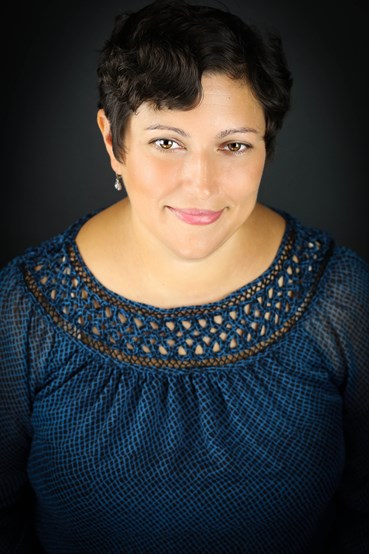 I’ve been the Chorus Master at Opera Philadelphia since the 2004-2005 season; to say a lot has changed with the company since then is an understatement. I’m so happy that I’ve been here for the ride, for all the changes that have happened, and I look forward to all the adventures yet to come. When I started in the fall of 2004, I was really an opera neophyte, and had been on quite a journey trying to find my way and my niche.

I went to West Chester University with the goal of being a music teacher. I loved music in high school; I sang in choirs, played in the band, and was truly inspired by my music teachers. But along the way, while I continued to love music, I came to realize that classroom teaching was not for me. It is a noble, noble profession, and one that needs ALL of our support these days! But I knew I needed to find another path. While still at undergrad, I was inspired by another teacher, my choral conducting professor, who also happened to be the then Chorus Master at the then Opera Company of Philadelphia, Donald Nally. He brought his students to the opera, and I saw my first live opera right here in the Academy of Music, almost 25 years ago. Little did I know at the time that someday I would be sitting in the same seats -- not as an audience member, but as a music staff member.

I had fallen in love with choral conducting, and feeling the pull to move in that career direction, I went to Westminster Choir College to study with Joseph Flummerfelt, where I received a Master’s Degree in Choral Conducting. I still didn’t know where I would end up, but I knew it would involve conducting singers. Opera continued to be in my periphery; I spent several summers singing in the chorus at the Spoleto Festival in Spoleto, Italy, where as resident chorus we sang in many operas productions. For my degree recital at Westminster, I decided to include an opera chorus as part of my repertoire, and conducted the finale of Beethoven’s Fidelio as the finale to my recital. Again, it proved to be a bit of foreshadowing, as about ten years later I would prepare the chorus for Opera Philadelphia’s production of Fidelio! But at the time, opera still just seemed like something fun, but not necessarily a direction my life would take. 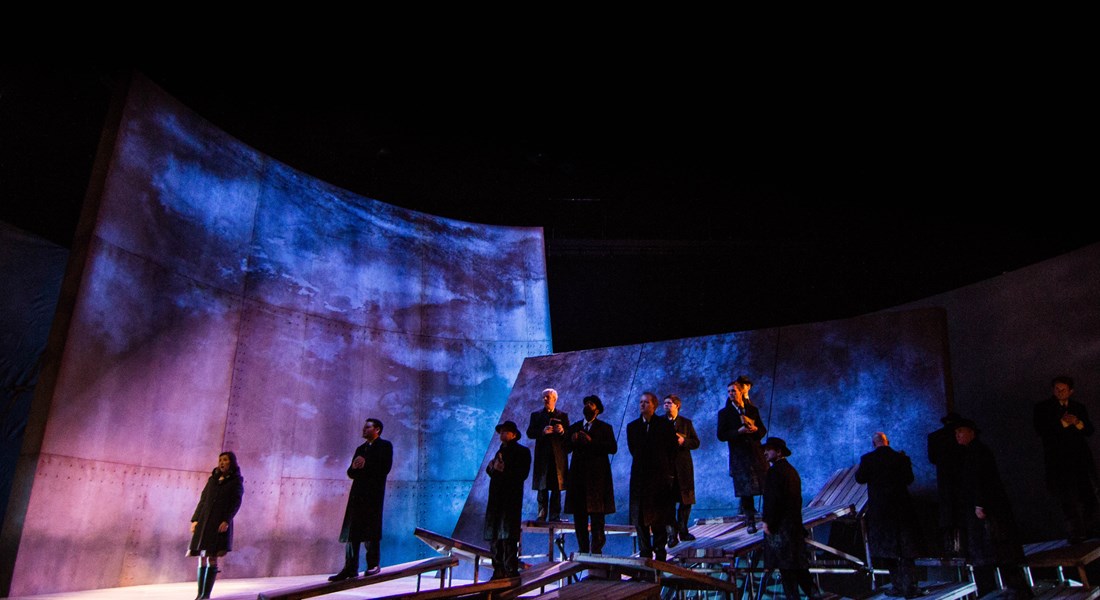 I spent the next few years doing a variety of things. I conducted church choirs and a Polish Women’s Choir, I taught piano lessons, I worked for a small music publisher, and I was the assistant conductor to a symphonic chorus. I enjoyed what I did, but was still floundering a bit, trying to find my way. Then, in 2004 when Donald Nally announced he was leaving (then) Opera Company of Philadelphia, he encouraged me to "throw my hat in the ring" for the job. Not knowing if they would ever consider someone with so little opera background, I applied for the position. I was selected as one of several candidates to come and audition, and I had the privileged of preparing the chorus for The Grand Duchess of Gerolstein in the spring of 2004. As they say, the rest is history… or, in honor of Women’s History Month, I might say the rest is HERstory!

I’ve spent the last 13 years working at Opera Philadelphia, surrounded by the most amazing colleagues, conductors, directors, pianists, singers, and most of all, the best, most talented, most giving, most amazing human beings: the Opera Philadelphia Chorus. (I know I’m biased, but the chorus at Opera Philadelphia is a real treasure. They sing fantastically, they are willing to try ANYTHING on stage, and really, they the nicest most genuine people one could ever have the pleasure of working with. I am truly lucky to lead this wonderful chorus!)

I joked that the rest is ‘HERstory’ – and in fact it is one woman’s story, ‘her’ story – my story – about getting into opera and becoming a chorus master and conducting. But in fact, the field of conducting, be it as chorus master or conductor, is really still predominantly a man’s world. If you look around at the top opera companies in the United States, most of them have a male chorus master. There are a few other women chorus masters, but we are still somewhat of a rare breed. The same holds true for conductors – there are some really talented, special women conductors out there working in opera (and in other musical genres), but they are definitely in the minority. I hope that women continue to go into conducting, be it choral or orchestral, and that in the years to come it won’t be so rare to have a female conductor or chorus master. 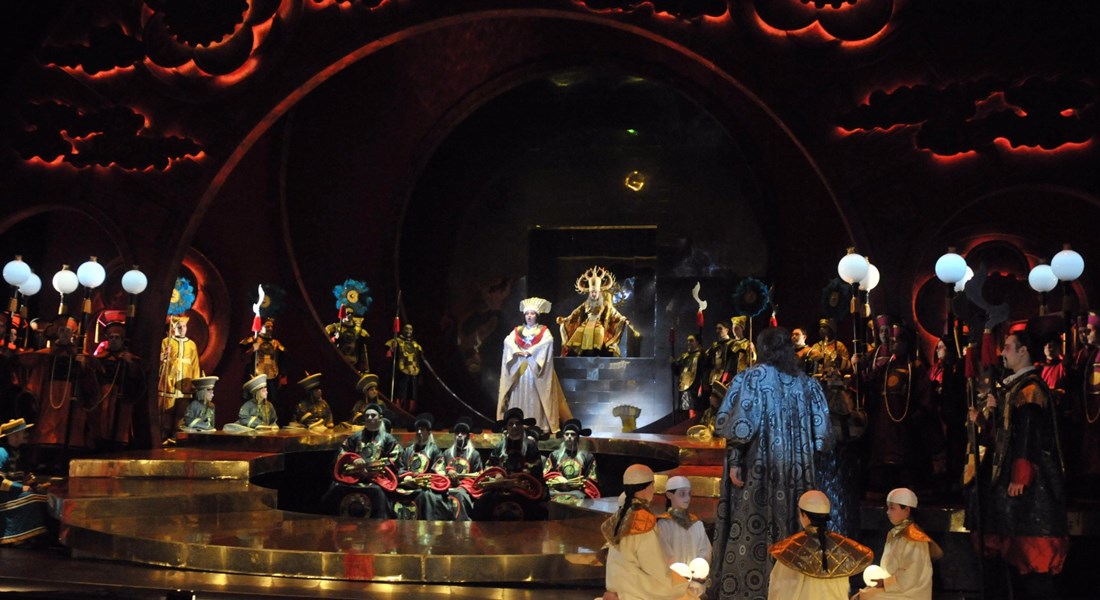 One place where it will now be a little less rare to see a woman conducting an opera will be right here at Opera Philadelphia. This fall, as part of our festival, O17, we’ll be presenting David Hertzberg’s The Wake World. There are so many things that will be special about this opera: it’s a site specific work, being written and conceived to be performed at The Barnes Foundation; it features in a very prominent role the wonderful Opera Philadelphia Chorus; and it will be the third production ever at Opera Philadelphia to be conducted by a woman. I’m thrilled to be conducting this piece, and I can’t wait to share it with you this fall. I had the joy to conduct a workshop a few weeks ago where we got to explore the first part of the piece with the chorus and two principal singers, in the presence of the composer and the director. It was a special experience, and I can’t wait to dig into this piece, and see how it will take shape musically and dramatically.

I’m happy to have been able to share some of my story and some of my thoughts with you, and thanks to Opera Philadelphia for letting me take over the blog for a bit! This company is an amazing place to be, and I’m looking forward to so many of our upcoming ventures. Hope to see you at the opera!