Gioachino Antonio Rossini was born on February 29th  in the leap year of 1792 in Pesaro, a small town on the Adriatic coast in central Italy.  His father, Giuseppe, was a horn and trumpet player and his mother, Anna, was a singer with a beautiful voice.  Gioachino grew up in a household filled with music.  At six years old, he was accepted in Pesaro’s municipal band as a listaro, or player of the metal triangle that is called the lista.  He was thought of as the band’s mascot.  His parents traveled from town to town performing in theaters, and while they were away, Rossini stayed with his maternal grandmother.  At school he was a troubled student and he often got into fights.  Listening to his mother sing was one of his greatest joys during his childhood.  He appeared in a public concert with his mother in 1804; that same year Rossini composed his 6sonate e quattro in which his graceful, lively manner and idiosyncratic phrasing were already evident.  In 1810, he received his first commission to write an opera.  He wrote La cambiale dimatrimonio (The Bill of Exchange of Marriage), a one-act comic opera that displayed his amazing vitality and imaginativeness.  This opera had a run of thirteen performances.

Approximately 90 minutes with no intermission.

There are no refunds or exchanges. In the case of inclement weather, admission to the venue or show times may be delayed; check MannCenter.org for updates. 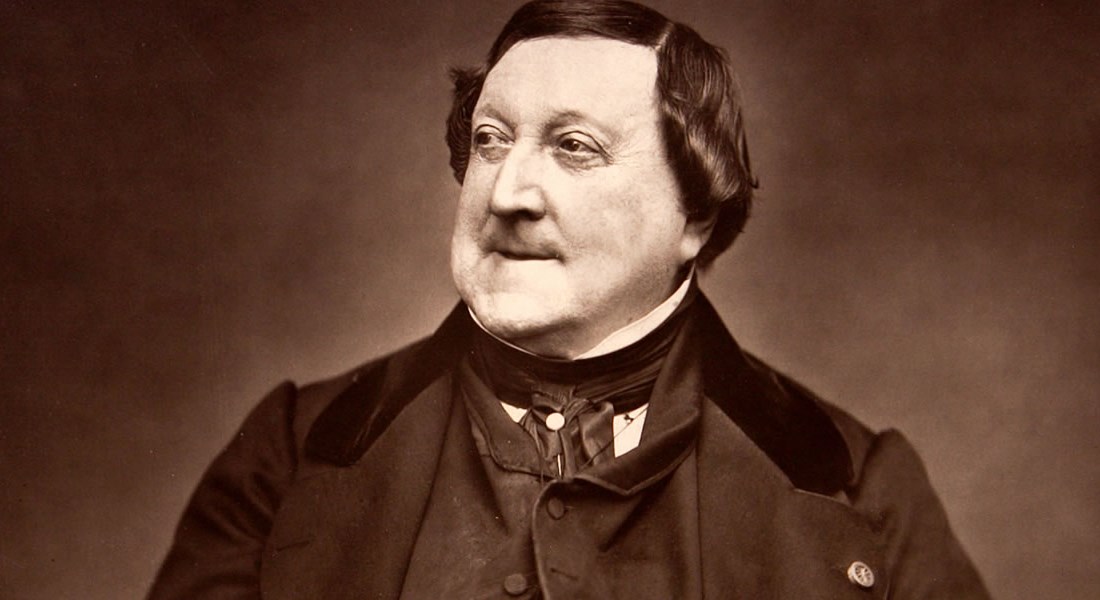 However, this was the era of Napoleon and war was raging in most of Europe.  As Rossini came of age, he risked being dragged off to fight in one of the many campaigns of the war.  So in 1812, he requested permission from the son of the then deposed Empress Josephine to stay out of the Napoleonic wars.  He was fortunate to have had a success with his first opera because he was granted a reprieve so that he could devote himself to his music.  Rossini had another great success with La pietra del paragone (The Touchstone).  It was first performed in 1812 and was filled with energetic and inventive music.  It was a lively satire that had a run of 53 performances in a single season at the famous Milanese theater, La Scala.  As a result, Rossini received three times the amount he had received for his first opera.  Rossini began to write music at a feverish pace.  He composed six operas in the next 15 months, including the 1813 opera buffa masterpiece L’italiana inAlgeri (The Italian Girl in Algiers), and the melodrama Tancredi.  This last opera brought him European fame.  By the end of 1814, Rossini had written fourteen operas.

In 1815 Rossini moved to Naples, where he lived for the next seven years.  Naples was a bustling city with several beautiful theaters and many enthusiastic theater-goers.  There Rossini met the great Italian opera producer Domenico Barbaja.  He also met the striking singer Isabella Colbran.  She was a leading soprano who favored grand, tragic roles.  In the next seven years Barbaja produced as many as ten of Rossini’s operas which were all composed for Colbran’s virtuosic voice.  In 1816, Rossini took a side trip to Rome and wrote his greatest masterpiece, Il barbiere di Siviglia (The Barber of Seville).  Back in Naples, Rossini wrote two more great operas, La Gazza Ladra (The Thieving Magpie, 1817) and the lavish, Bible-inspired work, Mosè in Egitto (Moses in Egypt, 1818).

In March 1822, Rossini married Isabella Colbran.  Shortly thereafter, they traveled to Vienna for a Rossini festival that ran from April to July.  While there, Rossini heard Beethoven’sSymphony #3 (Eroica Symphony) and had a visit with the great composer which deeply moved him.  Beethoven’s comment to Rossini was that attempting anything but comedy would be pressing his luck.  In Venice in early 1823, Rossini premiered one of his last Italian operas, Semiramide.  This opera was of the seria(serious) type.  It was a great success and affirmed his claim to be one of the world’s leading composers.

In August 1824, the Rossinis traveled to Paris to immerse themselves in the French musical world.  Paris was the major opera center for most of the 19th century, attracting great composers and singers from throughout Europe.  Rossini was caught up in Romanticism, the century’s primary artistic ideal.  A response to the rationalism of the 18th century, Romanticism was about love, as well as a celebration of nature and of the simpler life.  In Paris, between 1824-29, he composed five operas, one in Italian and four in French.  In his final opera, Guillaume Tell (William Tell, 1829), Rossini reached his musical peak and earned a national reputation which during the rest of the century was equaled only by Wagner and Verdi in their best moments.  Of Tell, the composer Donizetti said that if the first and third acts were composed by a genius, the second was written by God Almighty.

A few days after Tell’s premiere, Rossini left Paris and returned to Italy.  He was looking forward to a long restful stay in Bologna.  Two months earlier, King Charles X of France had granted him a pension when it was learned that he intended to retire from writing opera.  Rossini hoped to leave music before it left him.  However, a year later (1830) Rossini had to rush back to Paris because King Charles X was deposed in the July Revolution in Paris.  The new king, Louis-Philippe, deprived Rossini of all his privileges as well as his pension.  Rossini’s visit to Paris turned out to be much longer than he anticipated.  It took him five years to secure his pension, but in the end he was able to receive all that was owed him.  Unfortunately, Rossini and his wife separated after he had to return to Paris.

While back in Paris, Rossini had dinner with his friend the French author Honoré de Balzac and met Olympe Pélissier.  This exceptional woman became his faithful companion, and after the death of Isabella in 1845 she became his wife in 1846.

Rossini’s main accomplishment in Paris in the early 30's was the publication of Les soirées musicales (1835), a group of eight chamber arias and four duets.  By the late 1830's, however, he was seriously ill.  He and Olympe moved to Bologna in 1837.  His next major musical success was his Stabat Mater (1842).  Despite its immediate worldwide success, he composed less and less.  In 1848, after a distressing encounter with an antagonistic mob, he moved from Bologna to Florence, spending much of the next seven years in bed being cared for by his loyal wife.

Finally, in 1855, Olympe moved Rossini back to Paris.  There, his condition slowly improved, and in 1857 he began to compose the small piano and vocal pieces that he called Péchés de vieillesse (Sins of Old Age), which numbered more than 150.  In December 1858, he and Olympe held the first samedi soir (a musical party); everyone in Paris wanted an invitation to one of his Saturday evening musical events.  In the last years of his life, Rossini enjoyed these gatherings as a way of seeing his friends and as a way of having his small vocal pieces performed.  Rossini’s last substantial piece was the sacred choral work Petite Messe Solennelle (1864).  The last samedi soir was held September 1868.  Rossini died a few months later, on Friday, the 13th of November.

A great of opera

Today, Rossini is considered by many to be the first great Italian composer of the 19th century.  For much of the first half of the century, Rossini was the most influential composer in the world.  But by the time he died in 1868, many of his operas were no longer played.  By the turn of the century, he was known to most people as the composer of a single opera (The Barber of Seville), several overtures, and one religious work (Stabat Mater).  It has only been since the 1950's that Rossini has been given the credit he is due.  This is a result of committed scholarship and the availability of singers who have mastered the difficult technique that proper Rossini singing requires.  Many of his works have beenre-evaluated, produced on stage, and recorded.  Each August, Rossini’s hometown of Pesaro holds a festival in which at least one of his rare works is staged.  Today he once again is considered a major influence in the development of both Italian and French opera.